I think that if I had to pick my last supper, a plate of lasagne would be high up on the shortlist. The combination of juicy, tomato-y meat with soft egg pasta and a gooey melted cheese sauce is hard to beat! 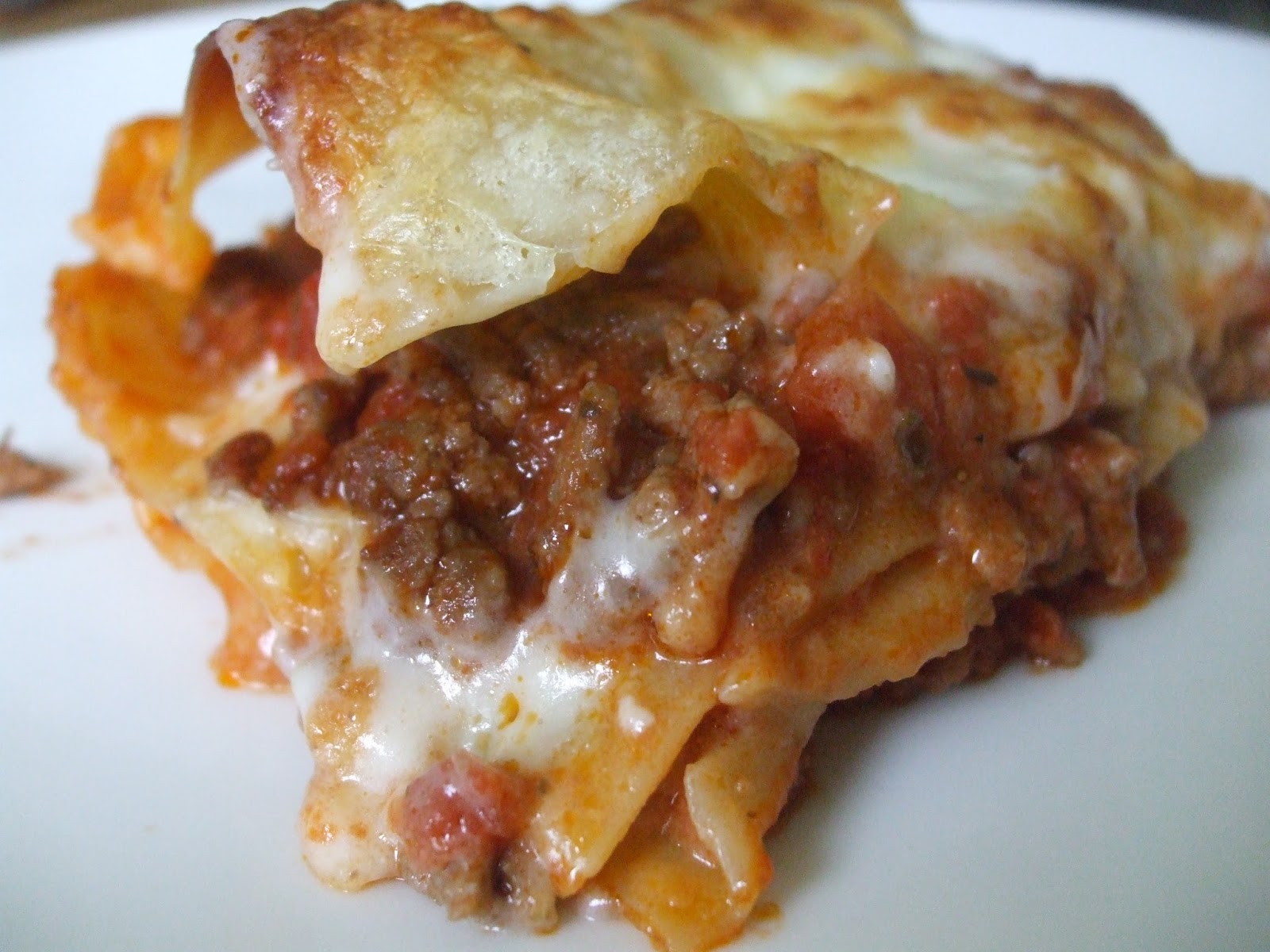 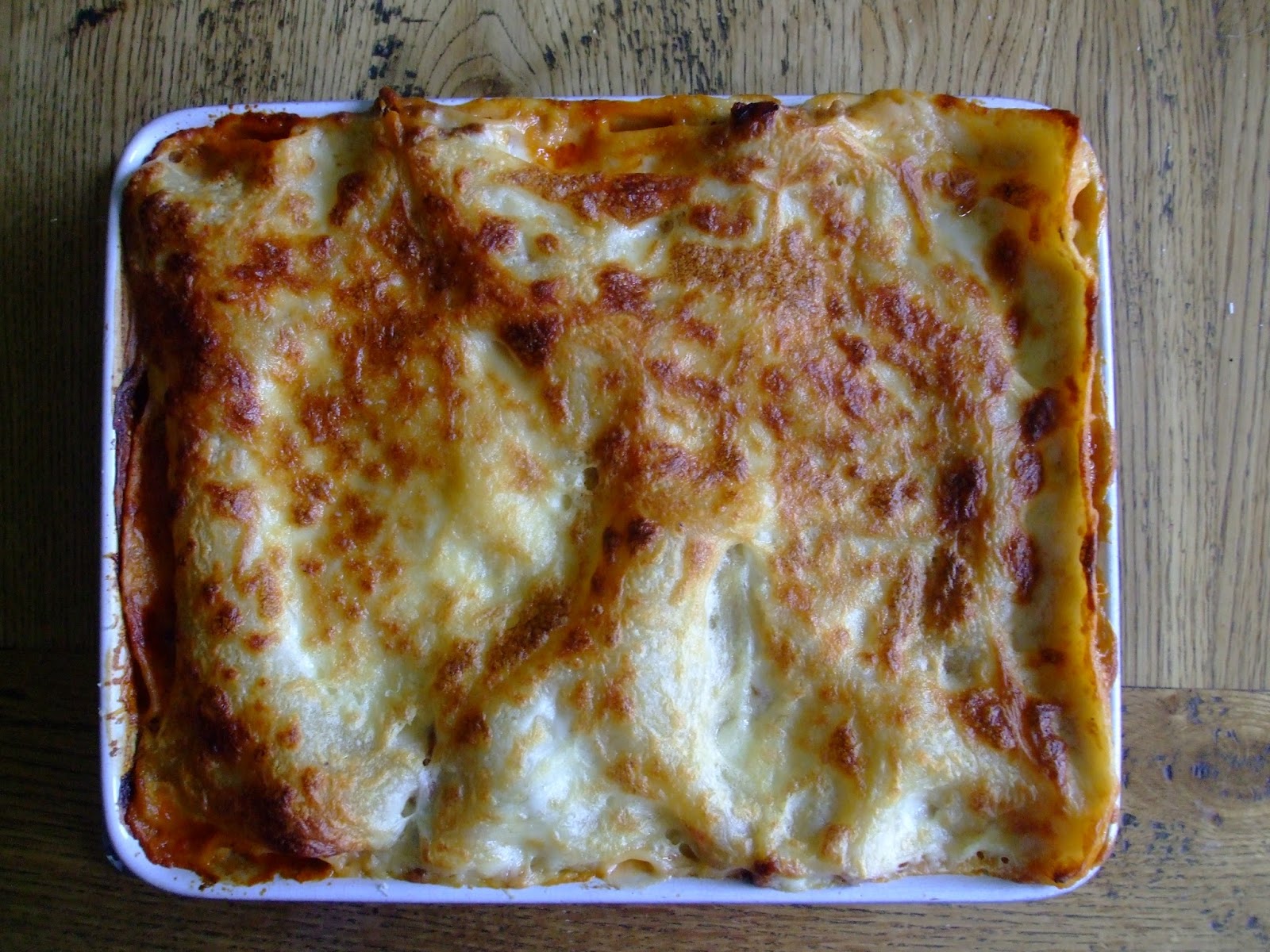 However, I've tried many lasagne variations in restaurants over the years and have often been disappointed. Too often, the meat has been sloppy, and tastes like the sauce has come out of a bottle. I've even had it where there was only one layer of pasta - shock horror! 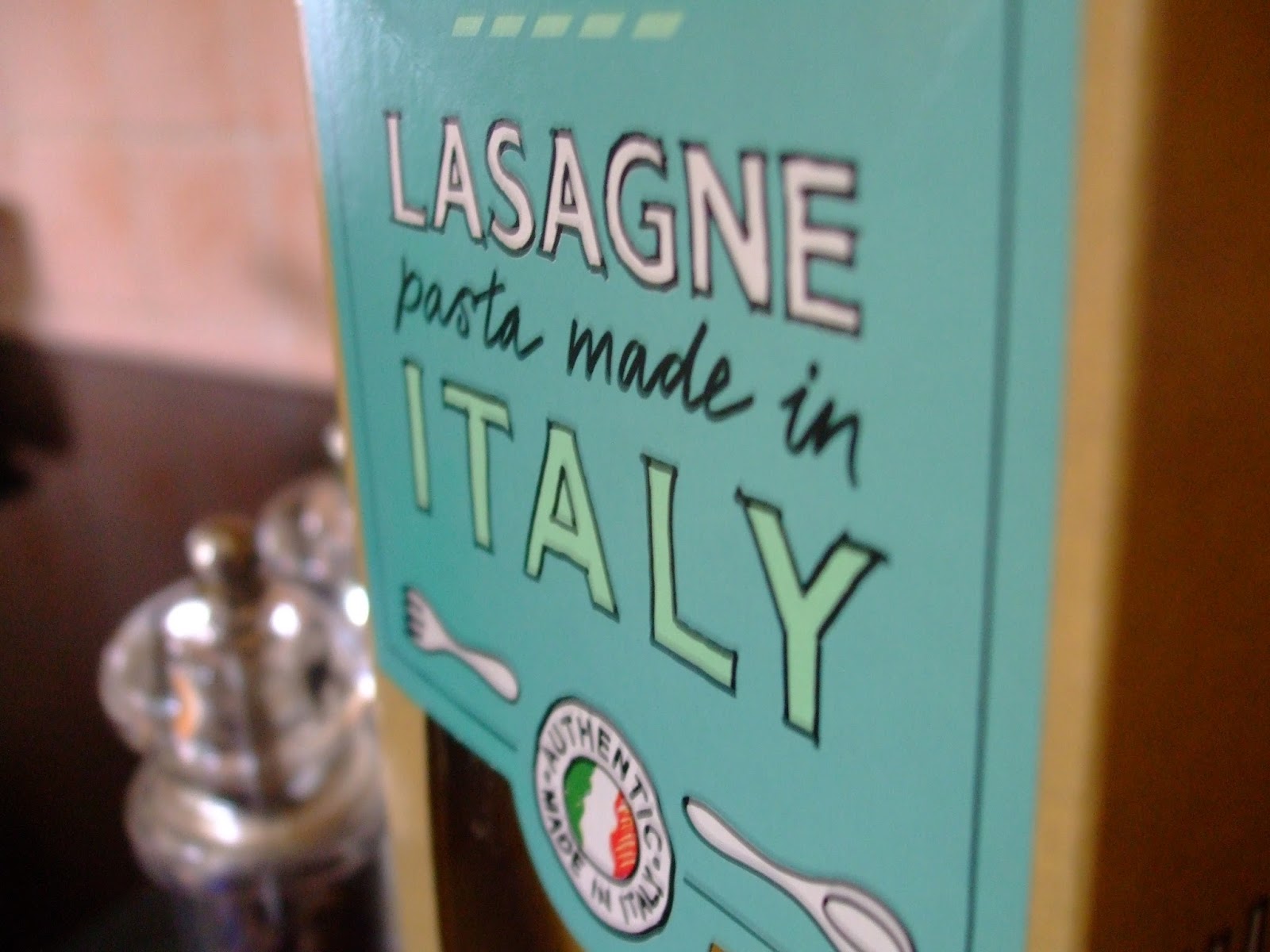 This recipe does not disappoint. Layers of meat, pasta, and cheese all ooze together in the oven and come out crispy on top and melty in the middle. Served with some garlic bread and a crisp green salad, you'll soon see why it's one of my favourite dishes! It also tastes good reheated for lunch the next day - if there's any left. 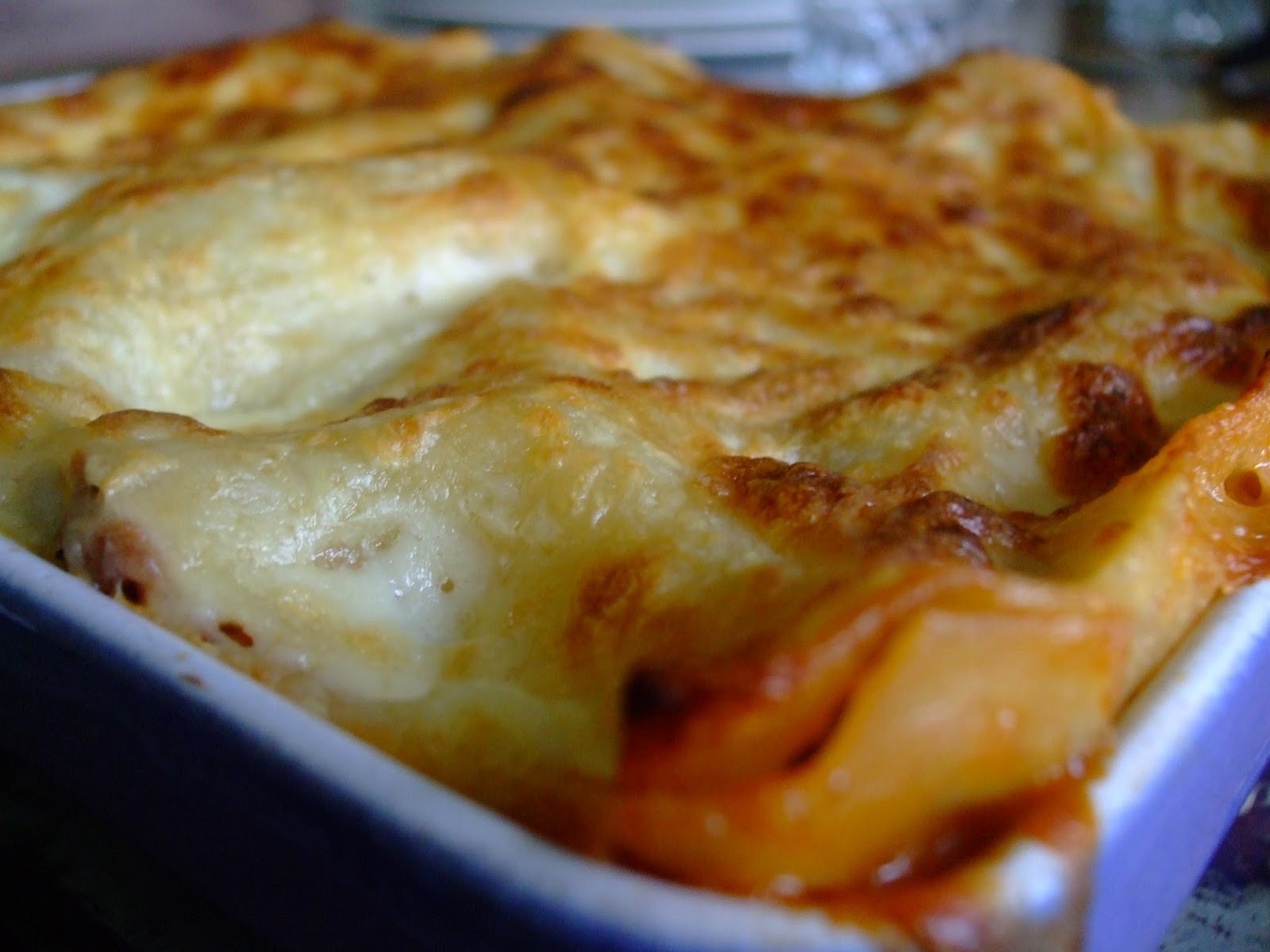 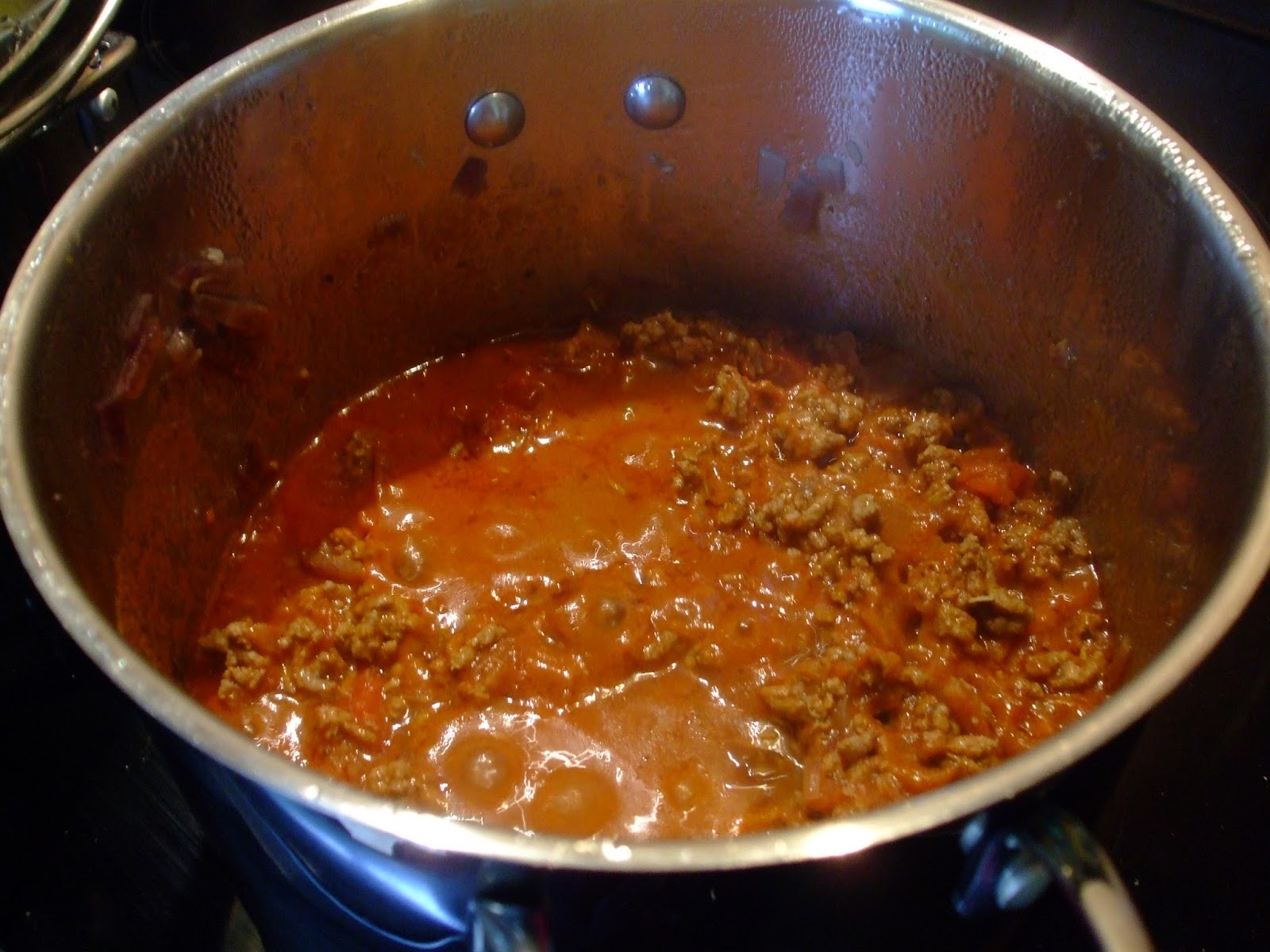 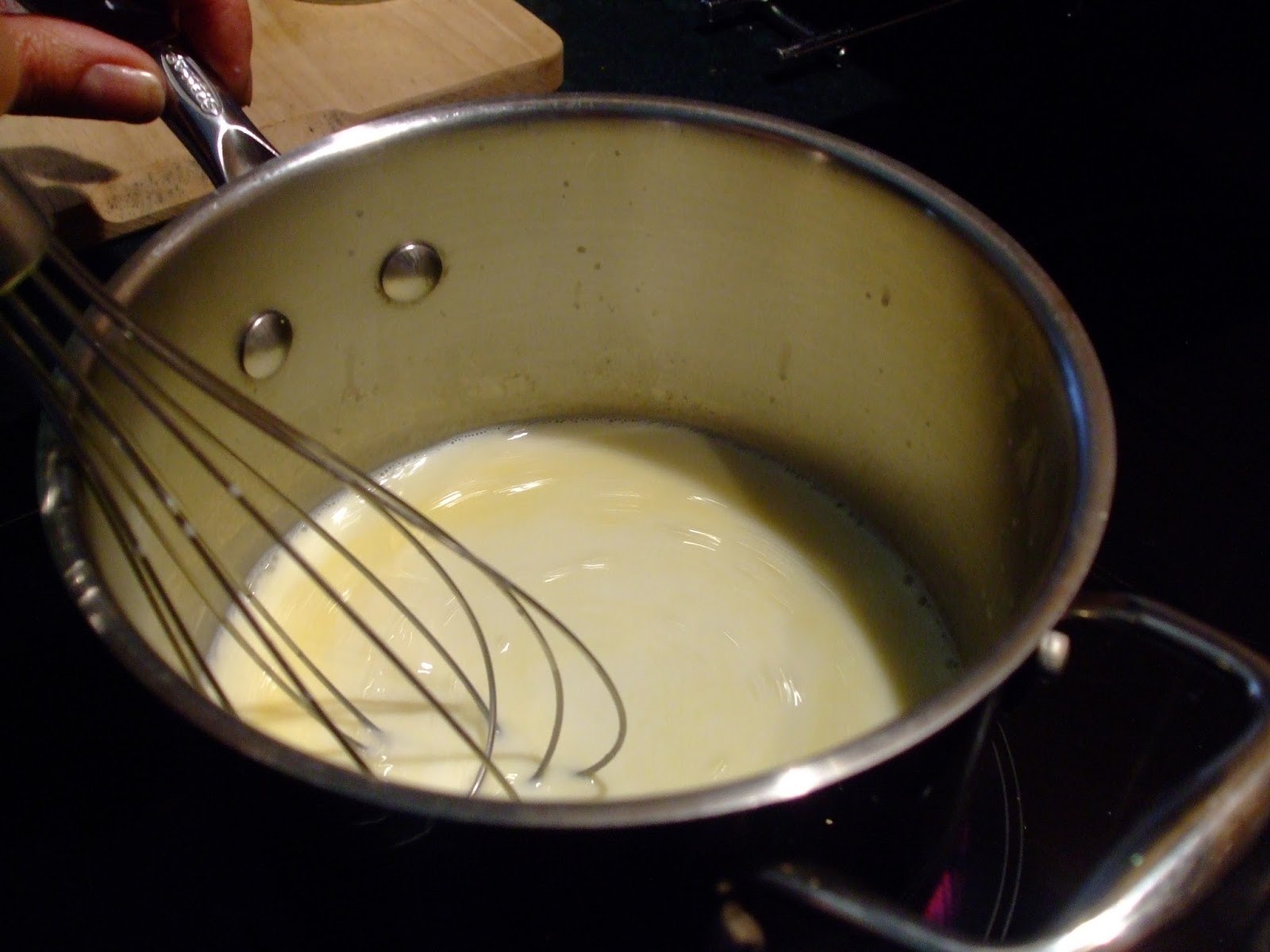 Now for the roux; slightly different to the traditional method, but it works for us! 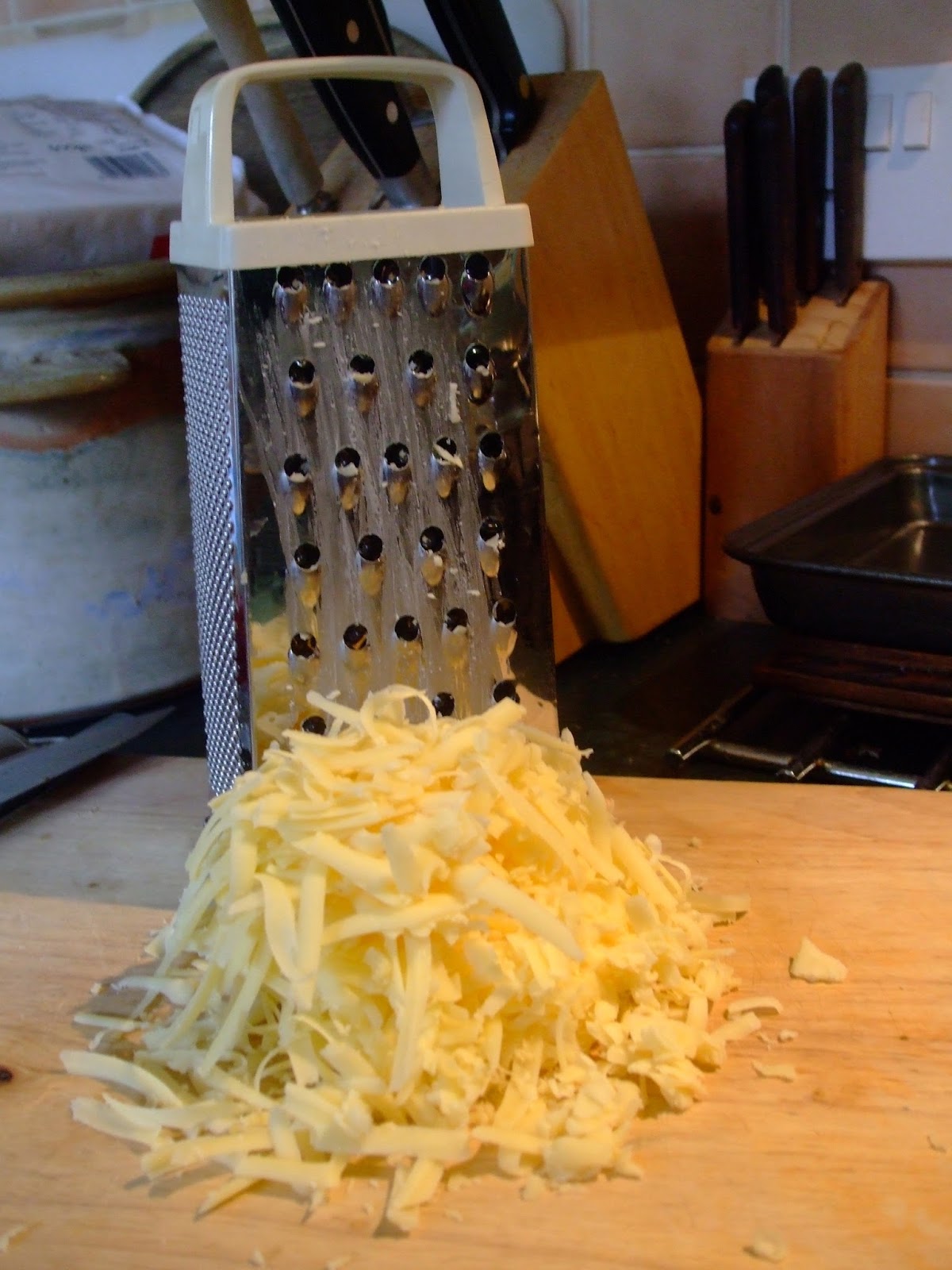 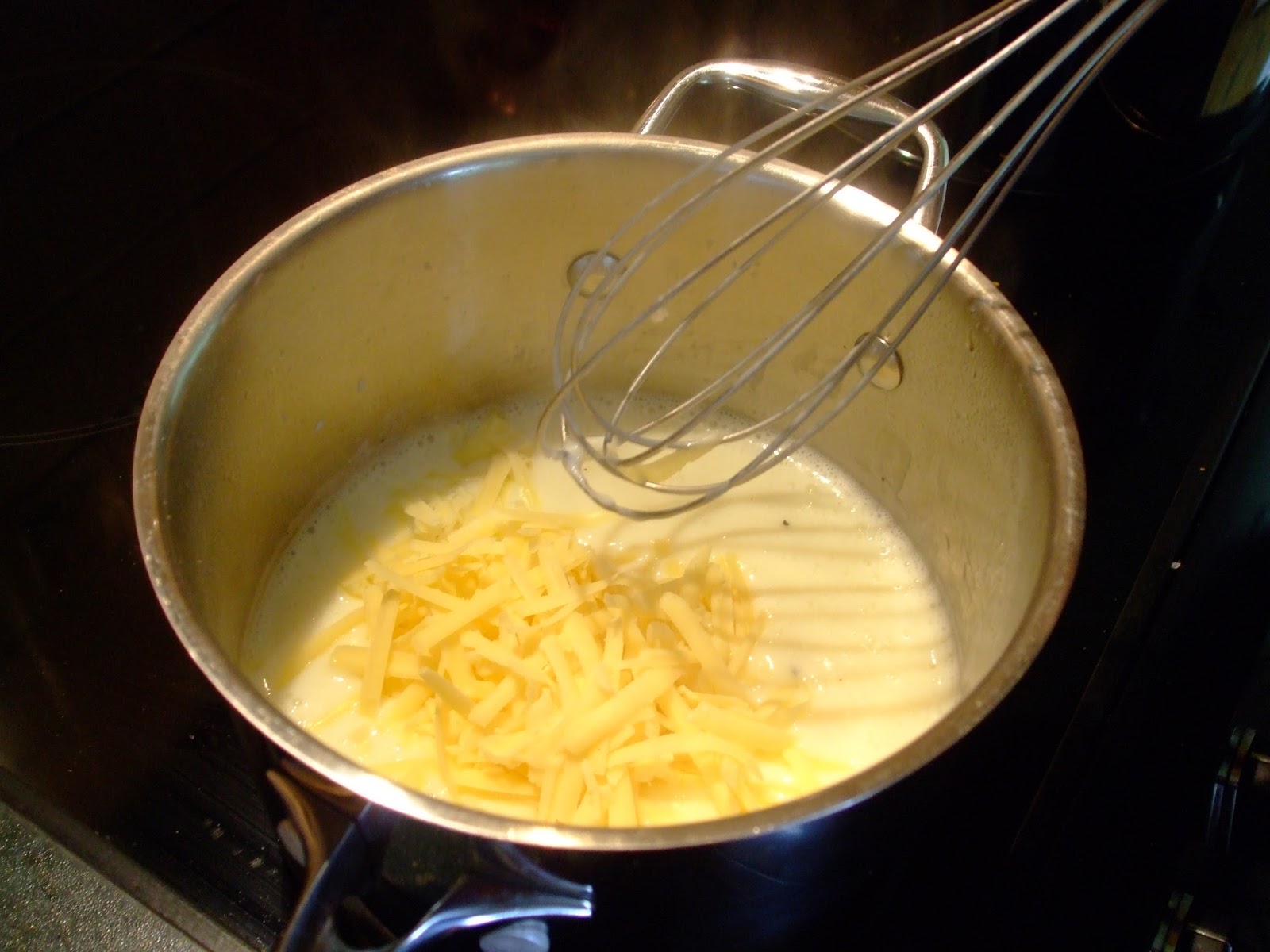 Watch it melt in - resist the temptation to try it! 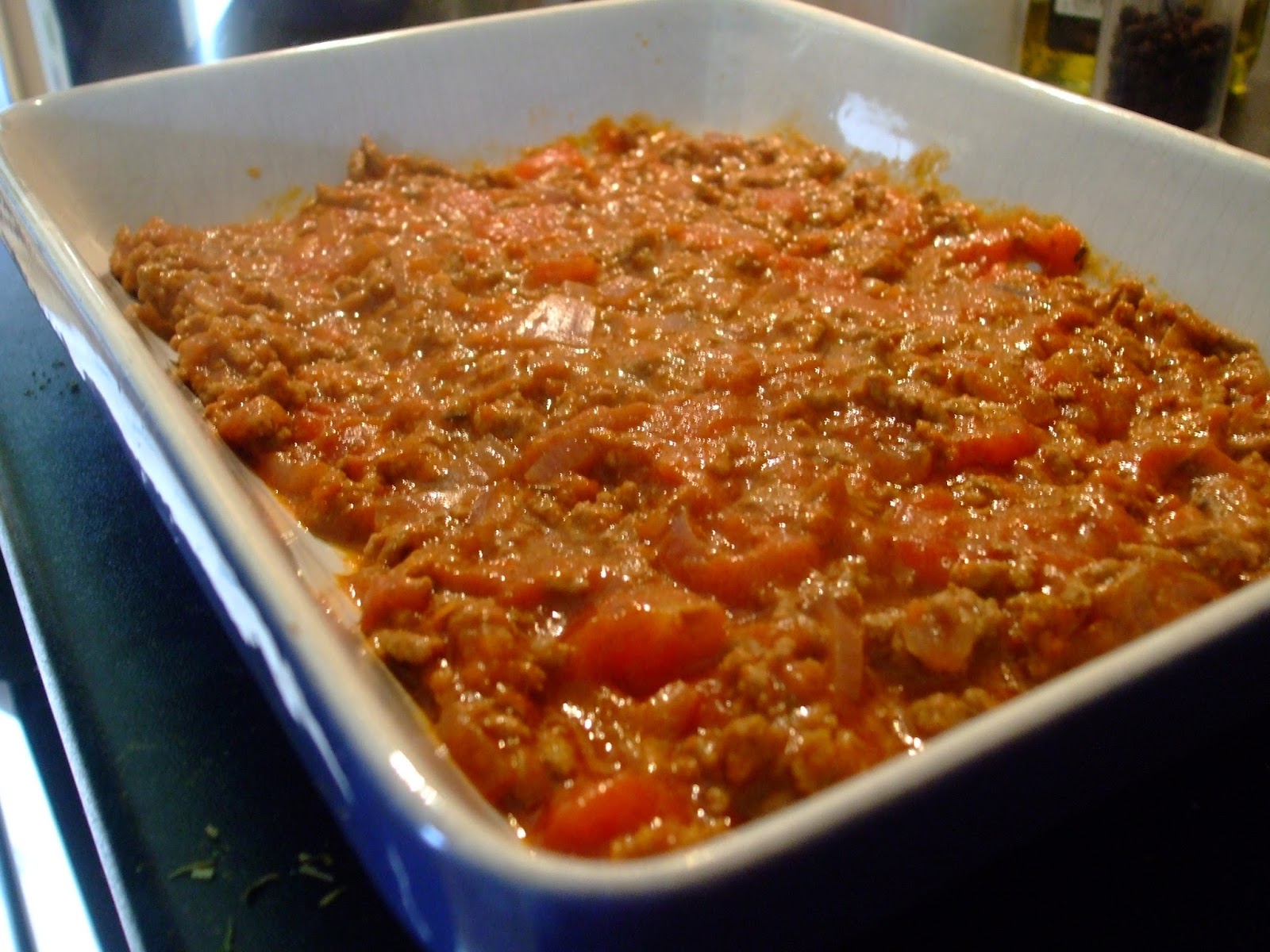 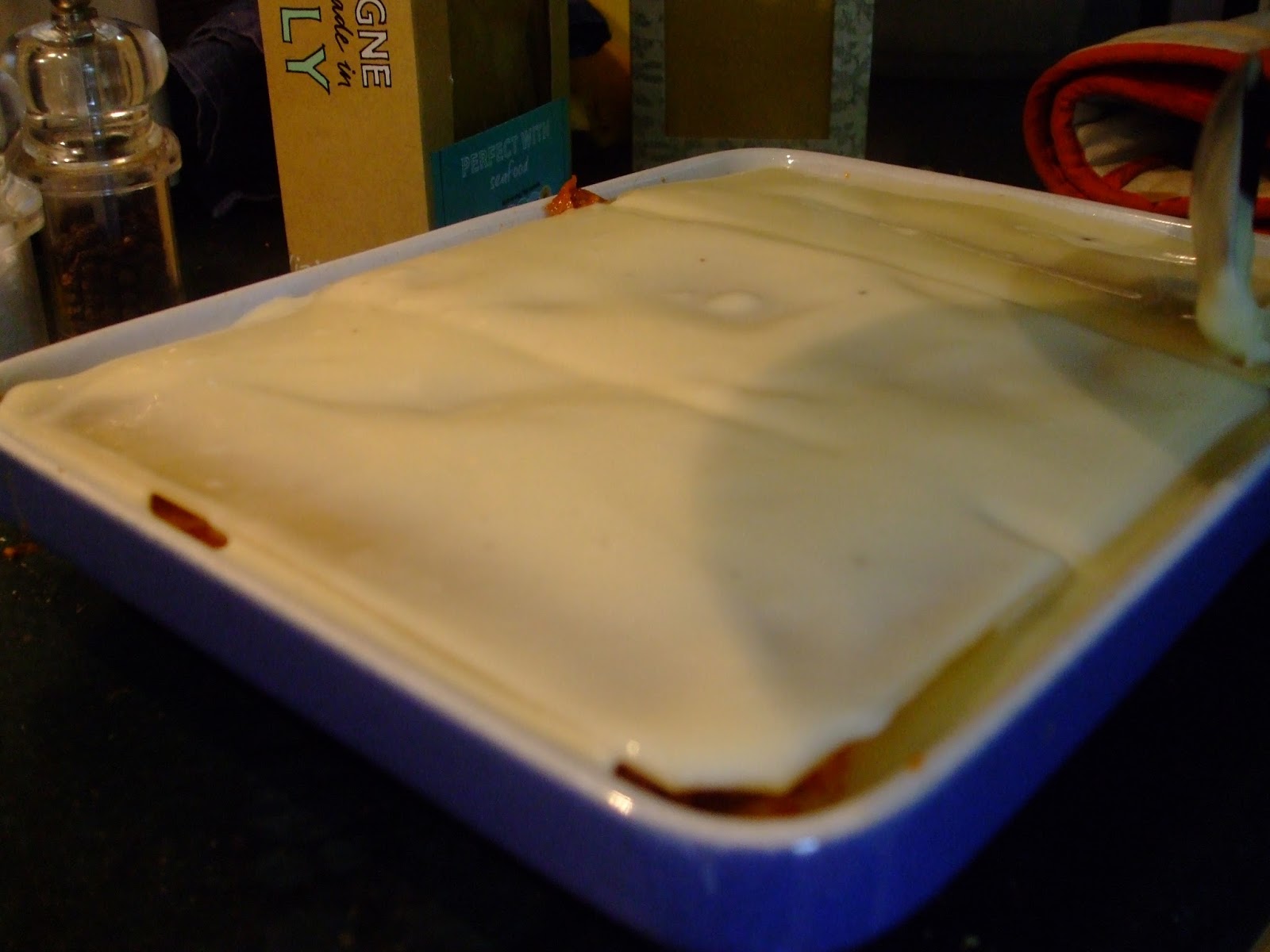 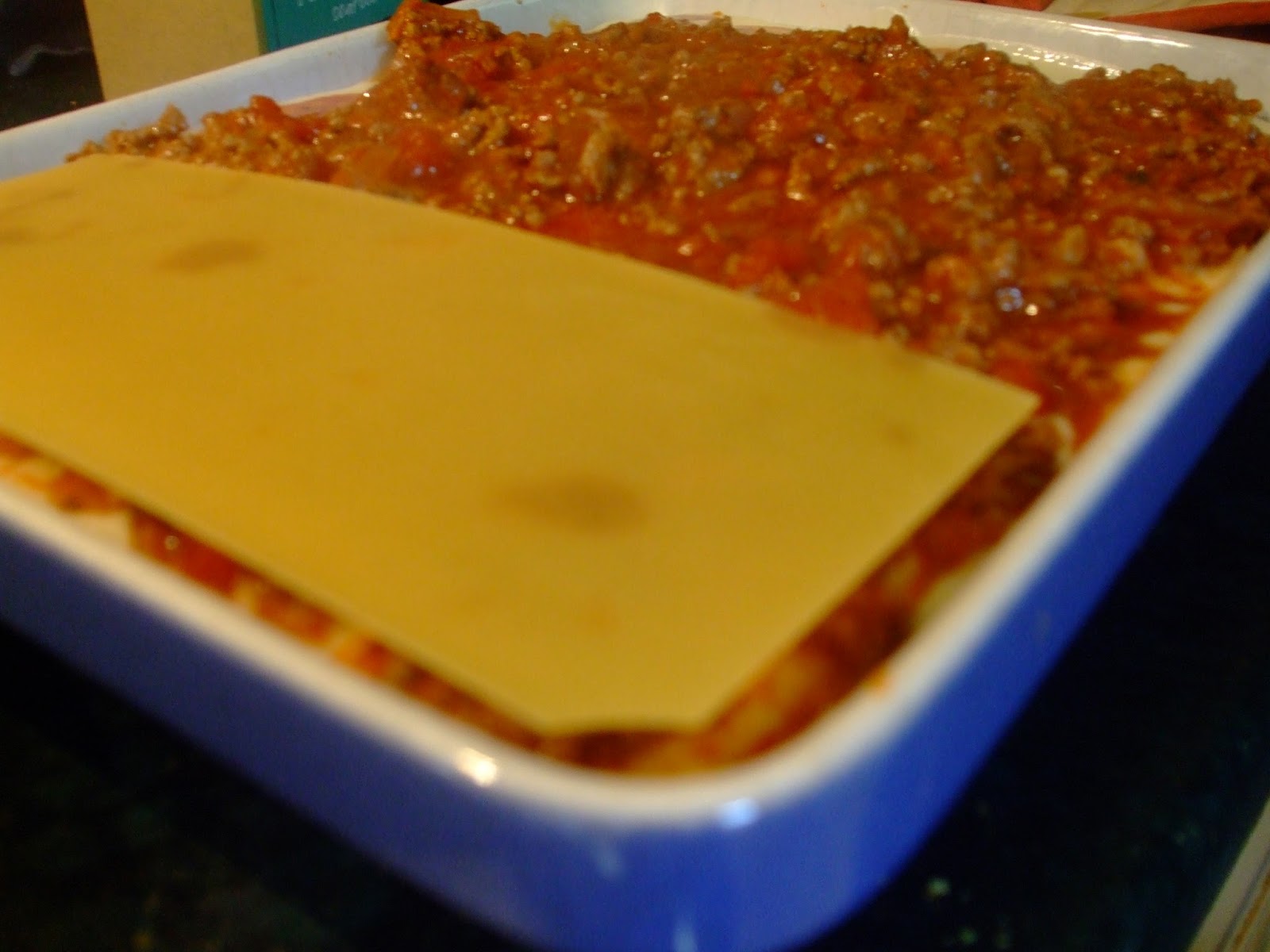 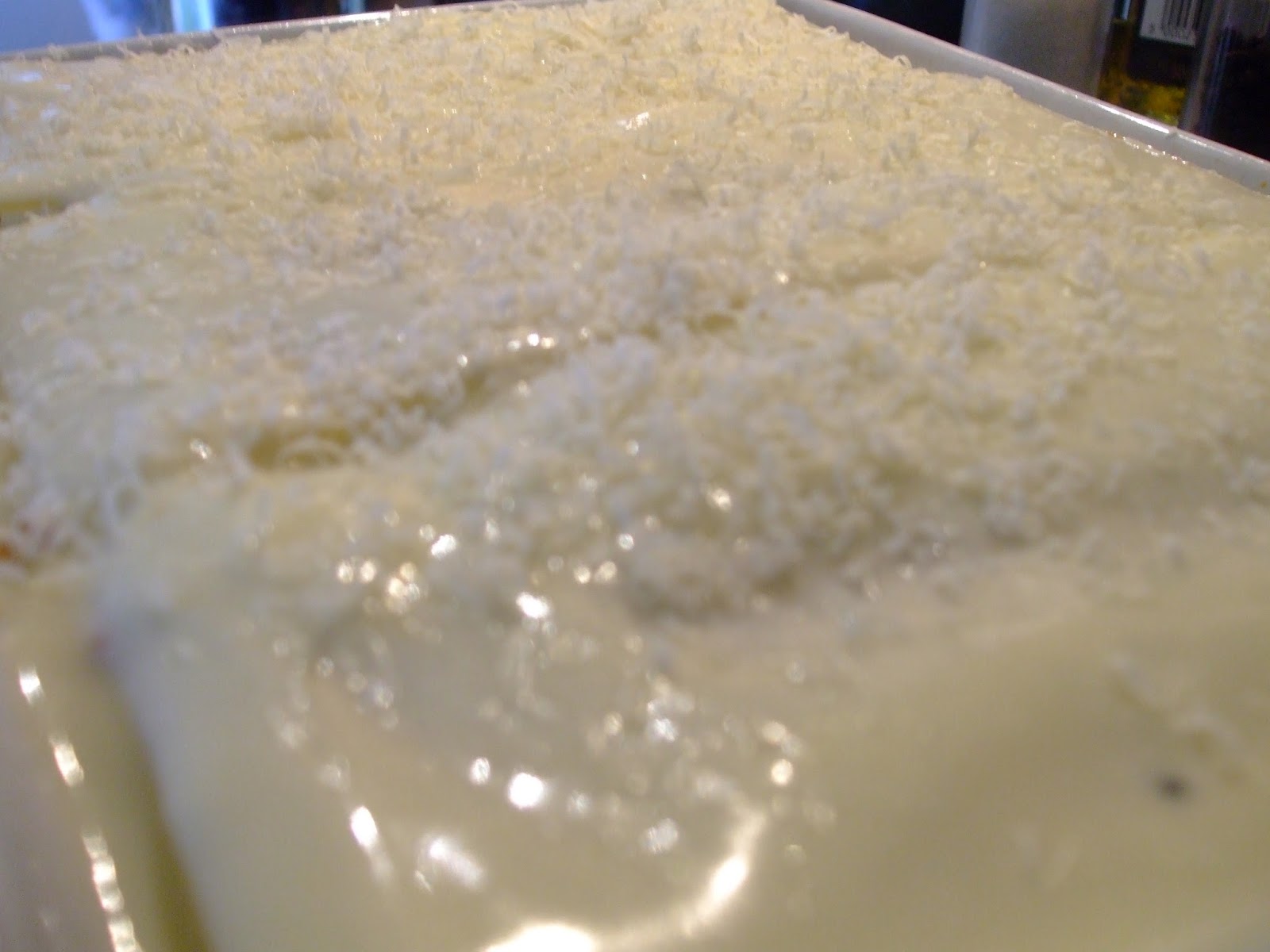 Sprinkle on the Parmesan.

1. Make the bolognese according to instructions. Heat the oven to 180°C.

2. Prepare the sauce by melting the butter in a pan in a low heat. Blend the cornflour and milk together in a little bowl, making sure to get as many lumps out of the mixture as possible. Add the milk mixture to the butter pan and whisk constantly until thickened, adding more milk if it starts to become too thick to whisk.

3.Take the pan off the heat and add the grated cheese, stirring it in to make sure that it melts. Season - mainly with pepper, as the cheese is quite salty.

4. Spread a thin layer of bolognese on the base of a lasagne dish. (Any rectangular baking dish should work fine; make sure it's deep enough to hold all the layers!) Place lasagne sheets on top of the meat until it is all covered. You may have to snap the corners off a few sheets to ensure that it all fits in. Pour some cheese sauce on top of the pasta and repeat the process until all the bolognese has been used up. Finish with a layer of cheese sauce and sprinkle with grated Parmesan.

5. Place in the oven and bake for 30 - 45 minutes. Serve bubbling with a crisp green salad. 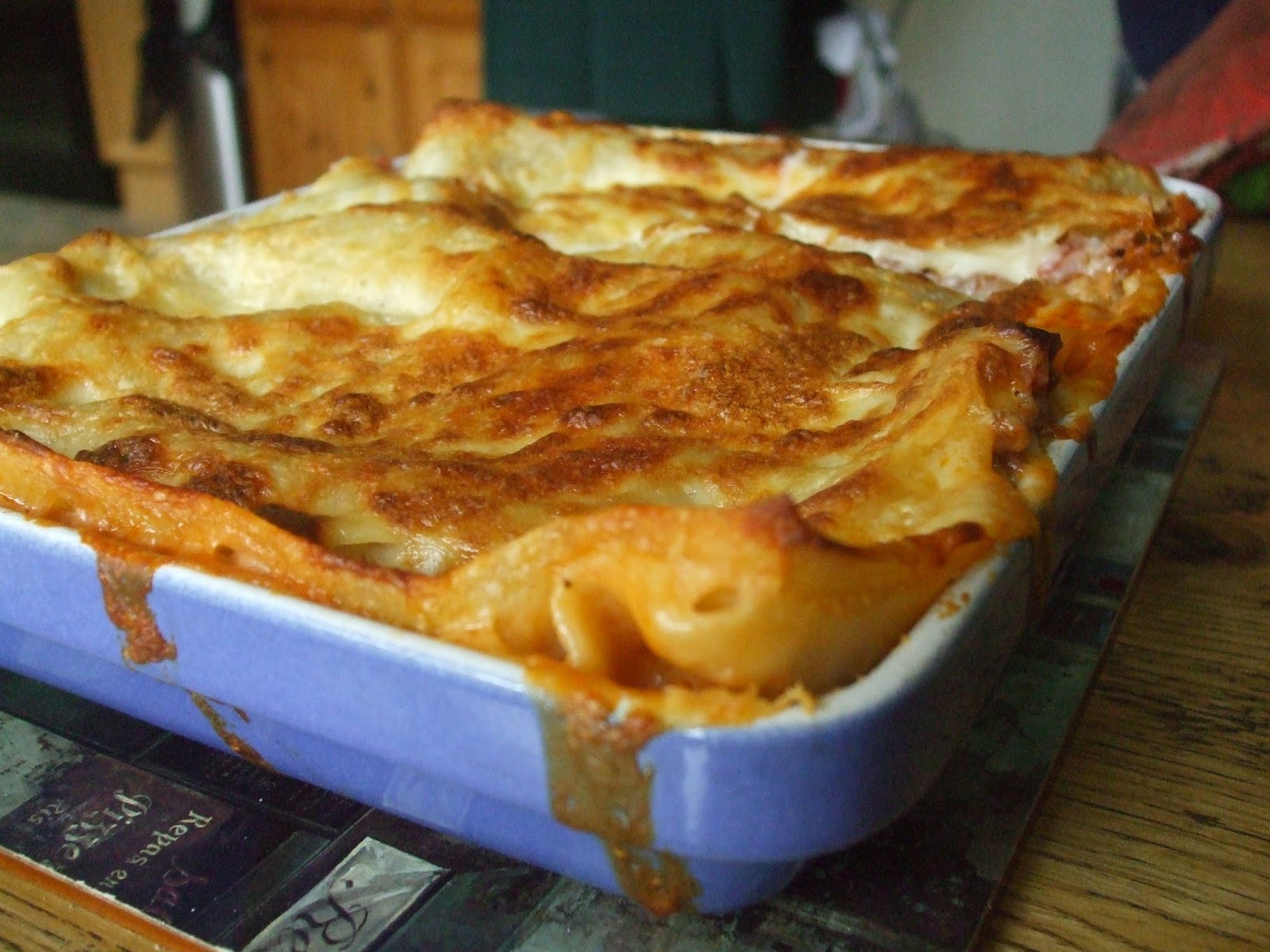