... Nope, it's not my birthday, I'm afraid. A good friend of mine recently had a birthday and - of course - I volunteered to make a cake.

At first I was undecided. Anything wacky (like the courgette cake) would go untouched; nuts were out due to school regulations, and a vanilla sponge seemed , well, too plain.

That brought me to a chocolate cake. I was very tempted by a malteaser cake (inspired by the hummingbird bakery), but then I considered the consumers - probably not big fans of malt. So, I decided to make a simple chocolate cake. 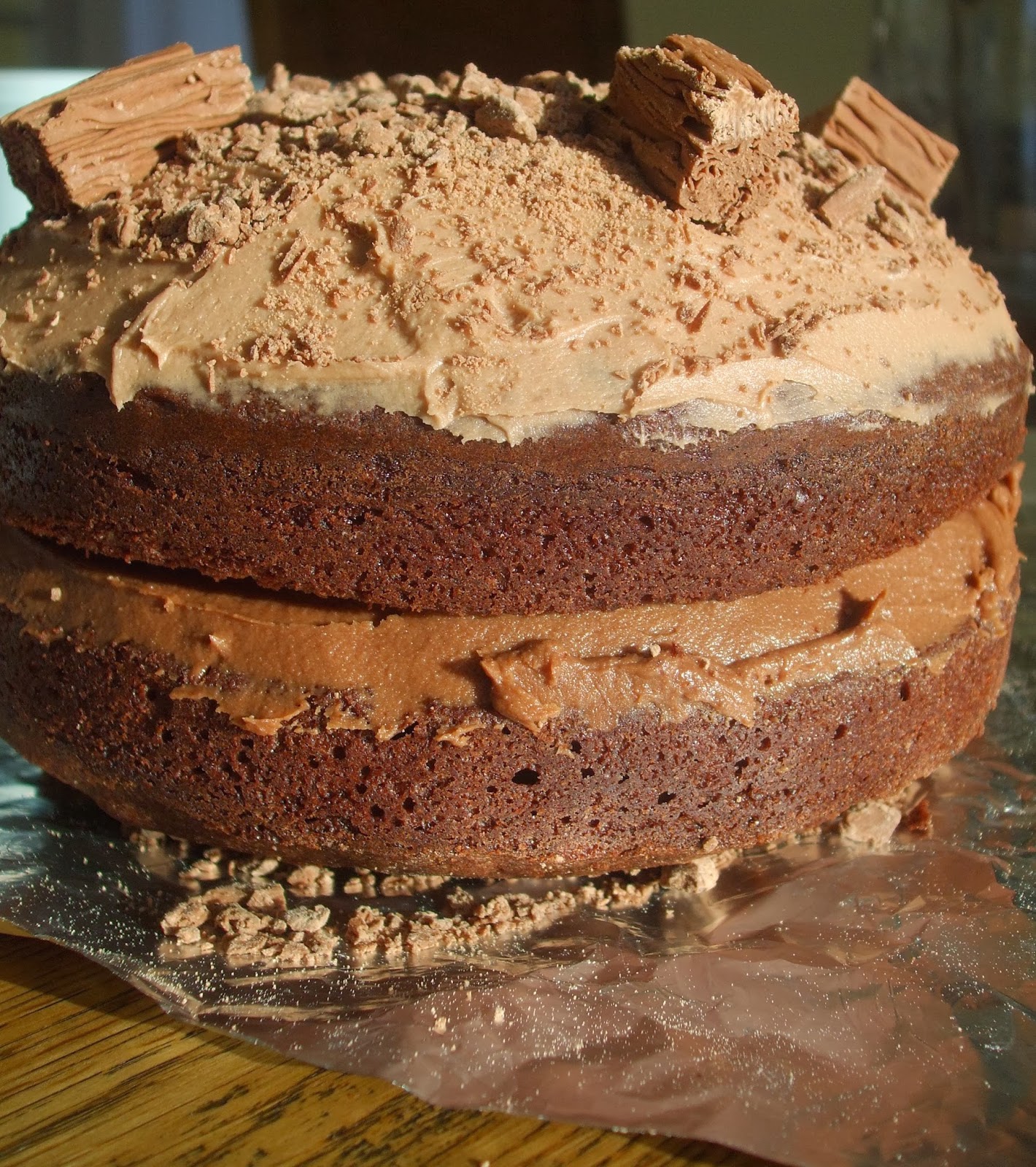 However, I had underestimated how difficult it would be to find a recipe for a chocolate cake! I didn't want a chocolate  flavoured Victoria sponge (could be too dry), a chocolate all-in-one mix (too light), nor did I want a chocolate fudge cake (too heavy). The ideal mix was somewhere in between light and heavy. Not too rich, but not weakly flavoured. Slightly moist, but still able to be picked up in the hand.

To the Internet I turned. Should I add a vegetable, such as half a leftover courgette from last night's stuffed squash? How about beetroot - a perfect pairing with chocolate. Or what about buttermilk?

My search was long and hard, but after comparing several recipes I finally settled on the magic ingredient: sour cream. This is makes the cocoa-rich cake more moist, and a tiny bit denser than a normal sponge. My recipe here bakes a cake that is not too sweet, so you may wish to add a little bit more sugar if you want! I paired it with two types of icing - a chocolate buttercream on top and a chocolate fudge icing inside. On reflection I think that the buttercream is best with it (so you'll need to double the quantities) but it's your call! 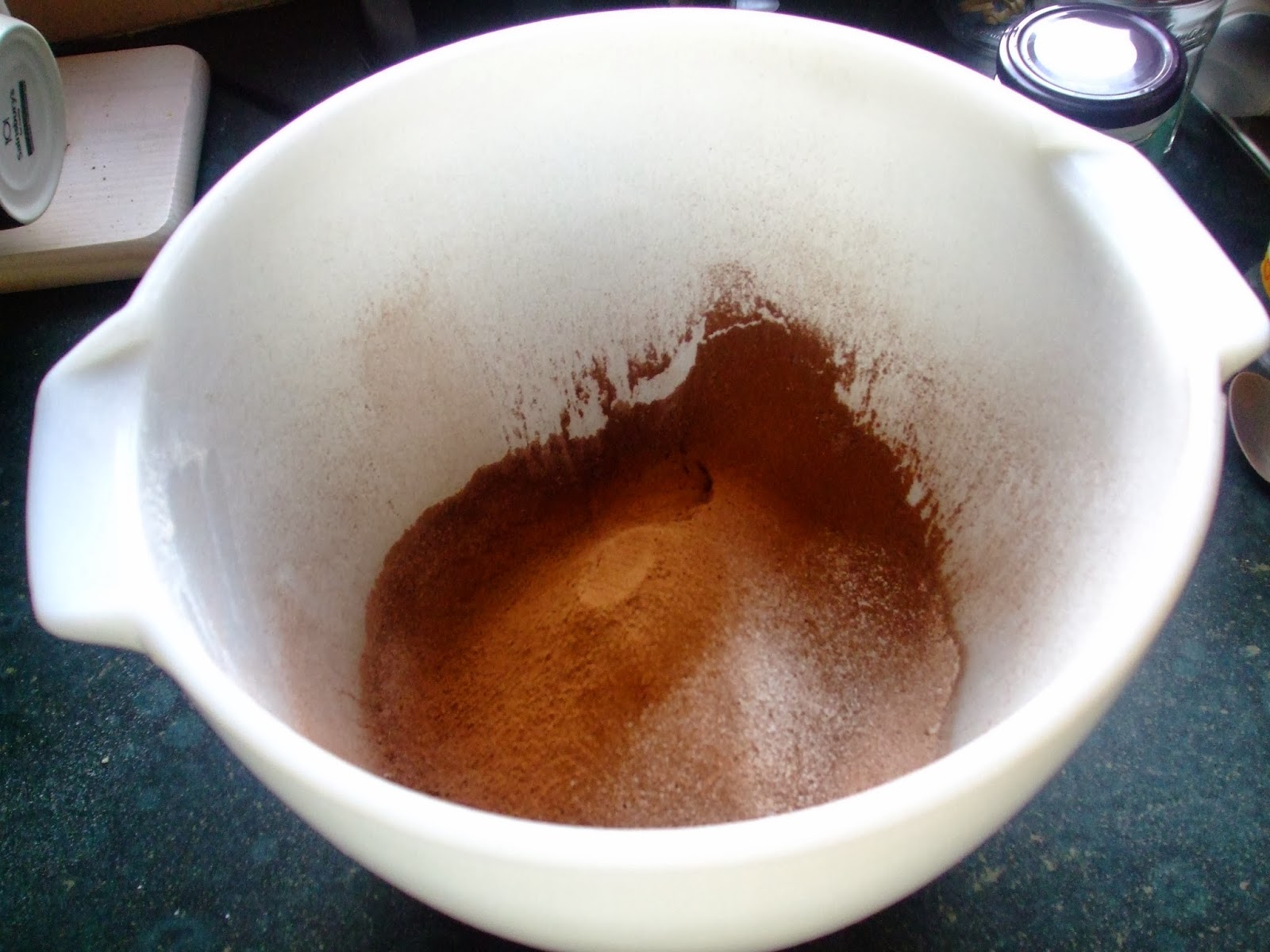 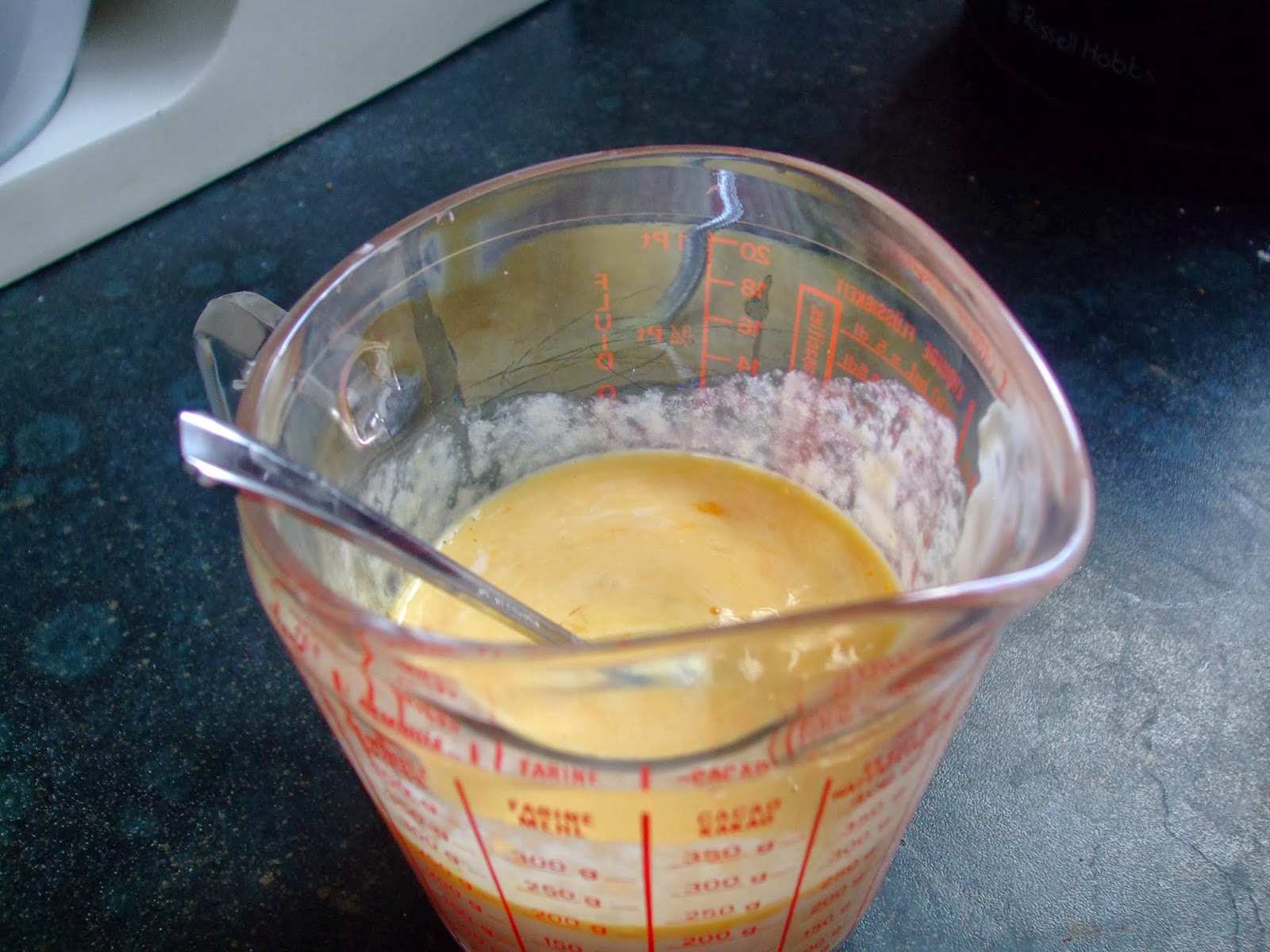 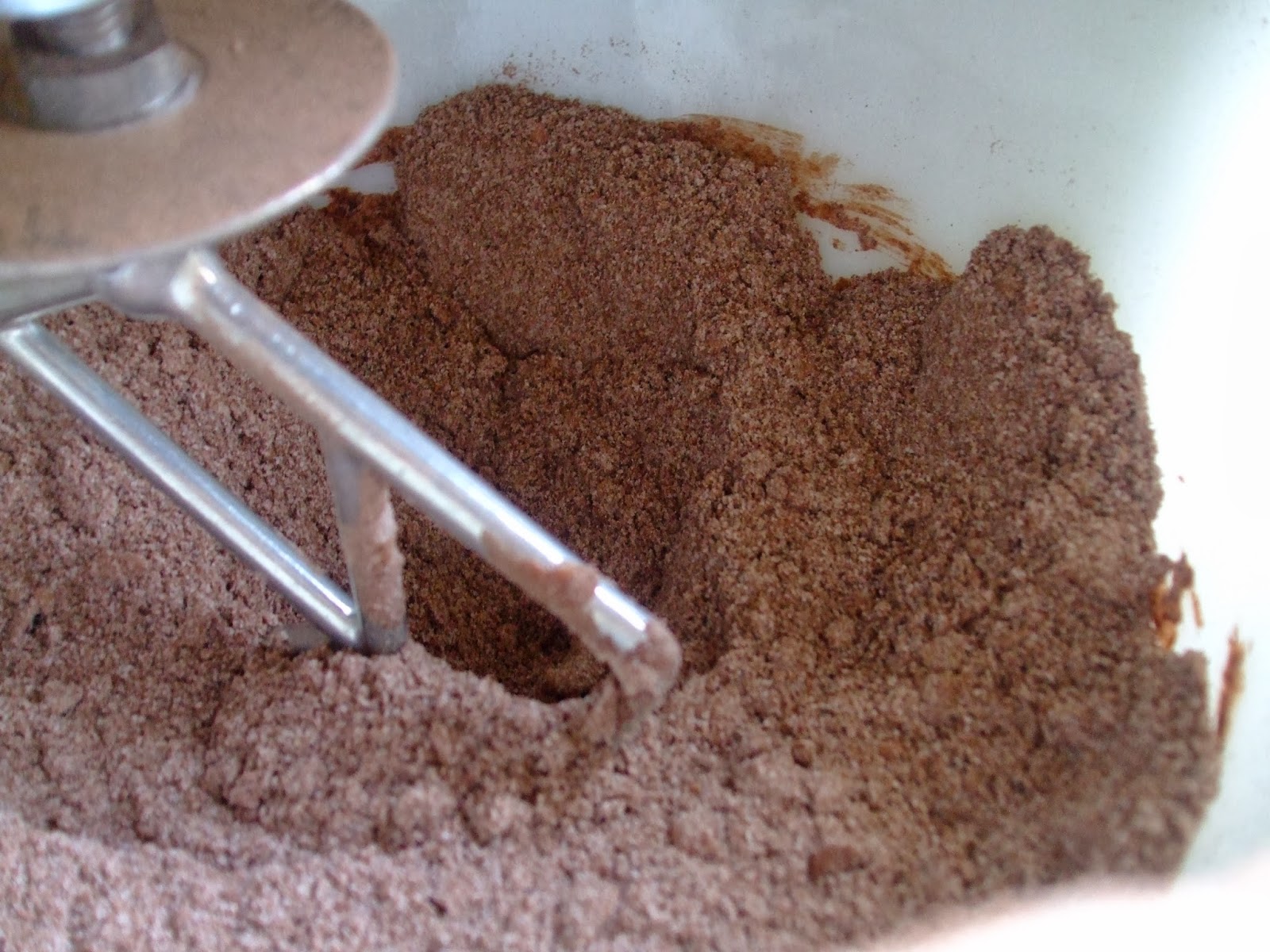 In go the eggs! 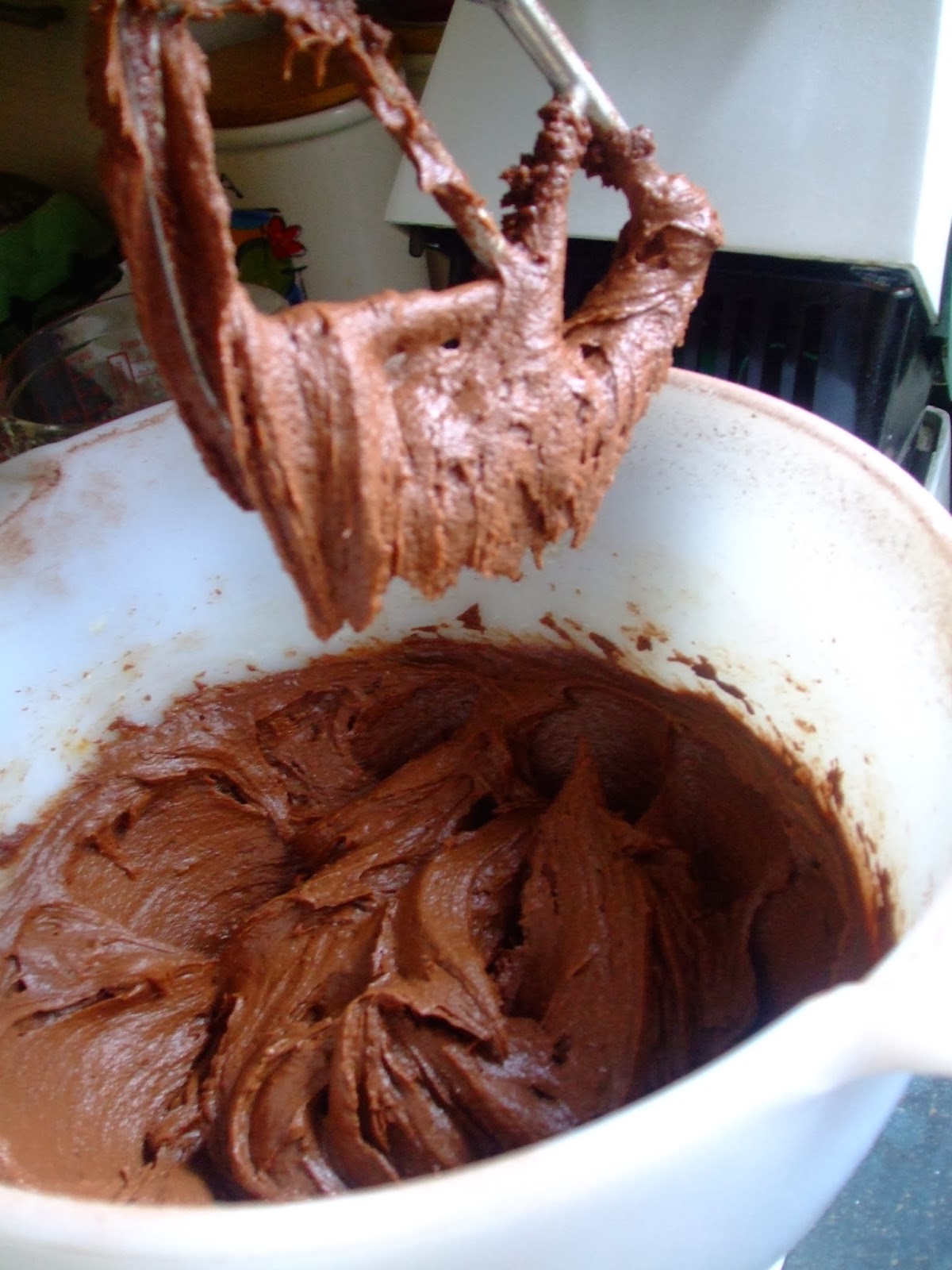 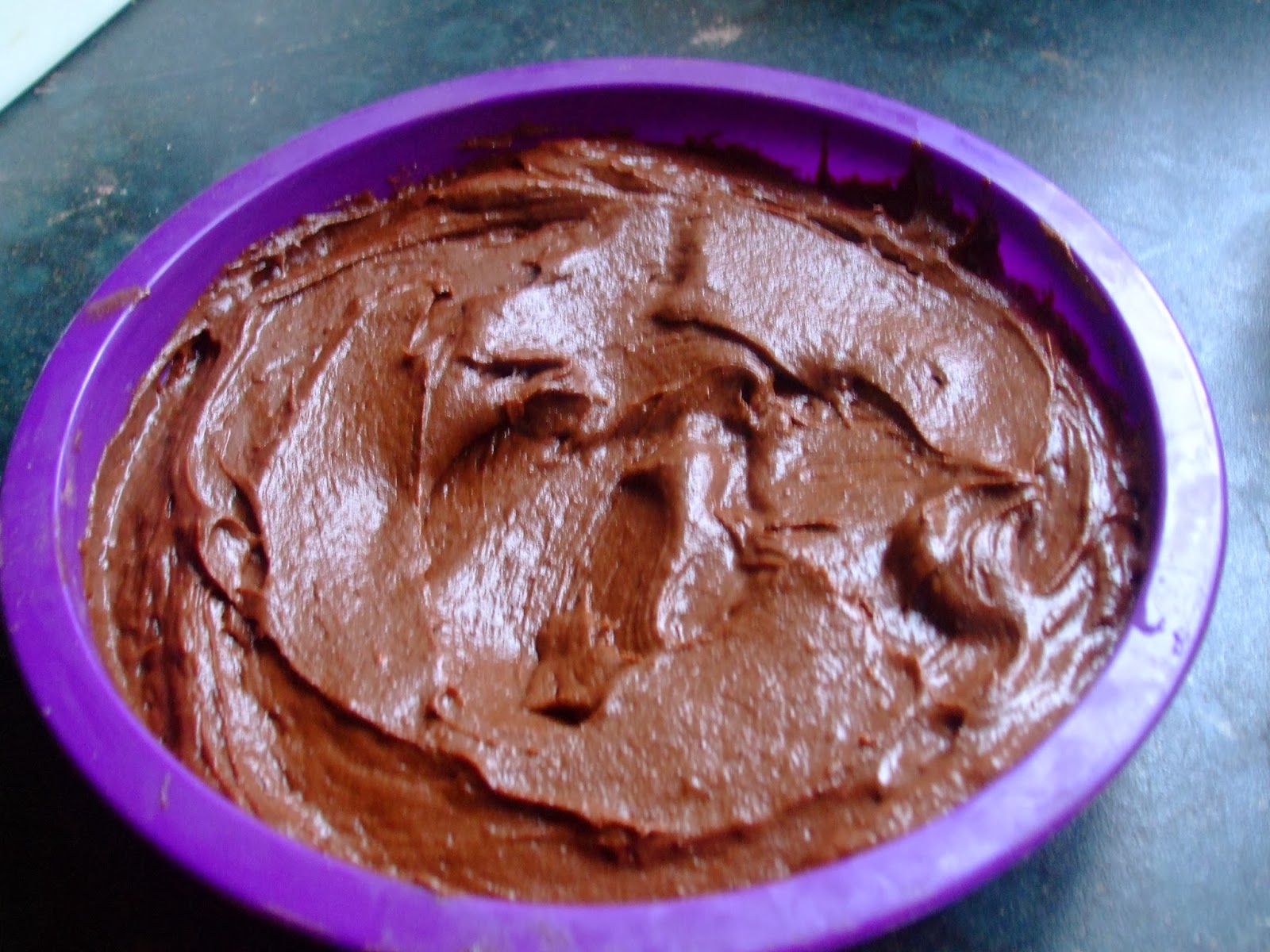 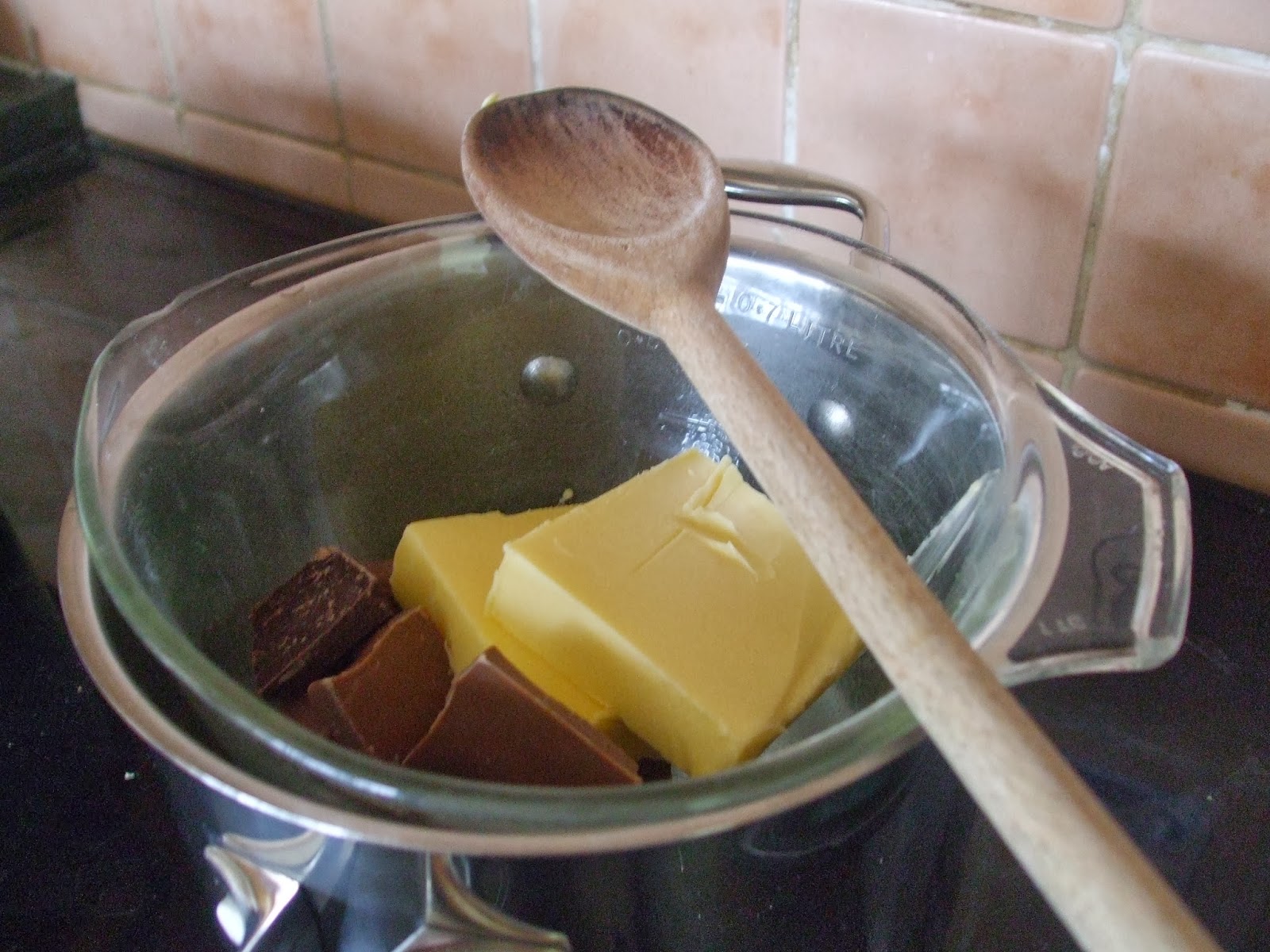 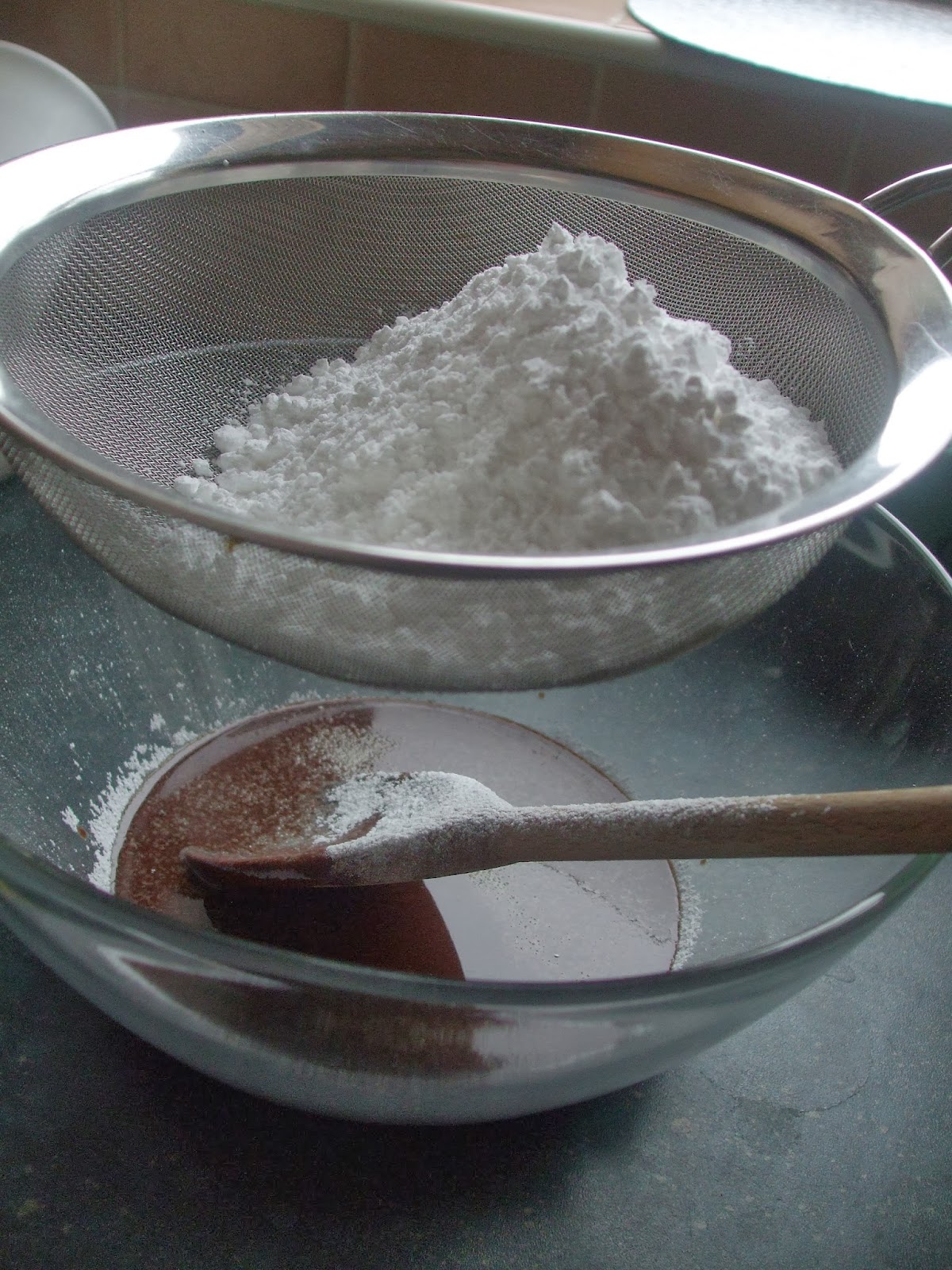 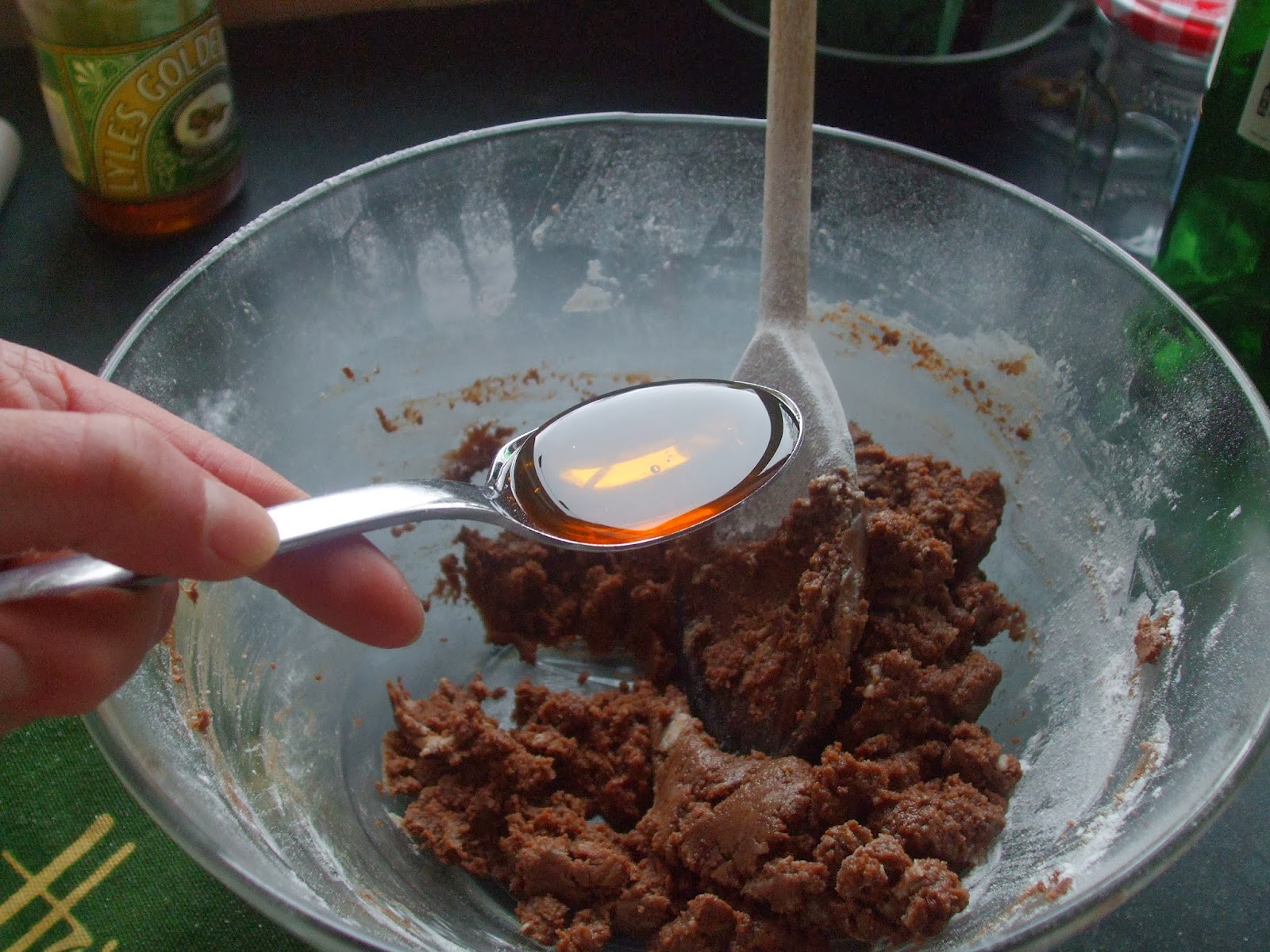 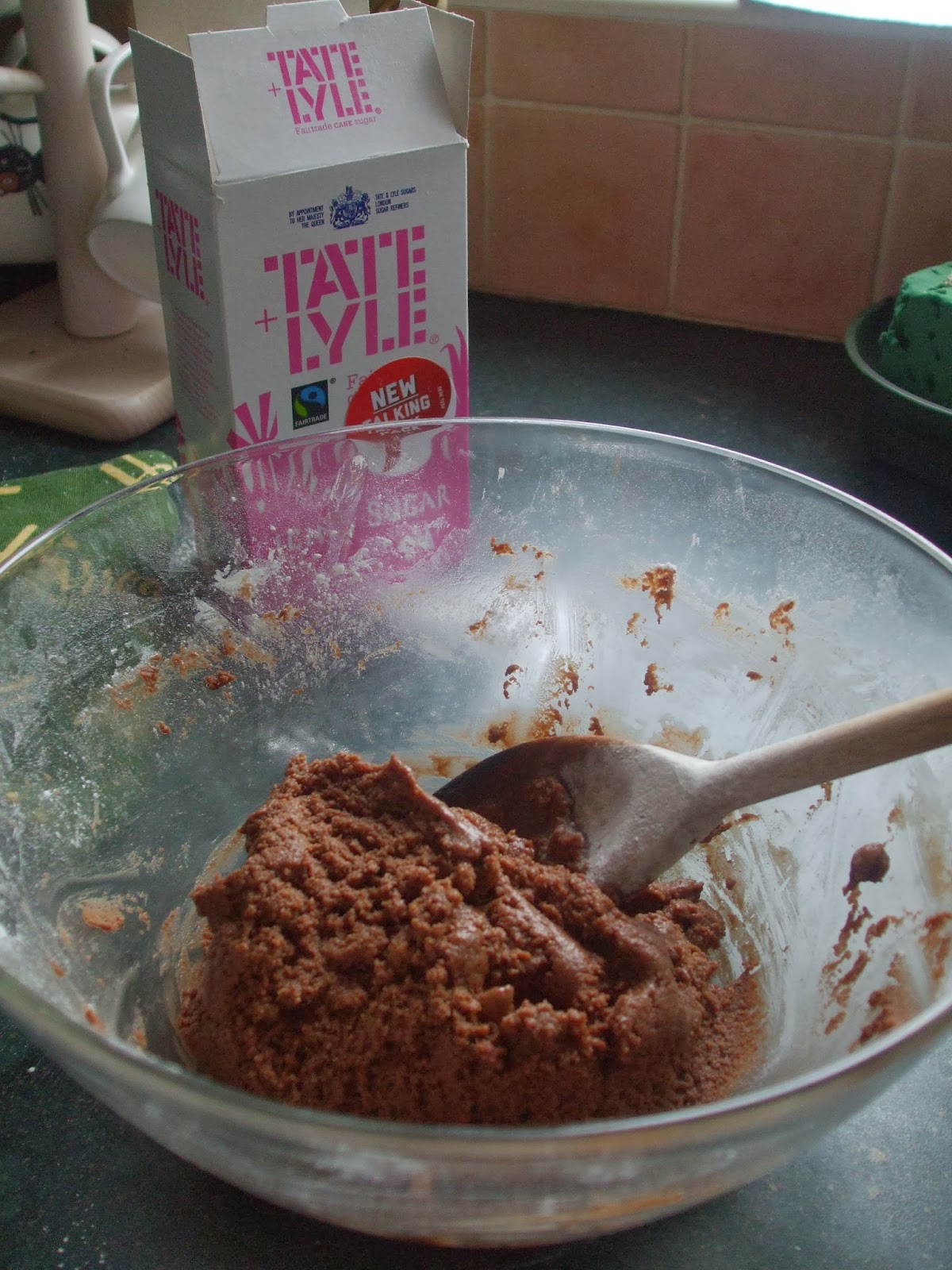 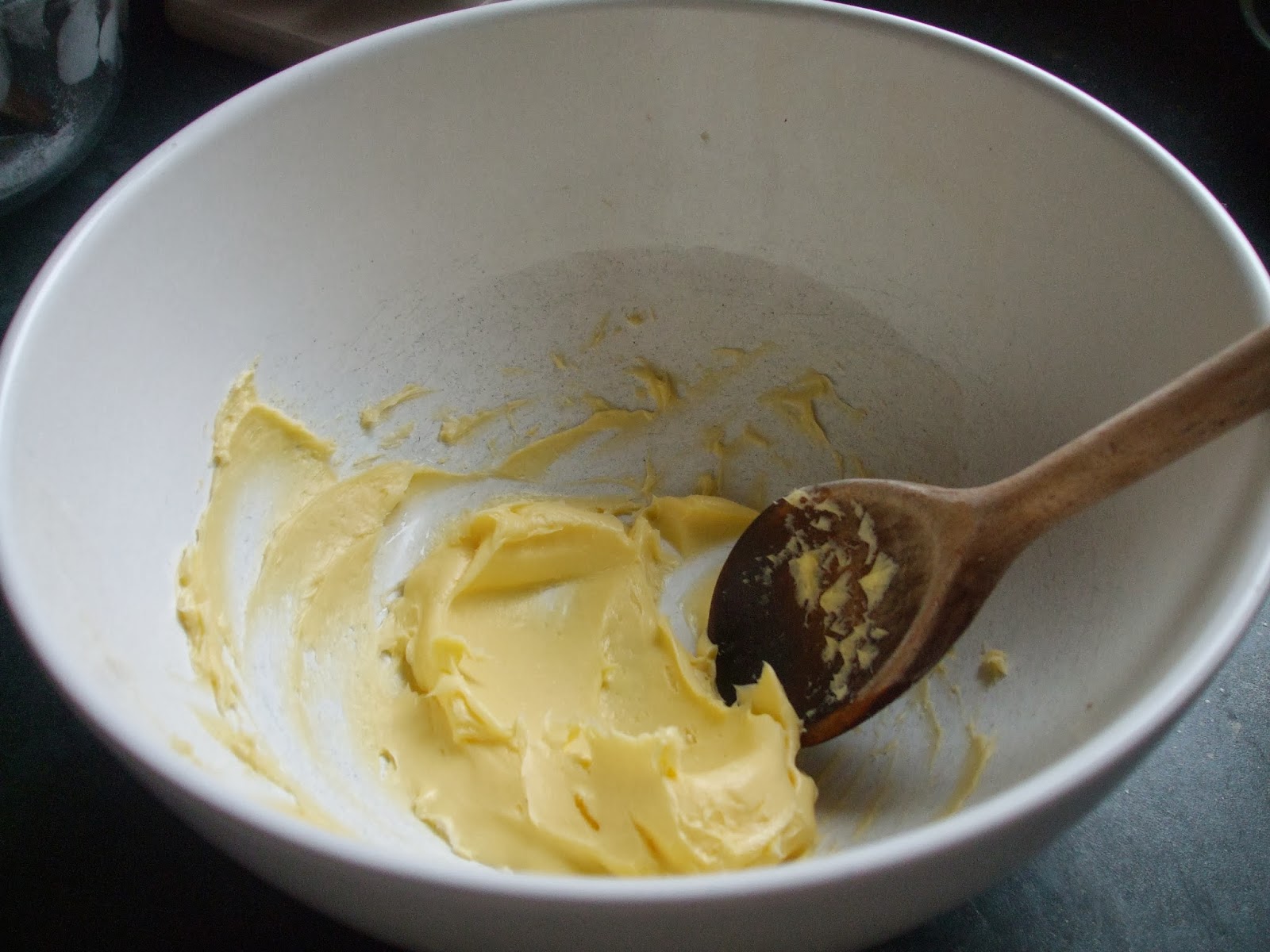 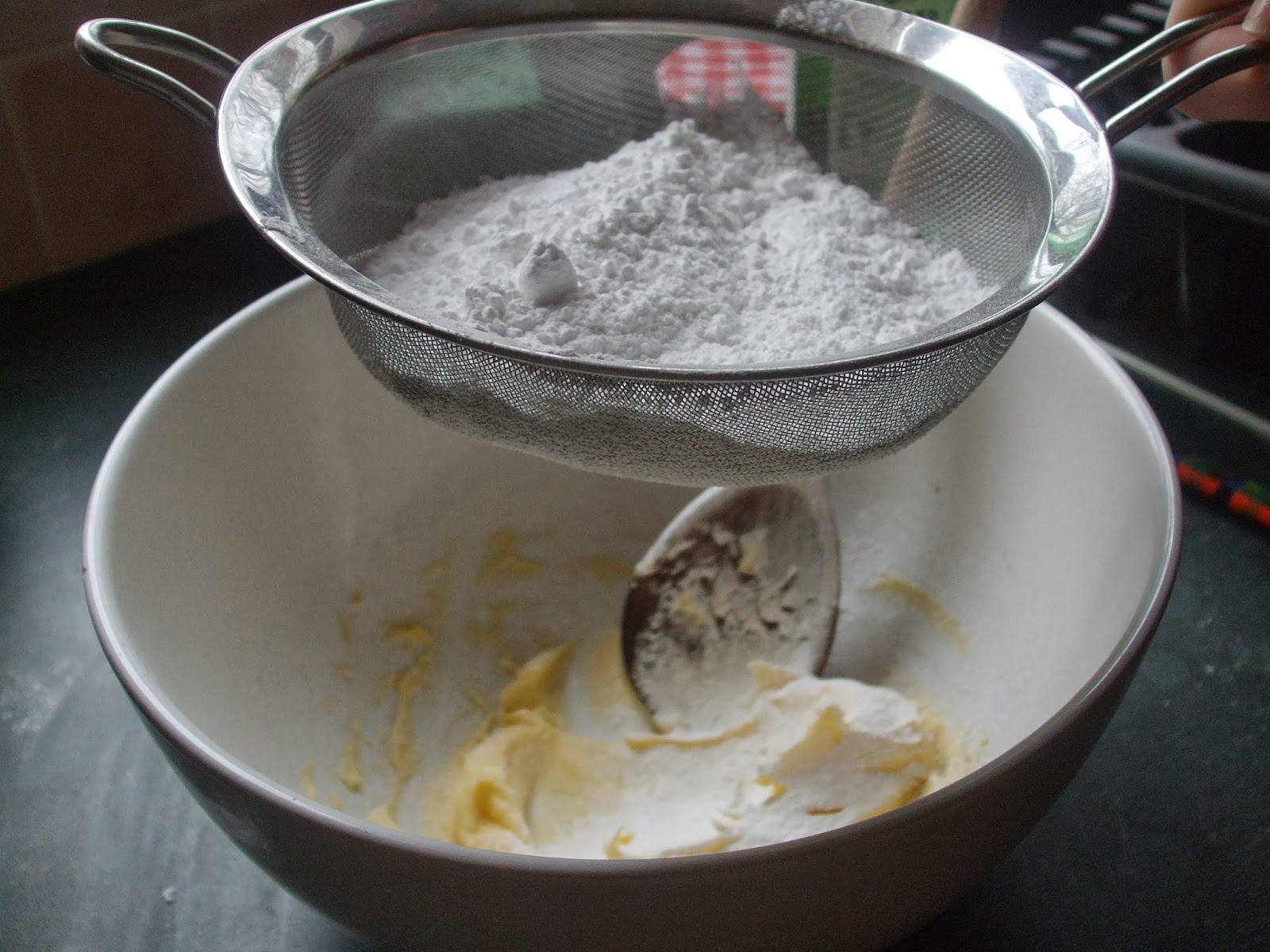 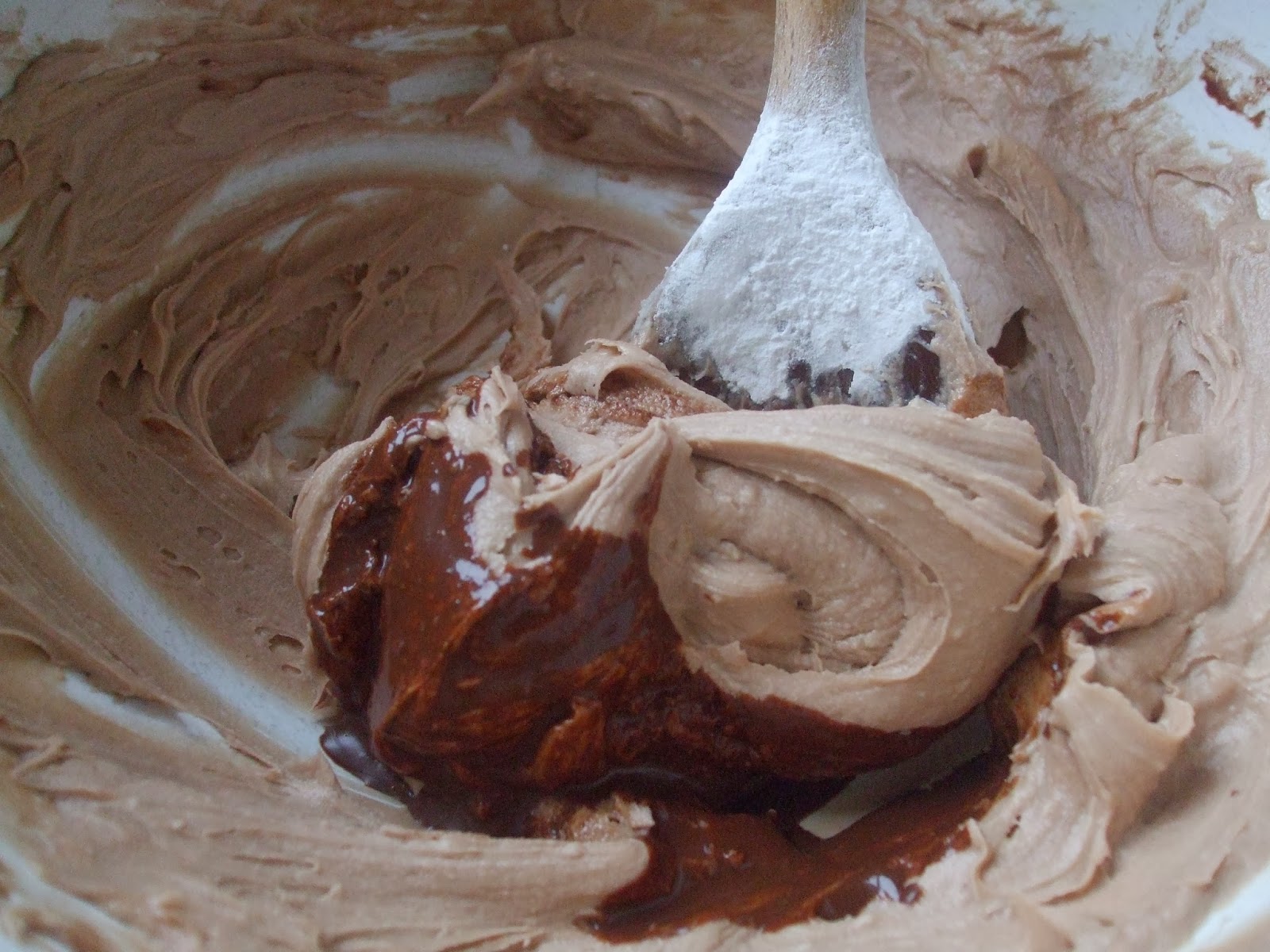 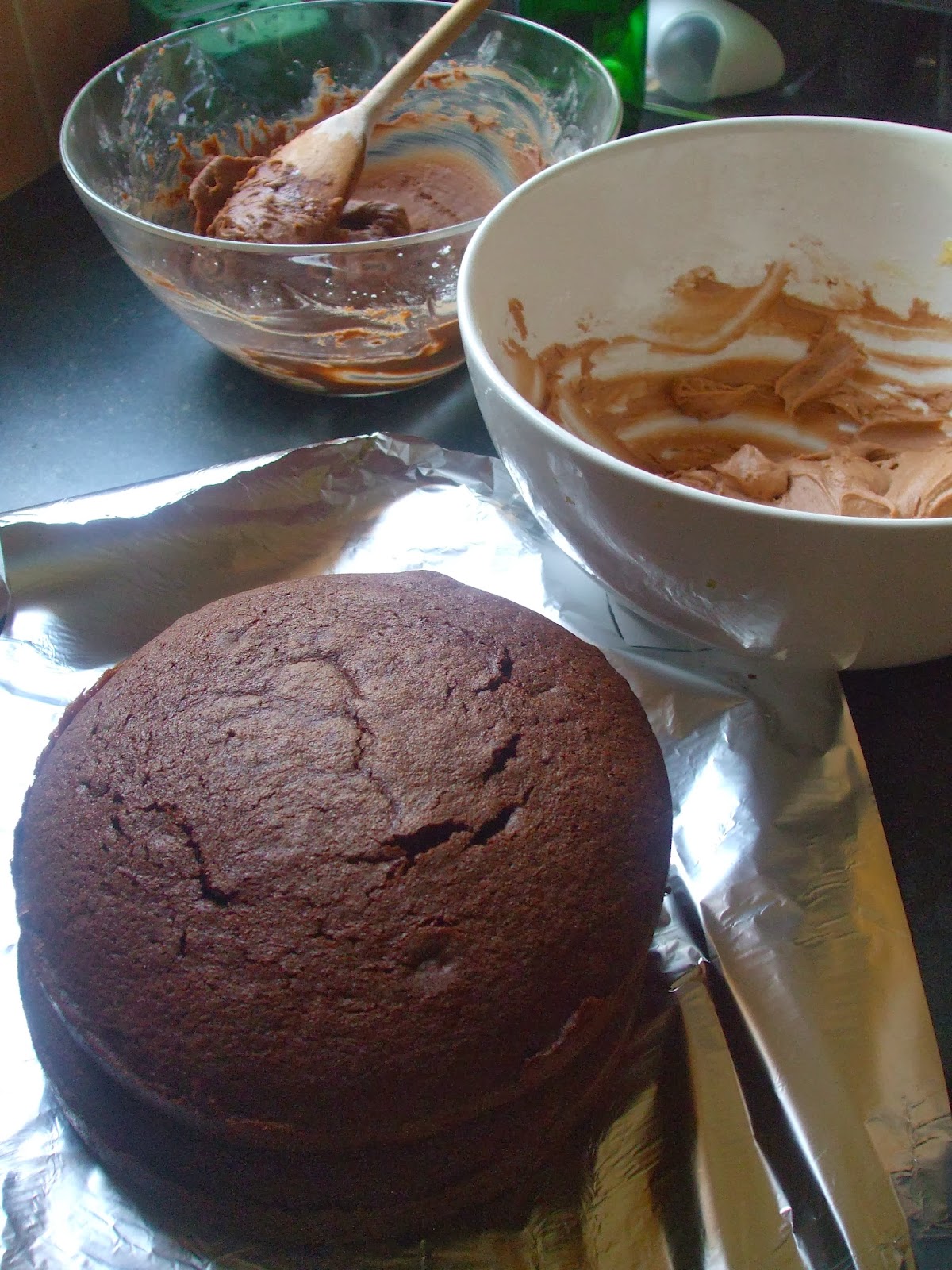 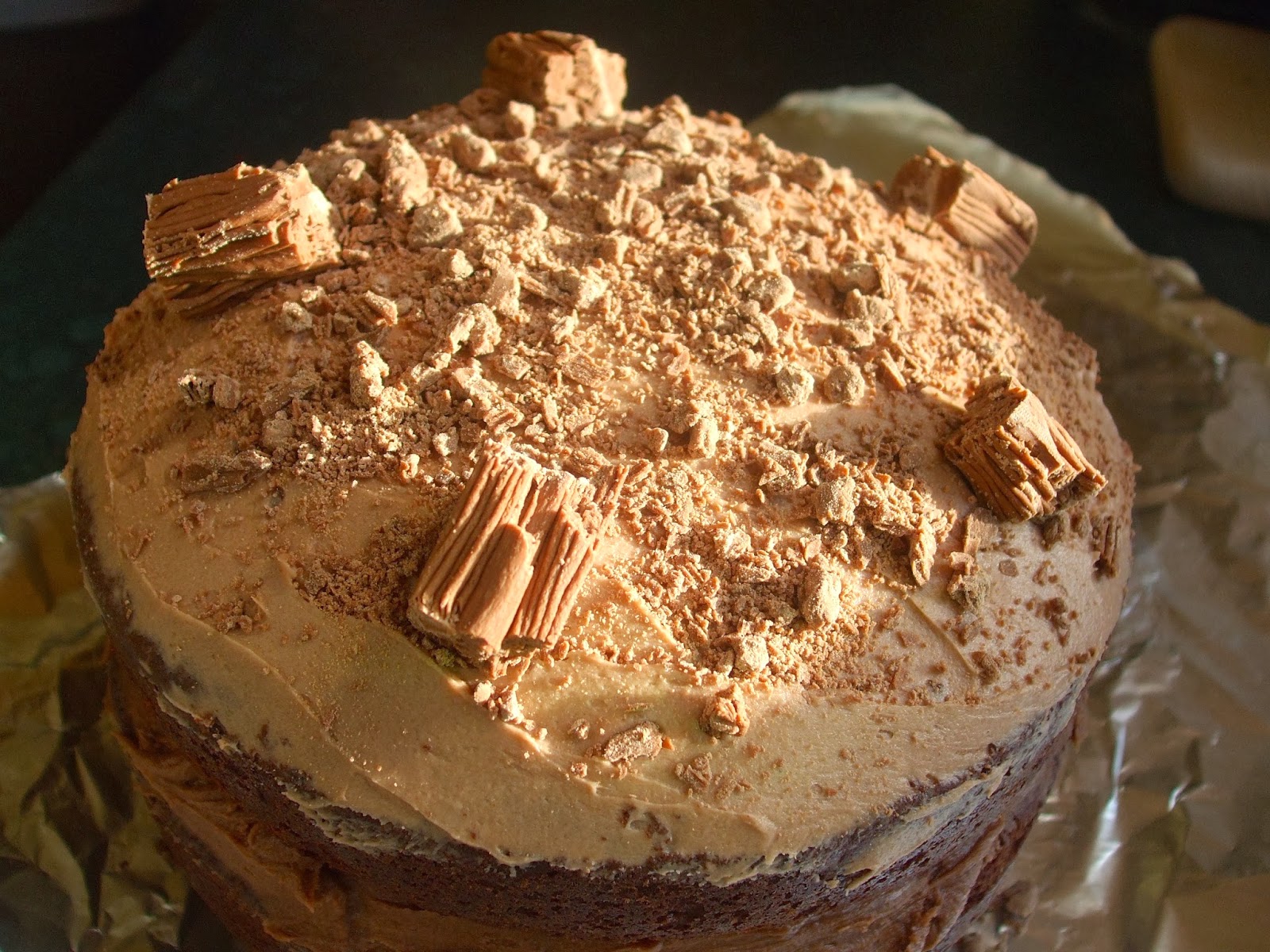 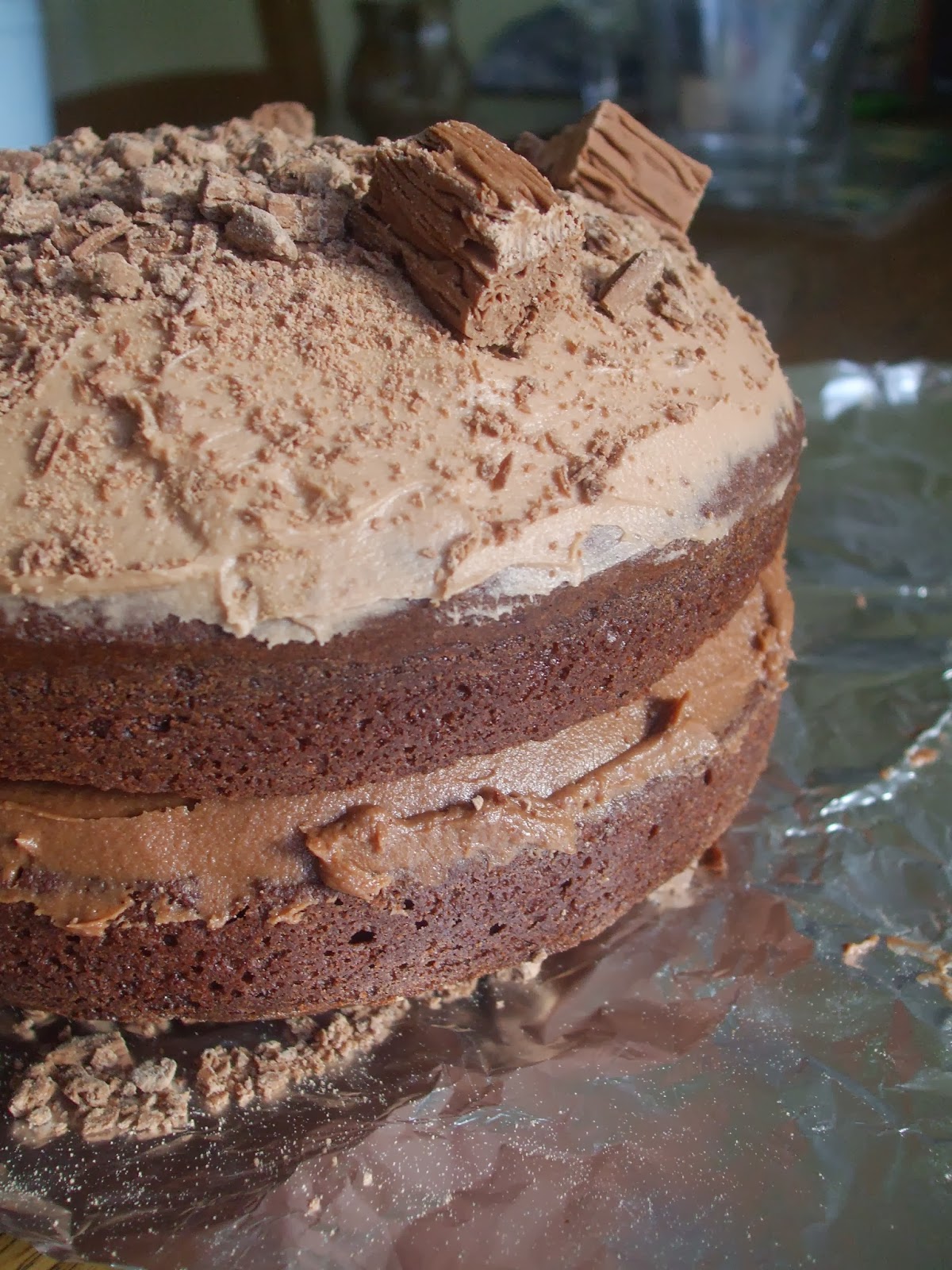 Cake
1. Heat the oven to 180C. Sieve the flour, cocoa and baking powder into a bowl. Stir in the sugar.

2. Add the butter to the bowl and beat (preferably using a food processor) until it forms a mixture with the texture of crumbs.

3. Beat the sour cream and eggs together and add it slowly to the dry ingredients, beating well between each addition.

4. Spoon into two 18cm lined tins and bake for 25-30 minutes until a skewer comes out clean and it springs back when touched. Leave to cool.

Fudge Icing
1. Melt chocolate and butter in a bowl over a pan of simmering water.
2. Pour into a bowl and slowly beat in the icing sugar until combined. Add the golden syrup and mix well.
3. Put to one side to thicken up before icing the cake.

Buttercream
1. Dissolve the cocoa powder in the hot water. Set aside to cool.
2. Beat the butter until light and fluffy. Gradually stir in the sugar. Add the cocoa and mix well. Set aside.

Assemble the cake when cool: spread one layer with chocolate fudge icing and place the other layer on top. Coat the top layer in buttercream and decorate with chocolate pieces.