What to see and do in Provence

I'm a little bit obsessed with Provence. (Just take a look at my Instagram for proof!)

After several trips there I feel that it's time to share some of my 'insider knowledge' with you so that you can choose the best places to visit when you go.

My trips have been focused inland, apart from a few séjours to the beach or to Marseille, so I'm afraid I can't offer any advice on Cannes, Nice or St Tropez (save what I've read in Bonjour Tristesse). Perhaps in the next few years... 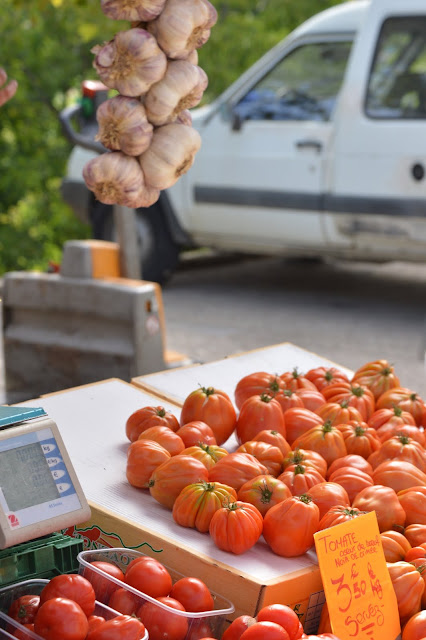 I wrote in one of my earlier posts about the varied landscape of the region, and in my opinion that's one of the things that makes Provence so great. You can visit the beach, or climb into the wooded hills, kayak through a gorge or explore the dusty country villages and beautiful towns; you're never any more than a few hours away from a different landscape!

So, we'll start with the northern region of the Vaucluse. It has pretty towns in abundance, perched on the slopes of the Luberon Natural Park, which forms a barrier between the Vaucluse and the region to the south (known as the Bouches-du-Rhone). You'll find plenty of ideas online, but here are my top picks:

- As many of the markets as possible. Apt has a really vibrant Saturday market where you can find almost everything you could ever want piled upon stalls tucked amongst the streets. (Top tip: the prices for fruit and veg vary greatly between the two 'sides' of the market, so do shop around!) 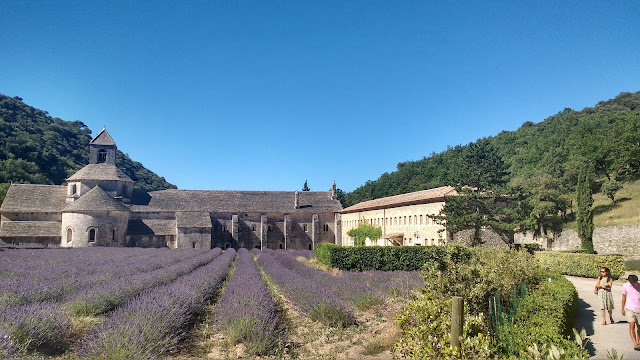 - Abbaye de Sénanque, Gordes: this pretty limestone abbey is still inhabited by monks today, but they run regular guided tours. Just make sure to dress appropriately (i.e. covered shoulders and knee-length skirt/trousers); they do have wraps if you're stuck, but it's best to avoid as much hassle as possible. It's a great place to take shelter from the sun, learn a bit more about the history of the region and get the Provence photograph of the lavender fields. 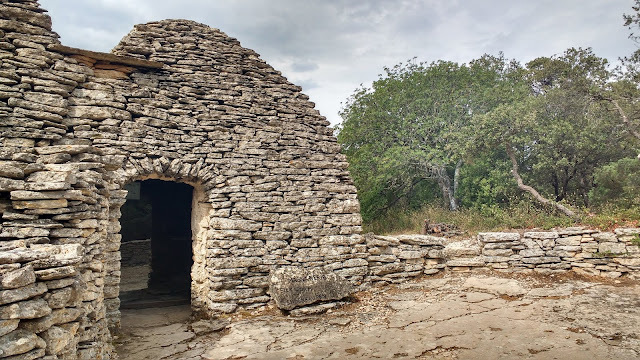 - Village des Bories, Gordes:  park your car in the caravan park just off the road and walk the 1km or so into the site. (We did this by mistake, but it's actually quite a nice walk.) A borie is an old stone hut, mainly used by farming communities, and they have been so well preserved that you can go inside and have a look at where people used to live. Some of them even have two floors!
* You could also visit Gordes on your way back. It's a rather touristy town, but is a good place to stop for ice cream. * 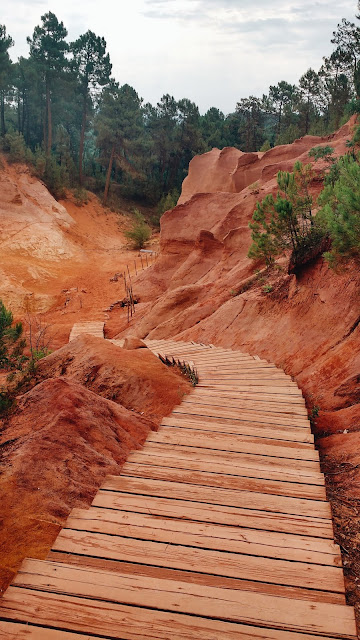 - The Ochre Trail at Roussillon or Colorado Rustrel : this region used to be a key mining area for ochre, and this is reflected in the orange-tinted buildings of the area. If you're just looking for a quick walk, go to Roussillon, where you'll find great canyons of ochre rocks and 'one of the prettiest villages in France'. If you're more of the trekking type (though to be fair, it's not too difficult in terms of terrain), Colorado Rustrel is the place for you. There are several different tracks, each taking you through a different area of the park - and it truly does feel like Colorado.

- Fontaine de Vaucluse : this is a rather well-known feature of the region, but it's still worth a visit. According to Wikipedia, it is the biggest spring in France, and gives its name to a geographical phenomenon known as a Vauclusian Spring. It's a bit of a strange one - the water level rises and falls at different times of the year, and you never know what it's going to look like when you visit. I've been there twice and it has been empty both times! Do take a moment to sit by the river and watch the water wheel turn slowly at the bottom of the village. There's also a very nice jewellery shop. 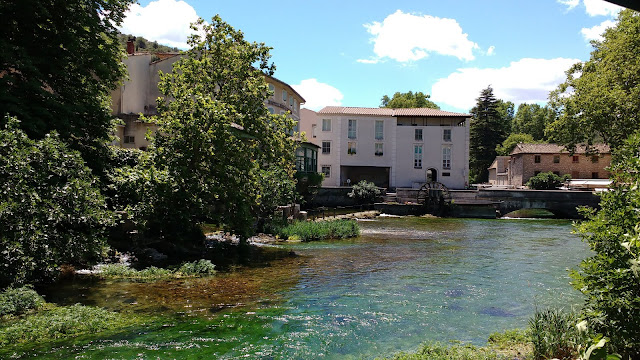 - Mont Ventoux : you may have heard of this mountain if you're a Tour de France fan. It actually claimed the life of an English cyclist in 1967, and there is a shrine for him near the top. In fact, this year they had to skip the top bit of the mountain because it was too windy for the cyclists! At 1,912m, it towers over the region and can be seen from almost everywhere. It looks like it has snow at the top of it, but it's actually sand. But you don't have to be a cyclist to enjoy the stunning views over the region (on clear days you can apparently see to the Italian border!); there's a road up to the top, and in the winter you can go skiing there. 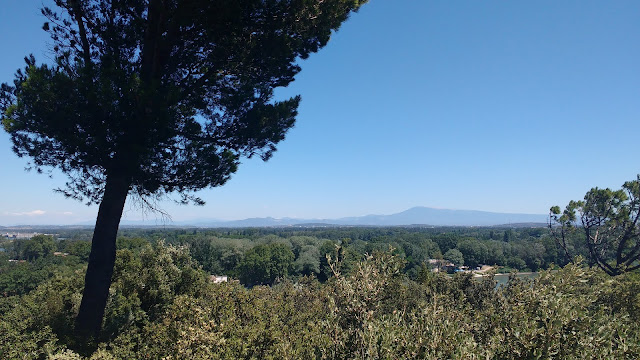 - Avignon : Avignon is rather touristy, but rightly so. It played host to a series of popes during the 14th century, and each pope who lived there added bits onto the impressive Palais des Papes. It's fascinating to see how the building developed over the years. Avignon also plays host to a festival in July, so take some time to go and watch a play or a concert. (Don't bother paying to visit the Pont d'Avignon; just look at it from the river bank!) There's a good park-and-ride network around the medieval walls, so park outside and get the bus into the centre.