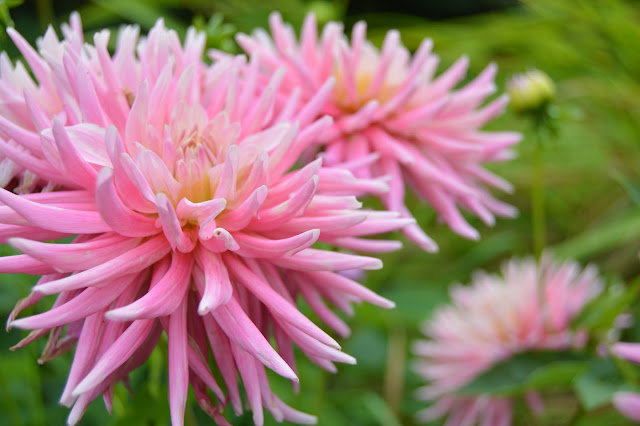 I’m Emma, and I hate not being in control. I’m a perfectionist at heart, and often it seems to me like the best way to get things done is to do them myself, because only then will they live up to my own high standards.

I struggled with group work in school, because I would have to work with other people who had different ideas to mine and different ways of implementing their own ideas. I remember one history project where we had to pair up and create a multimedia powerpoint – complete with animations and music – and, because there was an odd number in our class, I said I would happily make one by myself. And I did so, and it was brilliant. Or at least, it seemed so at the time.

During my teenage years, my need to be in control slowly started working its way into other aspects of my life – mainly involving food. Having seen how, when I put my mind to something, I could usually achieve it (I’m thinking particularly of exam results), I decided that I could do the same with food. I had an idea of what my dream body would look like, and knew that, if I was committed enough, I could change myself and look how I wanted to look. I started watching my diet and became completely obsessed with what I ate, with that body ‘goal’ always at the forefront of my mind – even on holiday.

However, bodies don’t work quite in the same way as exams. And what I didn’t understand was that whilst I could change the amount of muscle and fat on my body, there were some things I couldn’t change, like bone structure and genetic make-up. When this truth finally hit, I was crushed. I would cry myself to sleep at night, weeping into my pillow because I could never, ever, look how I wanted to. It was just physically impossible. I would try to comfort myself, saying, “It’s alright. God is in control. He made you. He’ll change you to how He wants you to be. By the time you’re twenty, everything will be sorted out.”

And yet, the years passed by and nothing seemed to fix itself.  I still dipped in and out of my struggles with food; I still looked at myself in the mirror and automatically pointed out all of the flaws. I had acknowledged God’s sovereign power over my life, but that didn’t affect the way I lived it. I told myself that I was resting in God’s plan, but in all honesty, I wasn’t, because I couldn’t bear to let go and not be in control. Even when I thought I was taking care of my body for God – because He created it, and I thought I should look after it – I was still fixated on what I could do to change myself so that I could be who I wanted to be.

I thought I was able to sort out my own problems. I thought I was capable of fixing everything that was wrong in my life. I thought that I could decide what I wanted to do, and do it, going to God to ask Him to support the decisions that I thought were best for me. I was willing to go to Him for comfort, but I was reluctant to let go and truly hand over my life to Him, because I had no idea what that would bring. I knew that I probably wouldn’t like what God had planned for me, at least not at first, and I didn’t know how to allow Him into my life like that. I was scared that He would change me.

On reflection, I can’t believe I was ever afraid of letting God into my life. God does change us, but He changes us in the best way possible – into the people He created us to be. Why would I try to define my own life if I could let the One who made me and knows everything about me define it instead?

It wasn’t until I admitted that I couldn’t control my life that I found true freedom. Once I recognised that my plans – as good as they may have seemed at first – were ultimately flawed, I could give my life to God, resting in the knowledge that His plans for me are far better than anything I could make for myself. Even when I don’t know what’s going on in my life, I know that the God who made the universe does, and what’s more, He cares about me and every aspect of my life. He simply asks us to trust Him. He knows it’s difficult to put our trust in something we cannot see; He knows that we find it so much easier to ‘do life’ on our own. But He knows who I was made to be, and He will form me into that person, if I let him. And we can trust that that person will be wonderful, because it was designed by God – God, who is so loving that he actually is love[1]. How could anything he designed be bad?

This applies to so many aspects of our life, not just our physical appearance. God knows not only what you’ll look like in ten/twenty/thirty years, but He also knows what job you’ll have, who your friends will be, where you’ll be living, right down to the words you’ll be saying. [2] It’s incredibly liberating to know that even if I don’t know what I’ll be doing in the future, God does.

For me, learning to trust in God and hand over the steering wheel to Him has been a slow and gradual process. It’s not easy to admit that we can’t do things on our own, particularly when we’re proud of being so independent. Trust in God doesn’t just happen with a click of the fingers; it starts with the recognition that our ways are flawed and utterly, utterly rubbish when you compare them with the plans of the One who created the whole earth. It involves promising every morning that you will try to follow His way and not your own – even when your own may seem simpler, or, at that moment in time, much better. For me, it involved accepting His plan for my life, and accepting that His plan didn’t necessarily look like my plan; recognizing that although I wanted to look a certain way, God knew how I was meant to look years before I was born.[3] I started trusting in Him, and was finally able to let go of my need to be in control. Once I started – and once I saw how good God’s plans were – it became easier, and it spread throughout the rest of my life. I started trusting that He knew what I was to look like, what I was to study at university – and I still trust that He knows what I’m going to do after I graduate.

In our culture, it can seem a bit odd to say that you have no idea of what you’re going to do in your life – and it’s even odder to admit this with a smile on your face. I’m not saying that it’s impossible to worry about the future (because, let’s face it, we’re all human, and we all get caught up by these worries sometimes) – but I like to think that if worry does strike, it will only be momentary. I won’t be relying on myself anymore – on my abilities, on my looks, on my own personal desires and ideas about what my life should look like – but on God. He is the One I trust, and He is infinitely bigger than anything else in the universe.

“Trust in the Lord with all your heart, and lean not on your own understanding. In all your ways acknowledge Him, and He will make your paths straight.”
-       Proverbs 3:5 – 6

If you'd like to chat more about anything I've mentioned in this post, feel free to email me on cooking.in.cashmere17@gmail.com.