After nearly six years, our plum trees have produced a mountain of fruit.

It's quite exciting, really! I've read about the frantic bottling and canning and cooking that goes on when trees or vegetables are in season; but I've never taken the time to imagine what it's like! We've been picking plums for the last two weeks or so and yesterday we managed to collect three large bowlfuls - and there's about the same again still left on the trees. 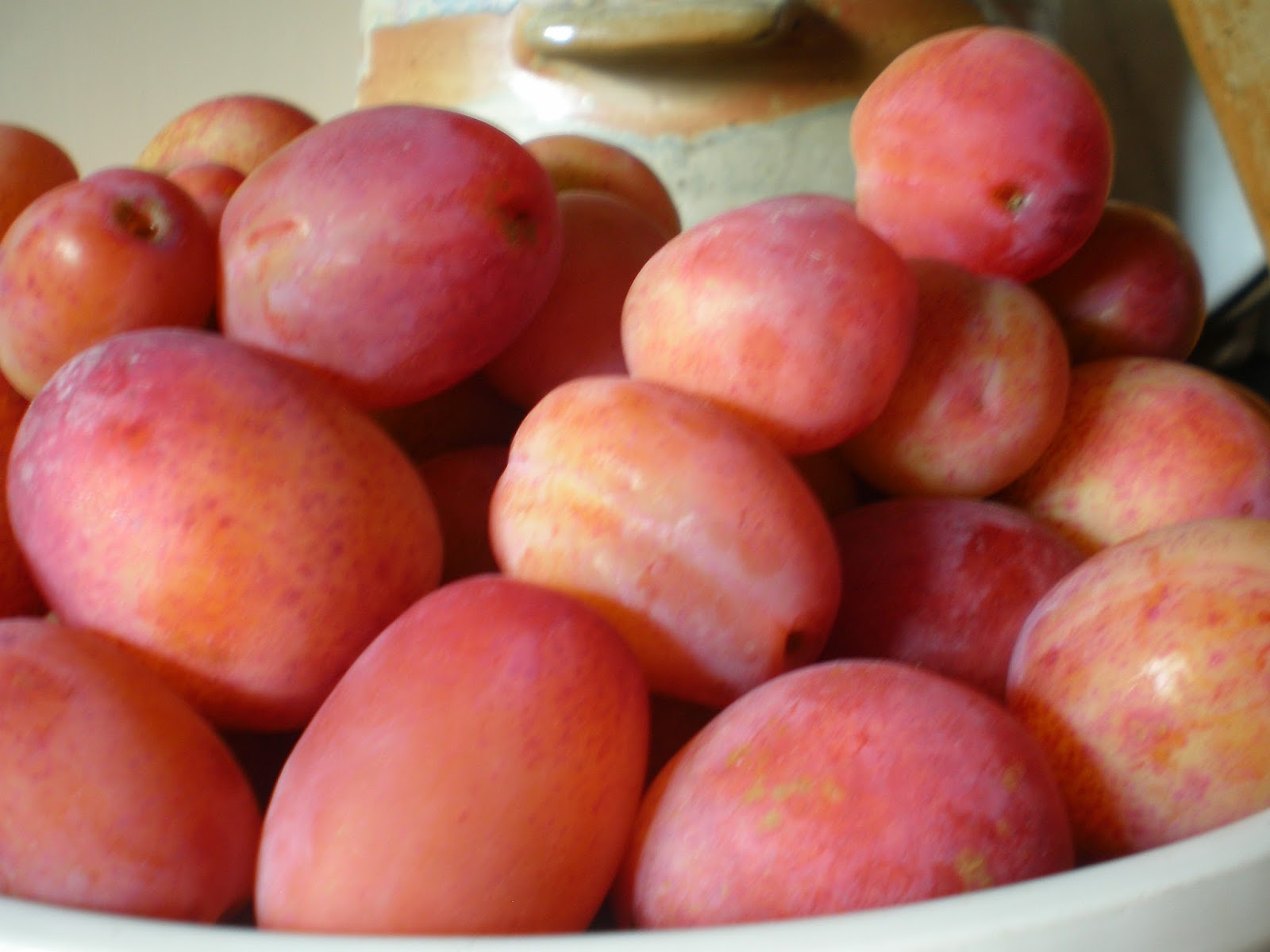 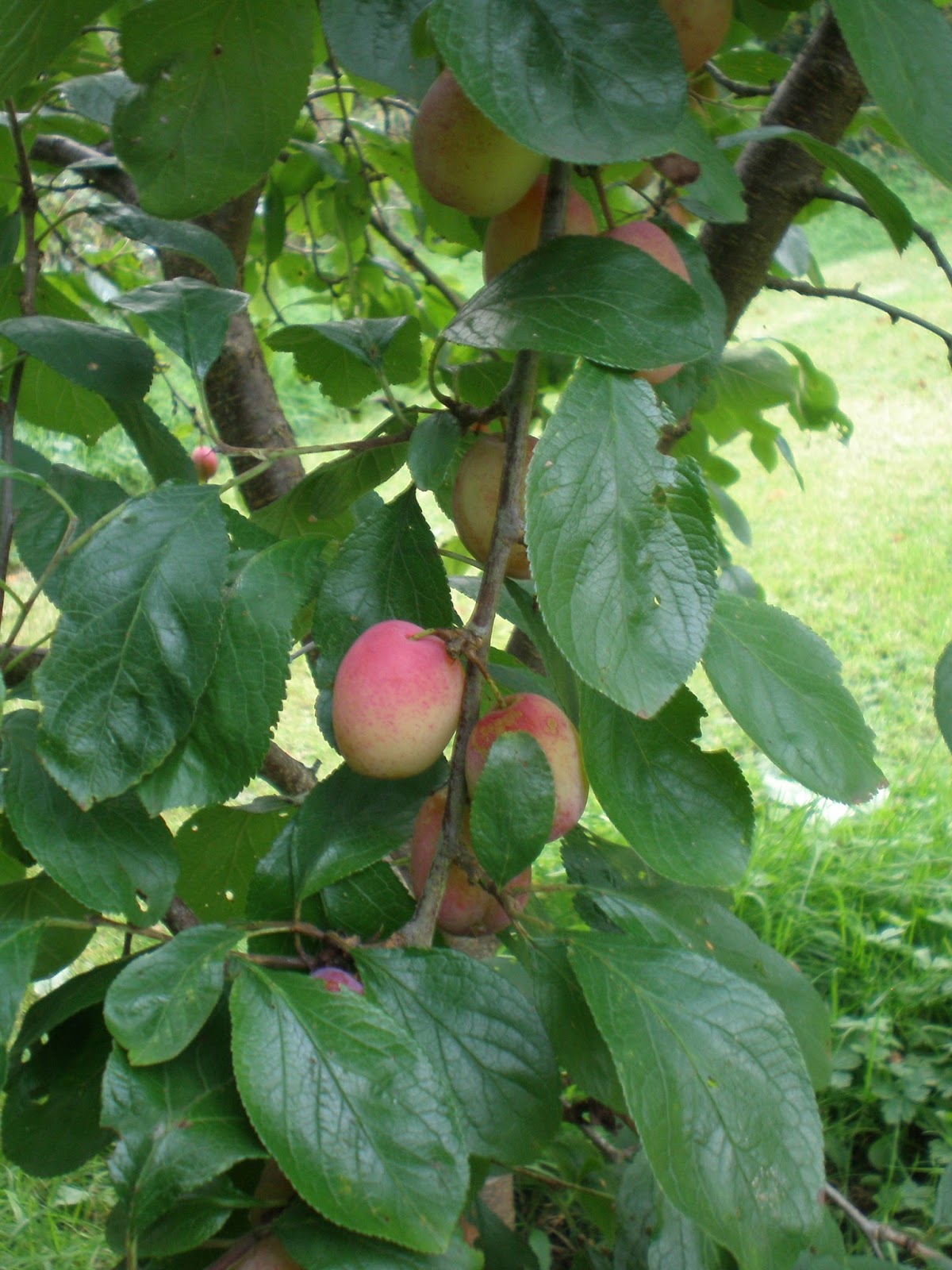 Fresh fruit is all very good; but it goes off quickly and you have to think ahead in order to get the maximum benefit. There are only so many fresh plums you can eat! 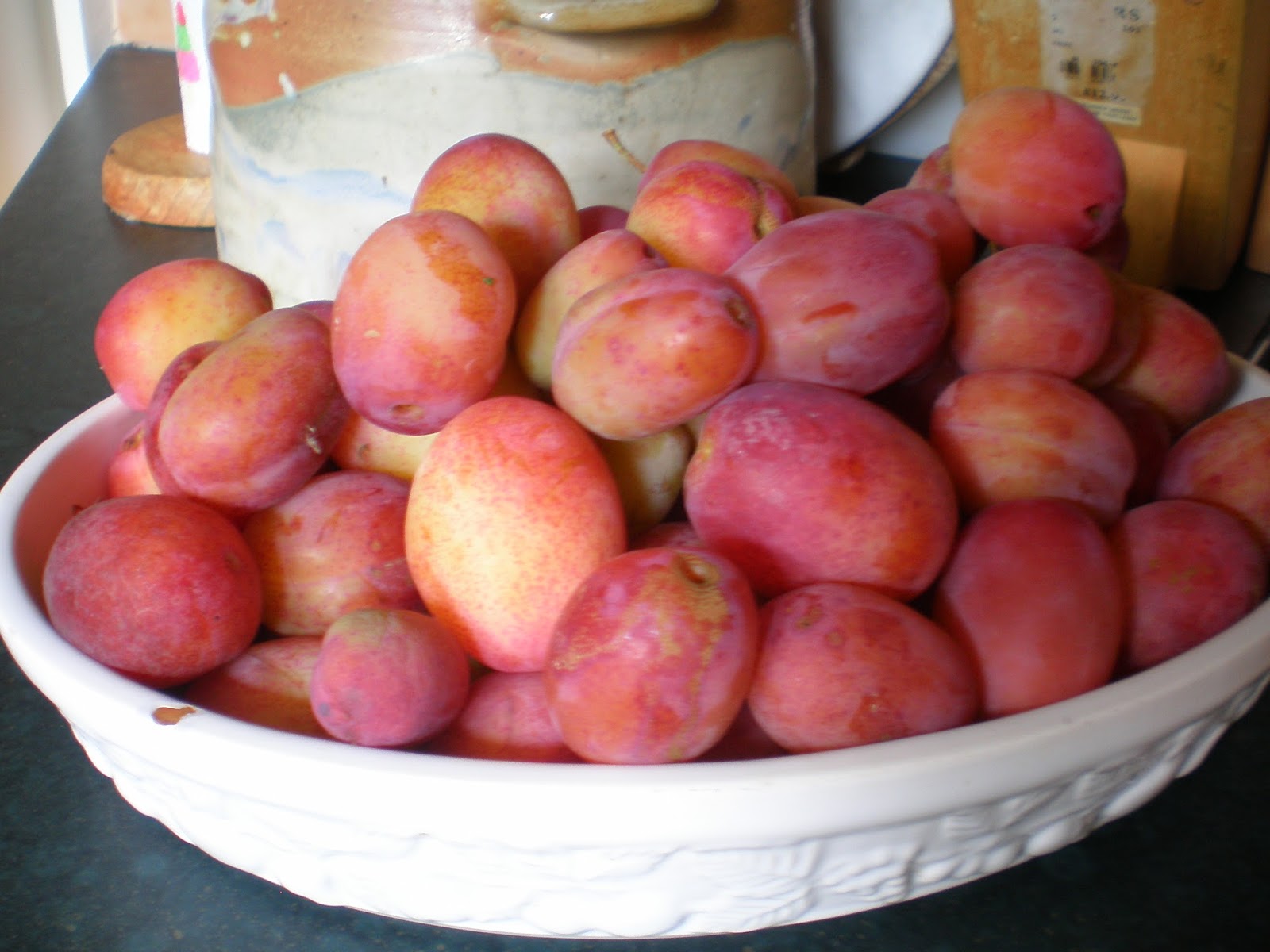 So far we've made plum crumble (recipe here). It's traditional and very more-ish - especially the sticky bits that are left stuck to the dish!

A number of jars of plum jam have also appeared, so that we can enjoy the taste of summer in the midst of winter. However, you need equal amounts of sugar and plums, so make sure you have the sugar in the cupboards (to avoid a frantic dash to the garage down the road)!  Apparently, leaving the stones in the plums whilst they stew and then removing them helps the jam to set.  However, this wasn't really true for us and so a dash a lemon juice would have made it thicken a bit more! 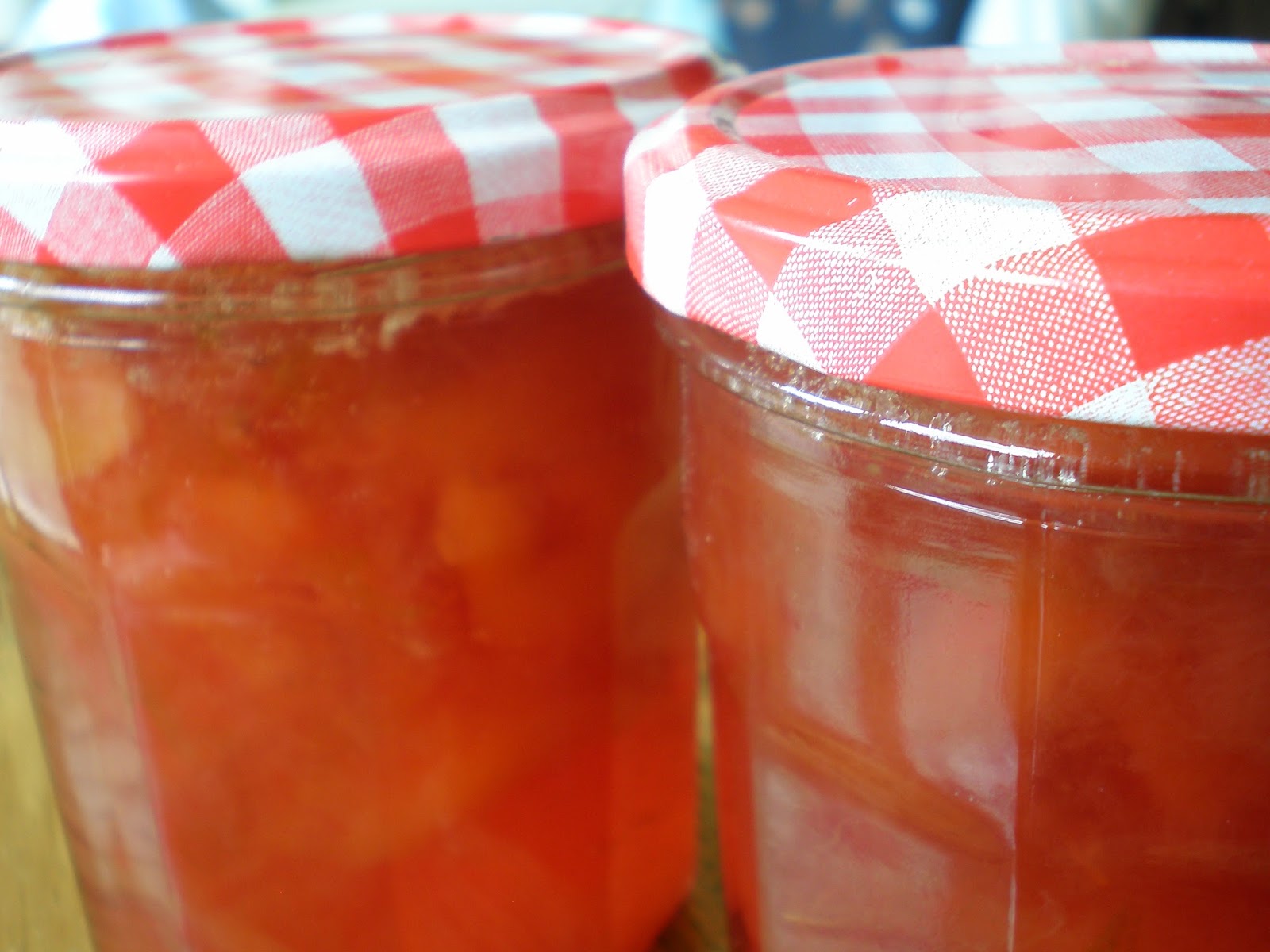 Plum chutney was an idea that never got off the ground - good in theory, but not in practice.

One of the other very simple recipes we regularly make (when plums are in season) is plum compote. Stew plums with sugar and a little cinnamon, then eat hot or cold with yogurt.

How about you - are you experiencing any garden gluts? What are your favourite recipes? 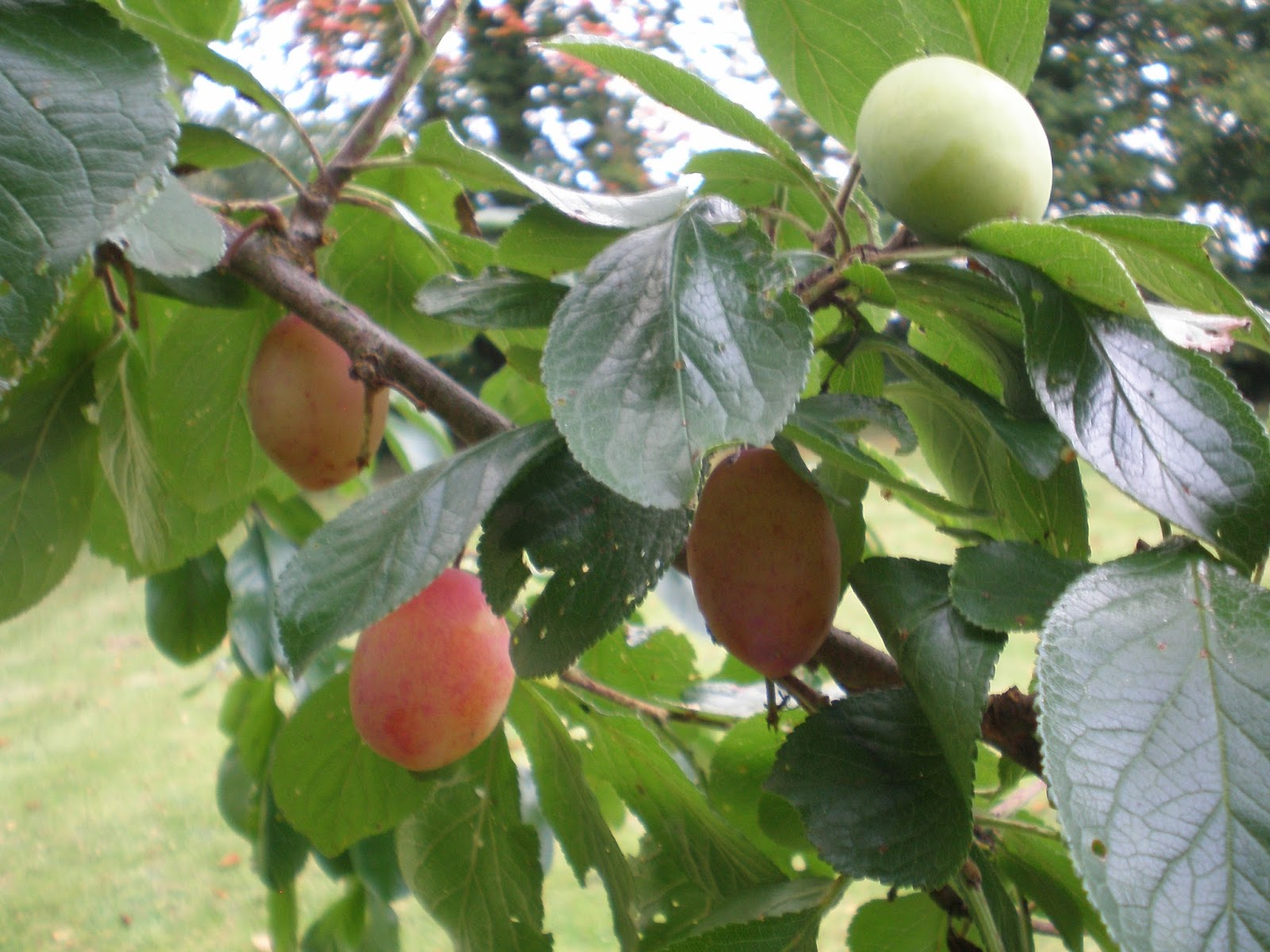 1. Put the water into a big pot. Halve and stone the plums (or leave the stones in and remove them later as you wish). Add the plums to the pot and stew over a gentle heat until soft and mushy - about fifteen to twenty minutes.

2. Add the sugar and stir over a low heat until it has all dissolved. Turn the heat up and boil for fifteen minutes.

3. Test to see if the jam will set by spooning a little onto a plate. If it forms a skin after a few minutes and wrinkles when pushed gently with a finger it should be ready. If not, boil again and add a little lemon juice.

4. Once ready, spoon (or pour) into sterilised jars and screw on the lids. Cool before storing in a dark cupboard. Keep in the fridge once opened. 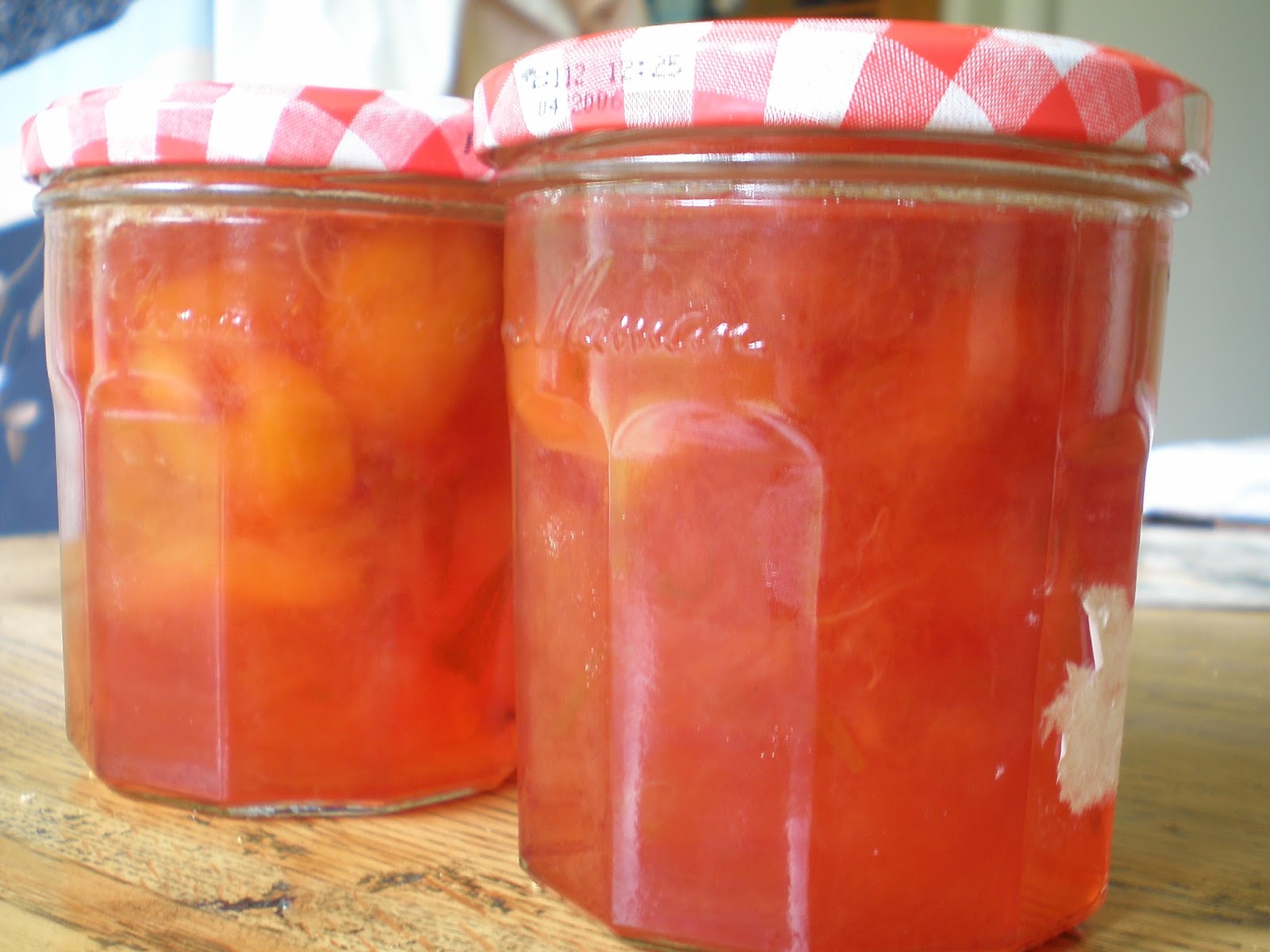