Santander has a beautiful bay that extends into the Atlantic Ocean. Boats come from all over the world to stop in the port. There's a long history of fishing and sailing and so it seemed only natural that we should take to the sea ourselves! 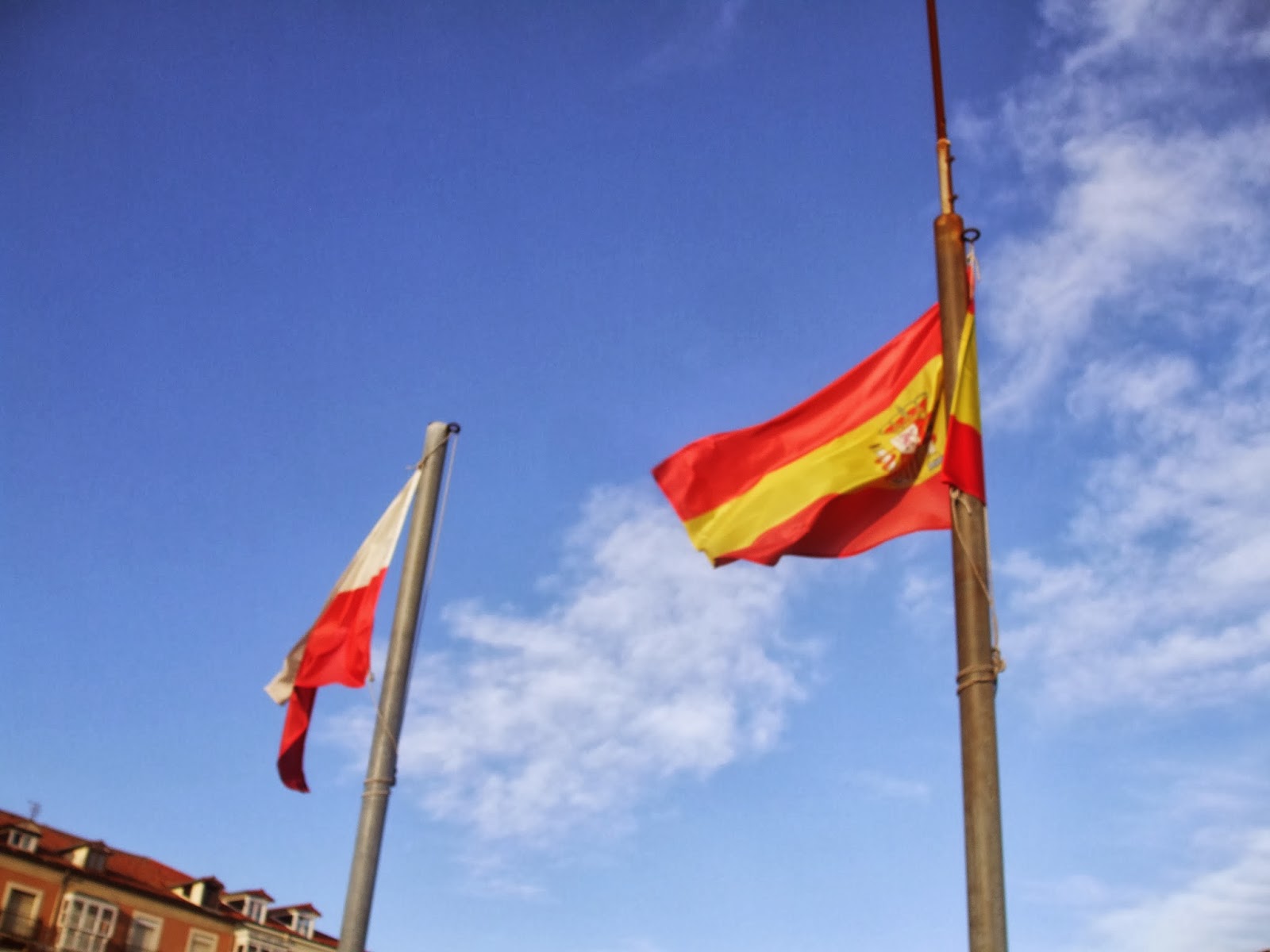 We stepped onto the boat and the journey began. 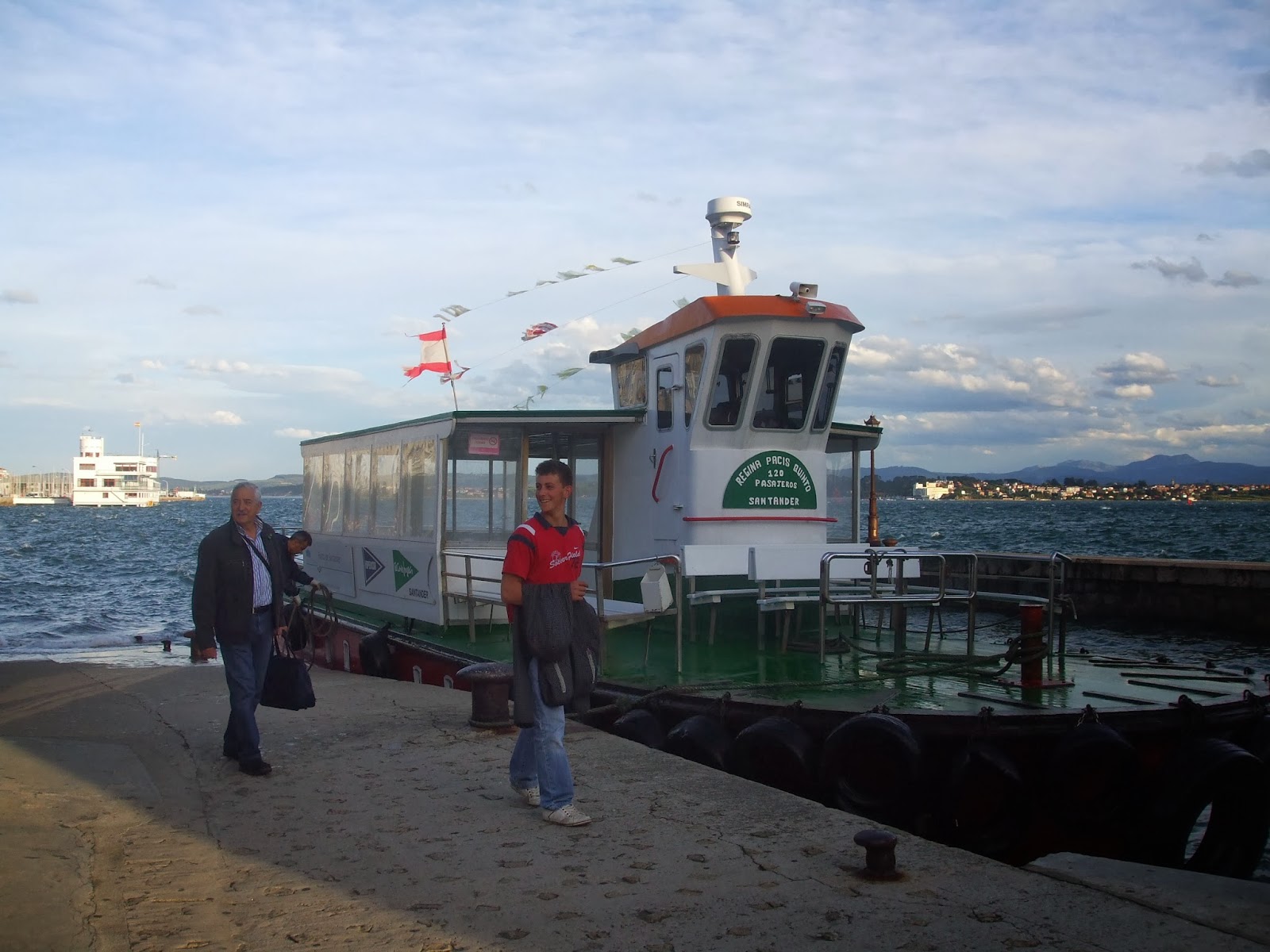 The sea was quite rough! 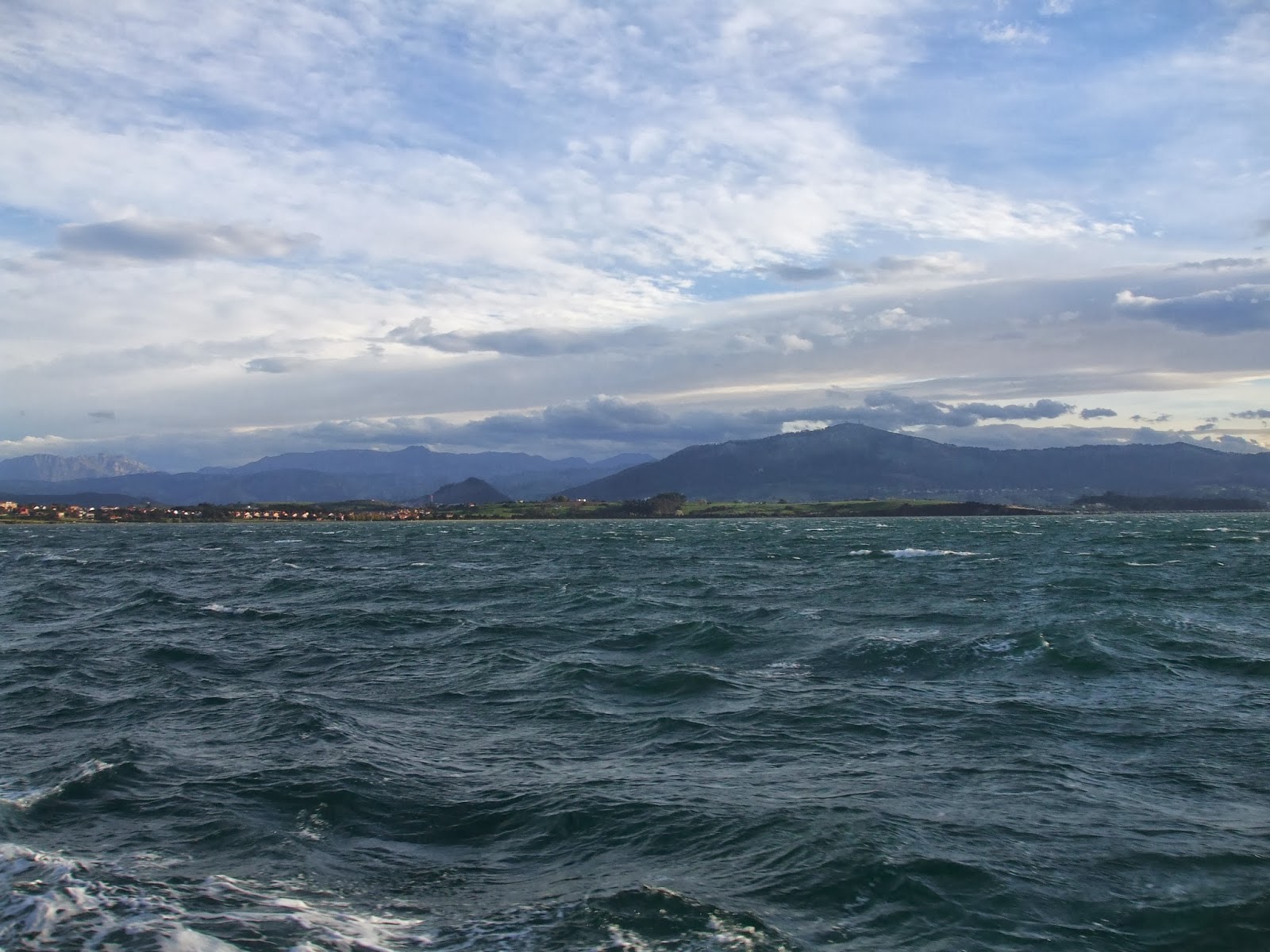 As we pulled out from the bay we could see the whole city. 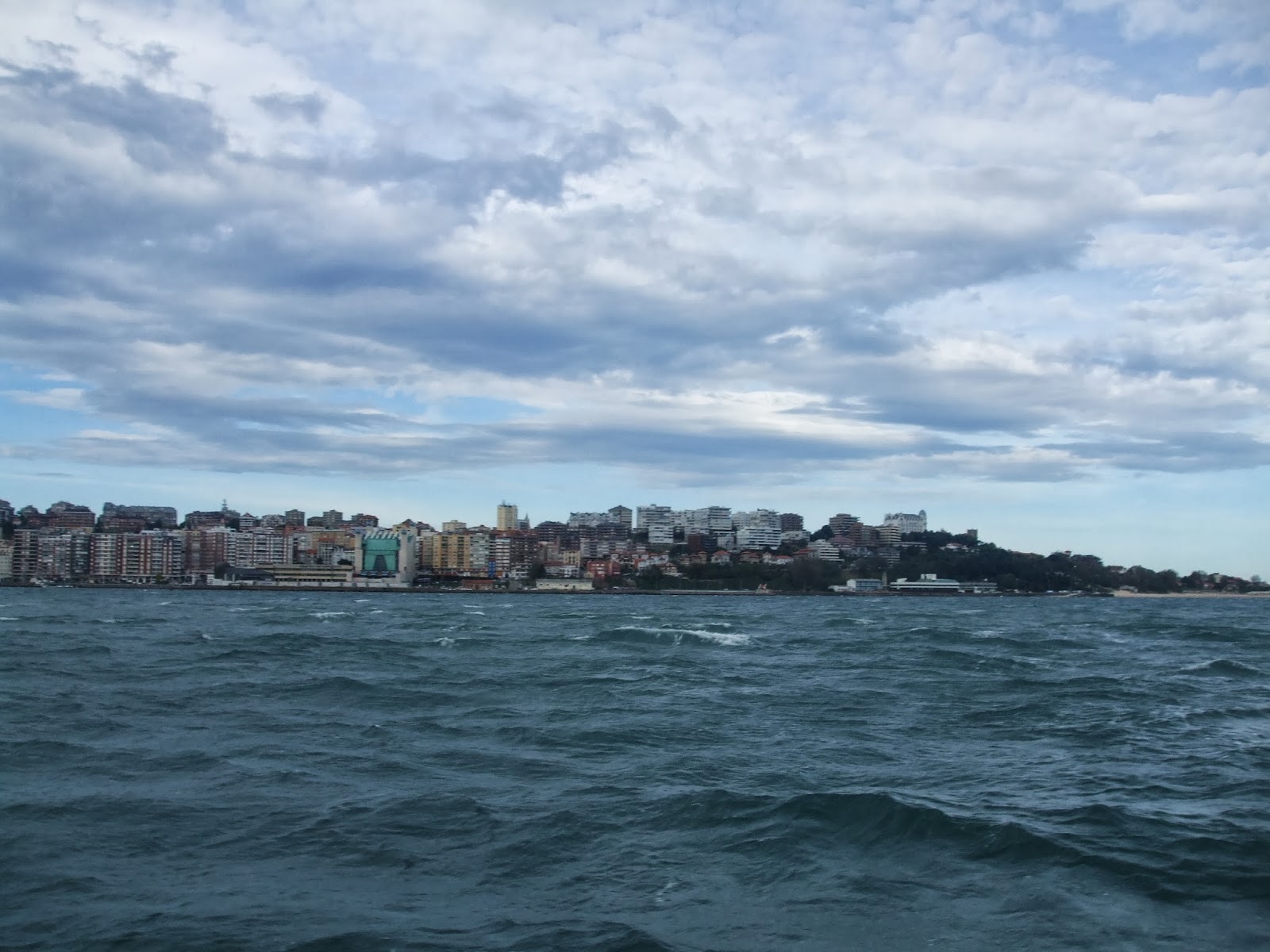 The scenery was absolutely breathtaking. It looked like something from Lord of the Rings! 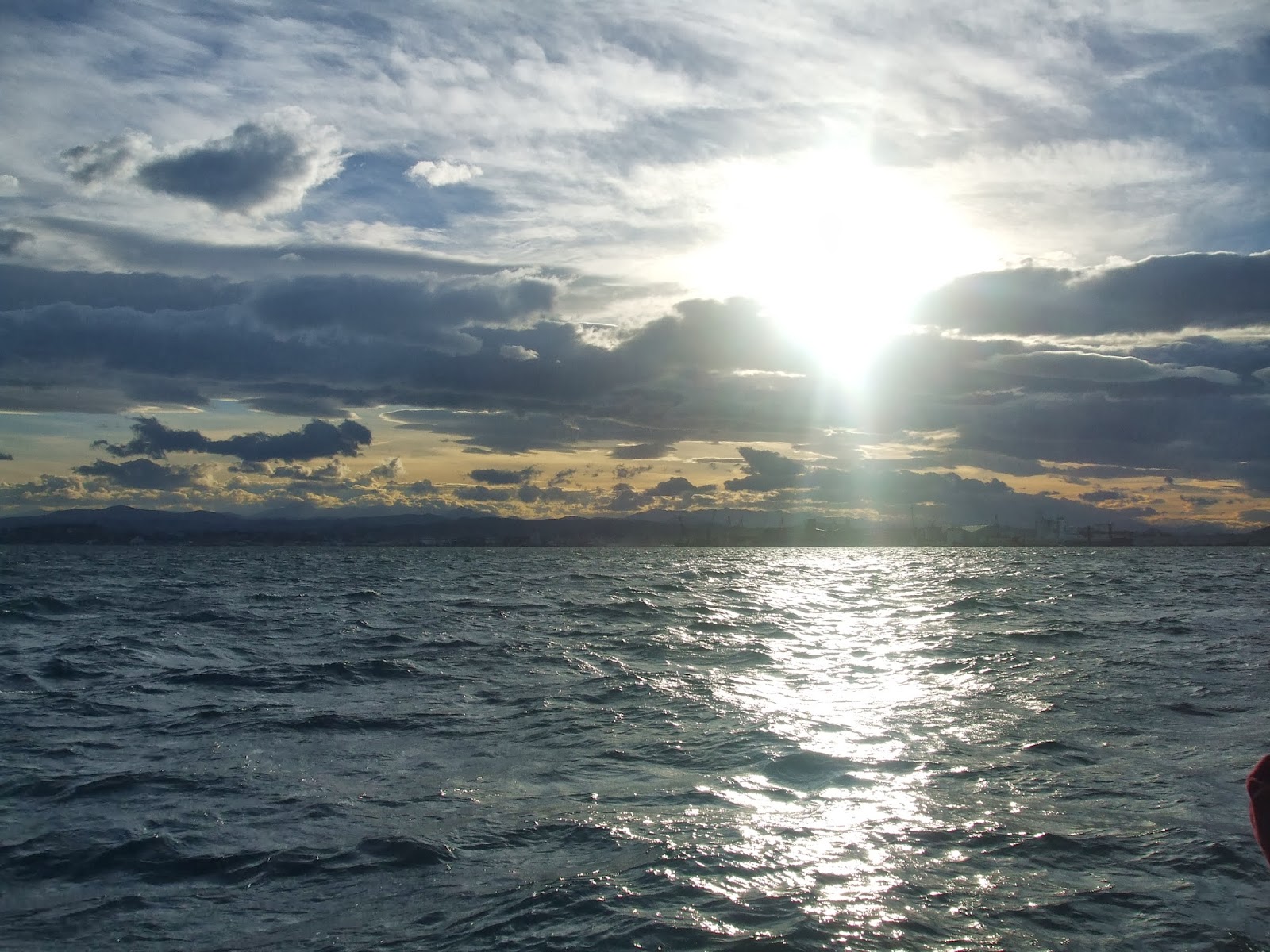 You would never have thought that Spain could be so beautifully green and hilly.

After half an hour we arrived at our destination. ¡Vamos a la playa! 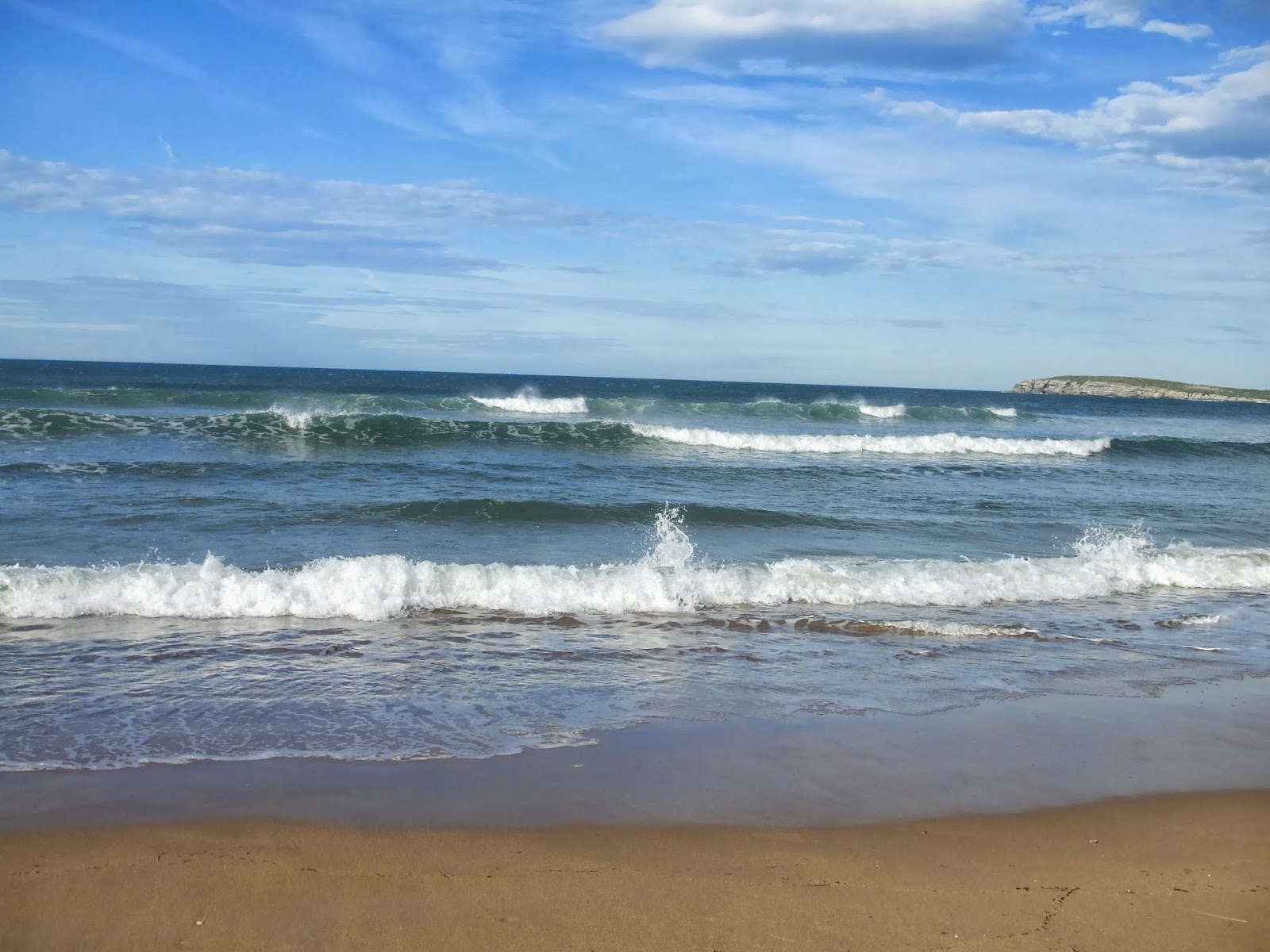 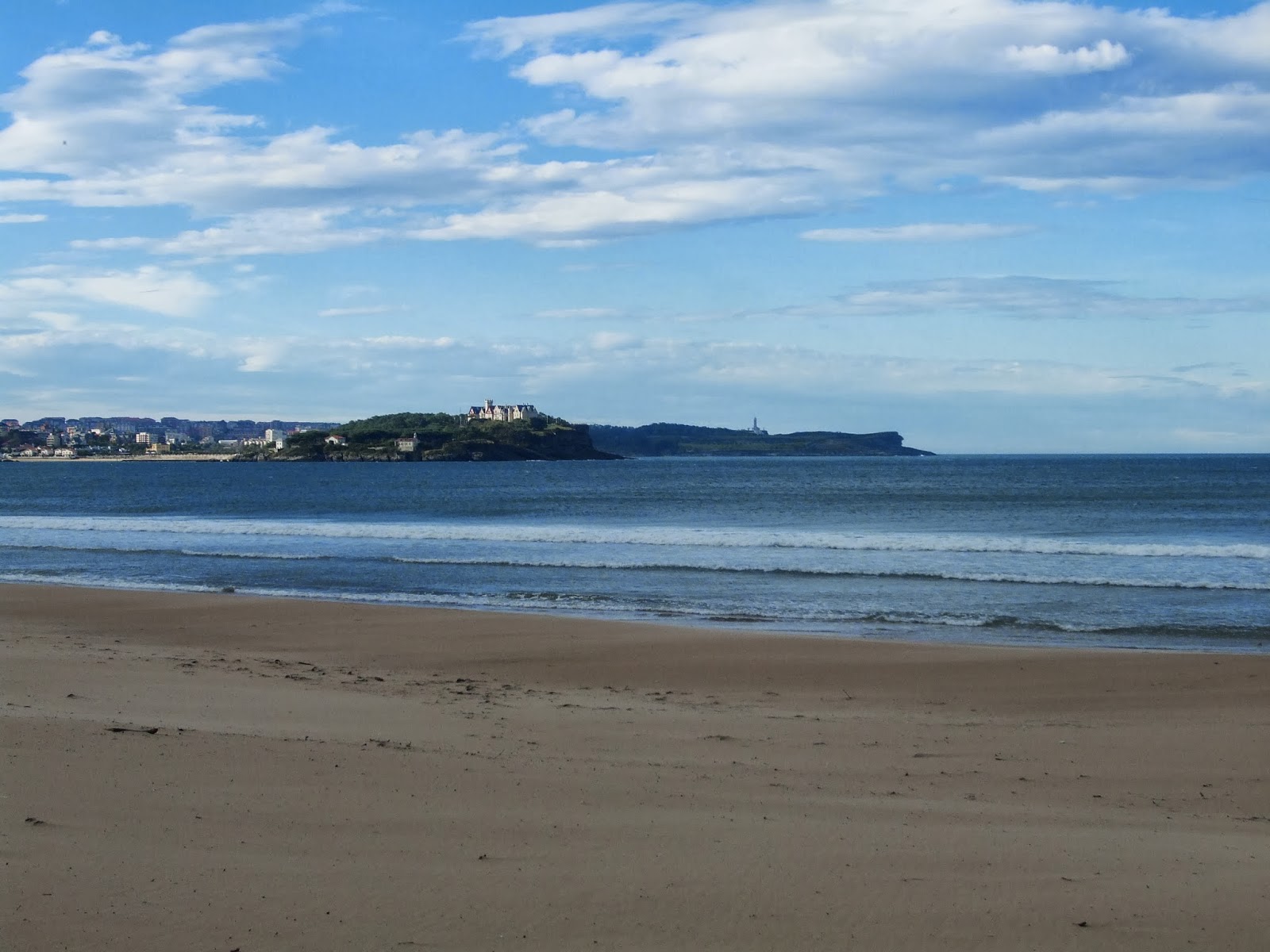 The sea was slightly chilly but that didn't stop us from having a bit of a paddle. Once the initial excitement had worn off we got down to the real business - sand pictures. 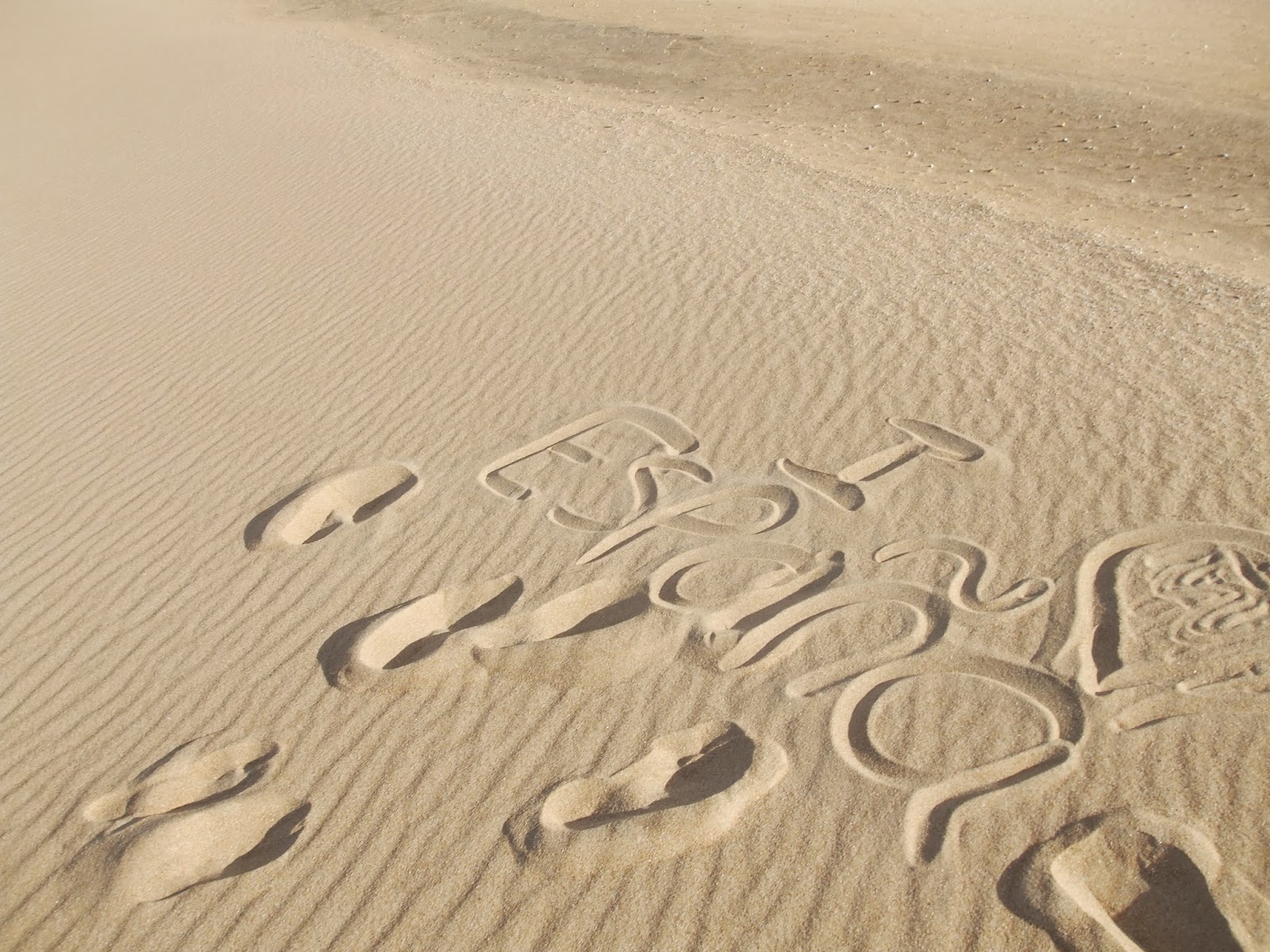 We even managed to make some arty looking footprints! 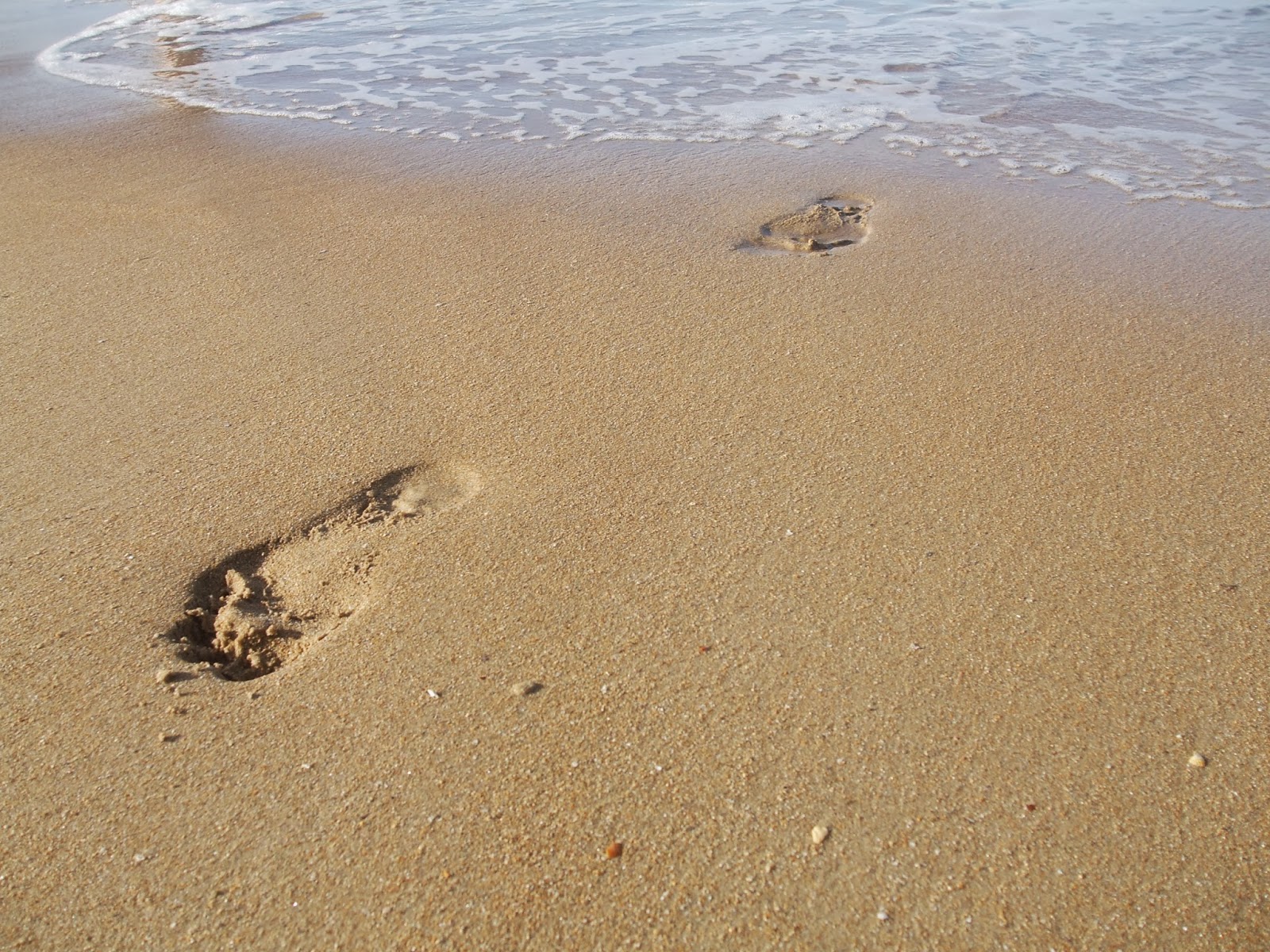 After that we lay on the sand, breathing in the salty sea air and basking in the warmth of the sun.

All too soon it was time to leave. Goodbye, beautiful island! 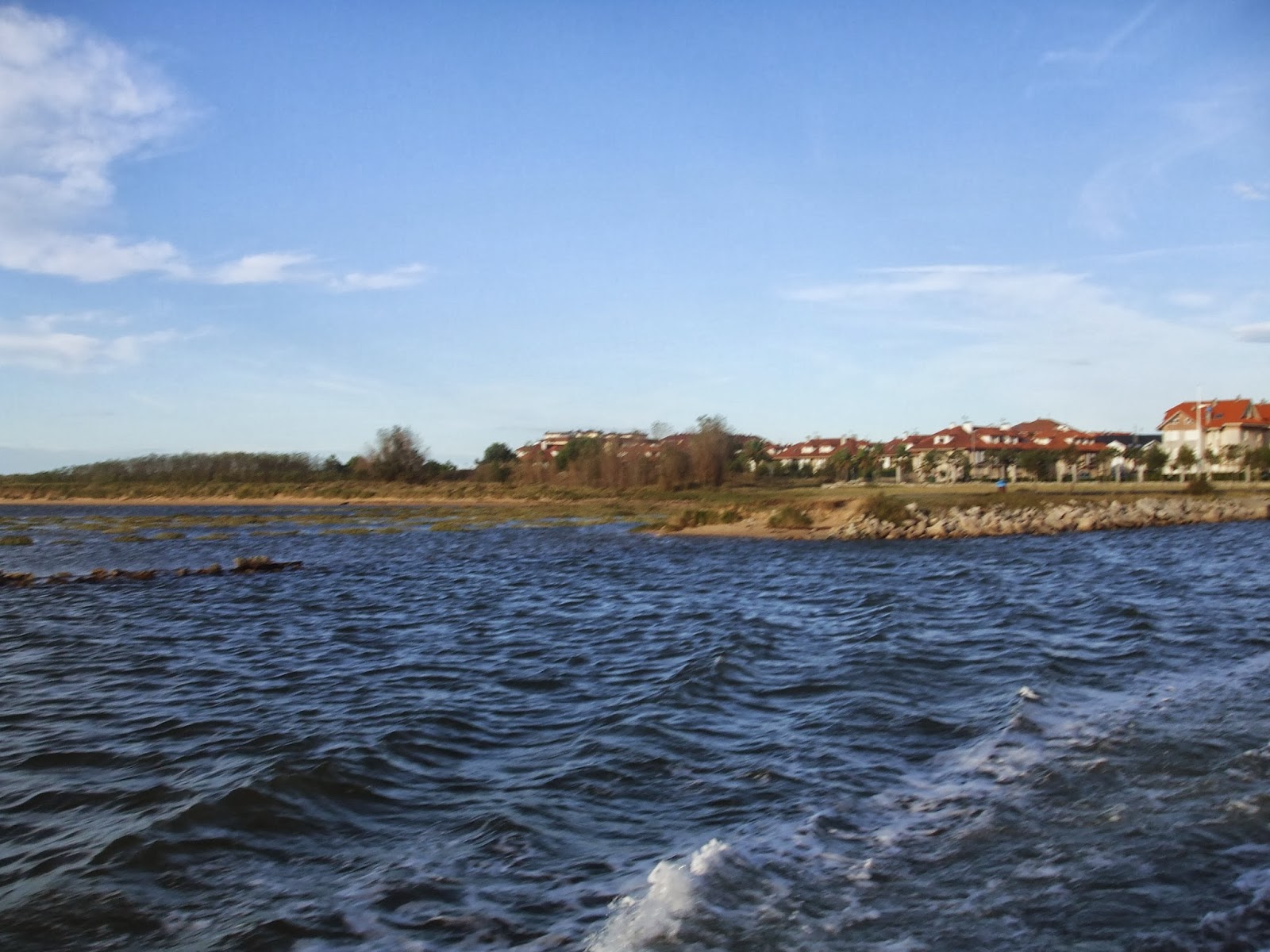 Our day hadn't finished, however. We were taken on a walk along the port. (Which boat belongs to Nate Archibald?) 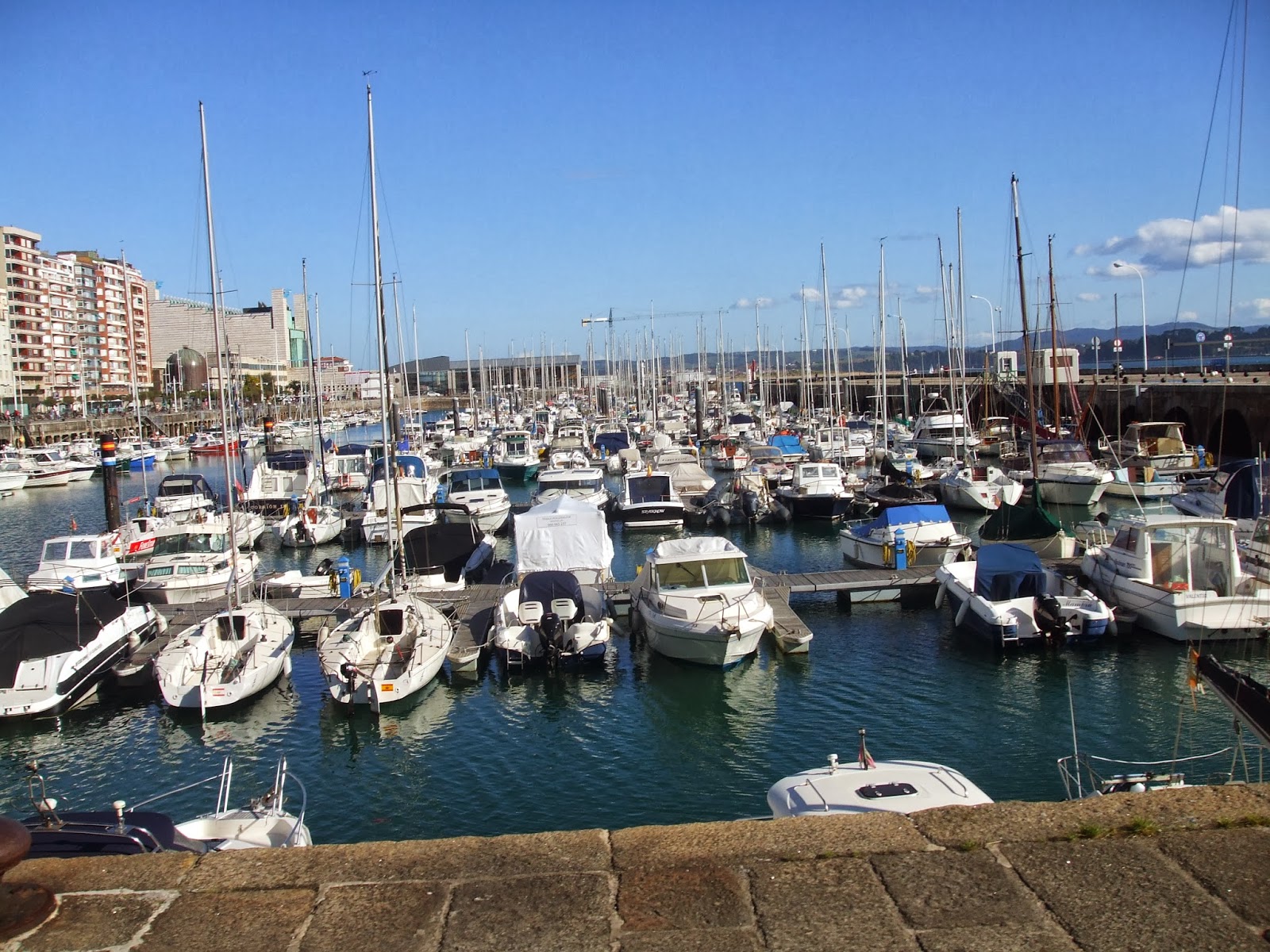 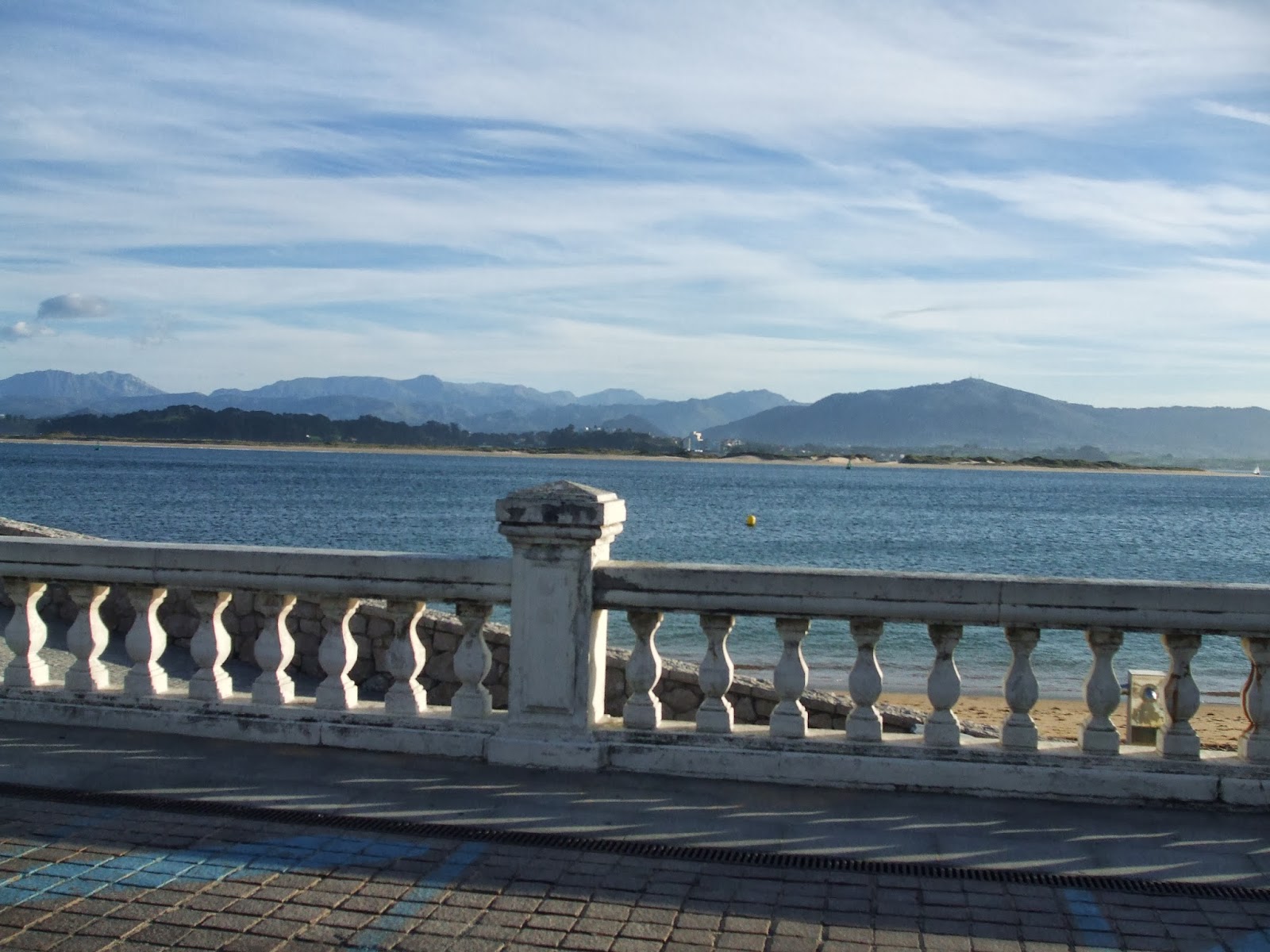 Santander has a tiny peninsula attached, and we took a Dotto train to learn about the history of the area. (We'd done enough walking for the day!) 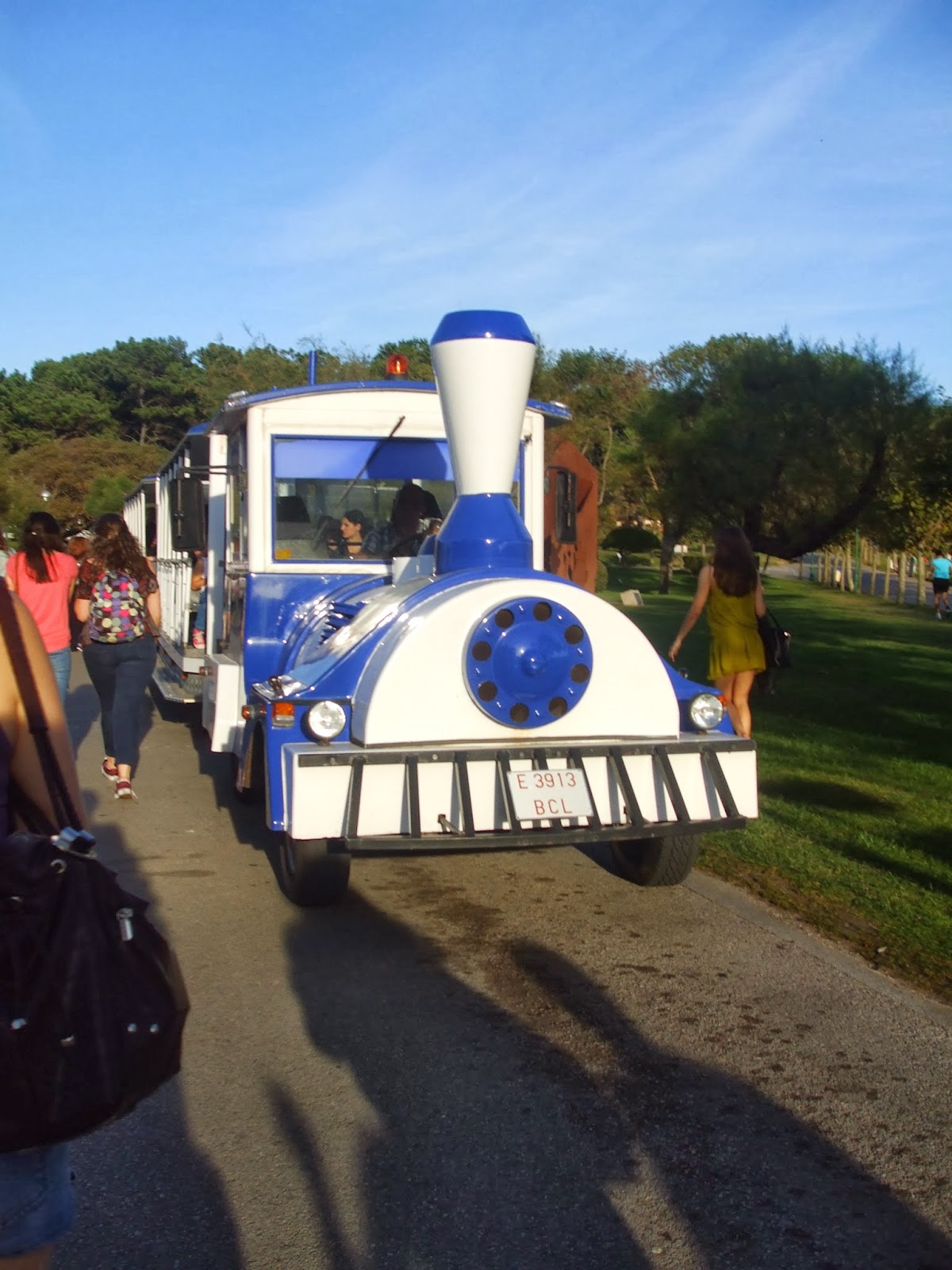 The peninsula is dominated by the Palacio de la Magdalena, which was built in the early 20th century for the king and his family to stay in during the summer. It's a lovely building in a beautiful setting. 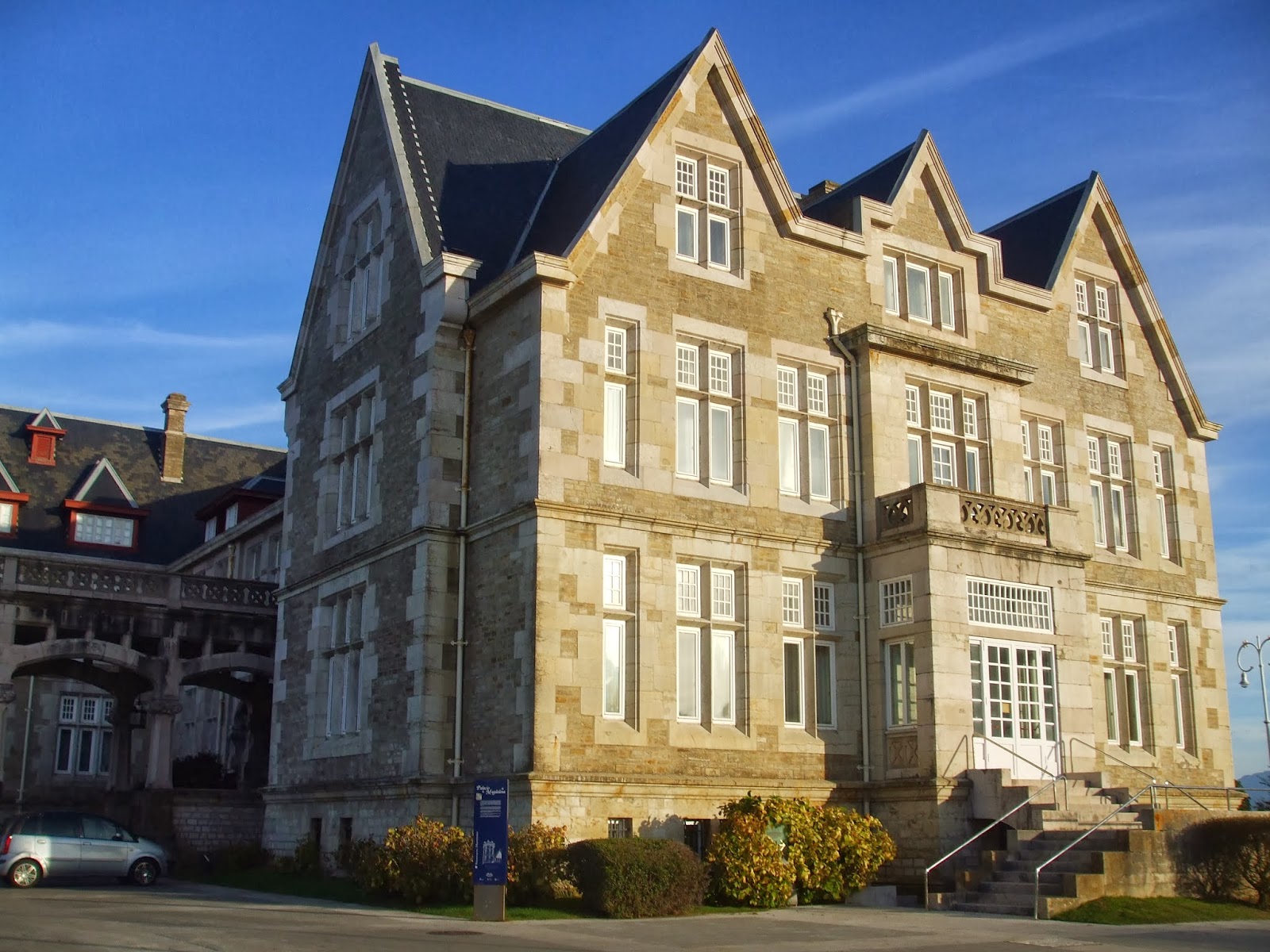 At the end of our tour (which only lasted about ten minutes) we were greeted by penguins and this cutie, who decided to impress us by rolling over for the camera! 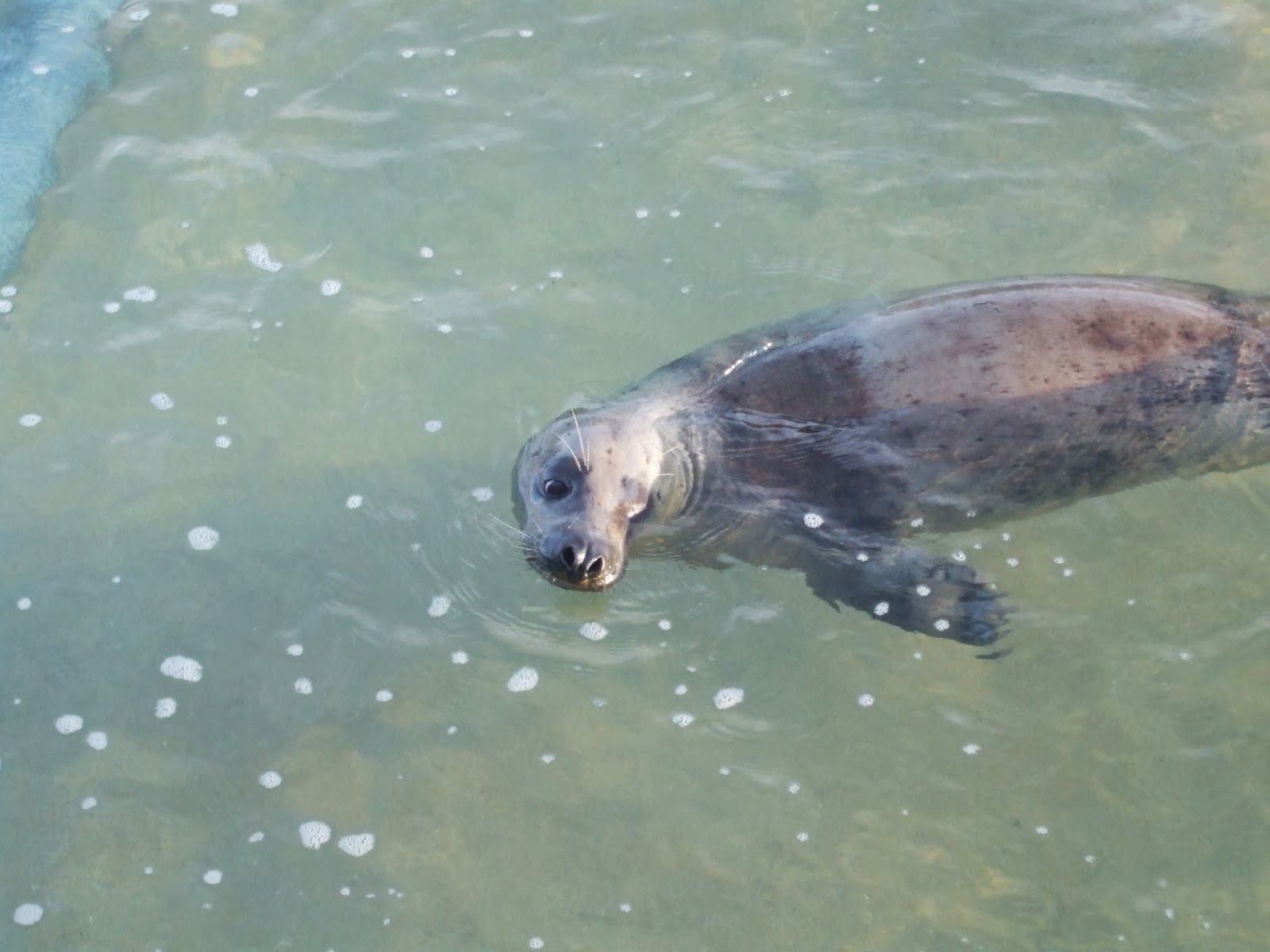 We were all tired and hungry by this point and so it was off for tapas at Piedras Blancas,  a local restaurant. I'd never had tapas before and was looking forward to it!

We started with little loaves of crusty bread, which we ate with Serrano ham, chorizo and salami. Personally I liked the ham best; I wasn't too keen on the salami! 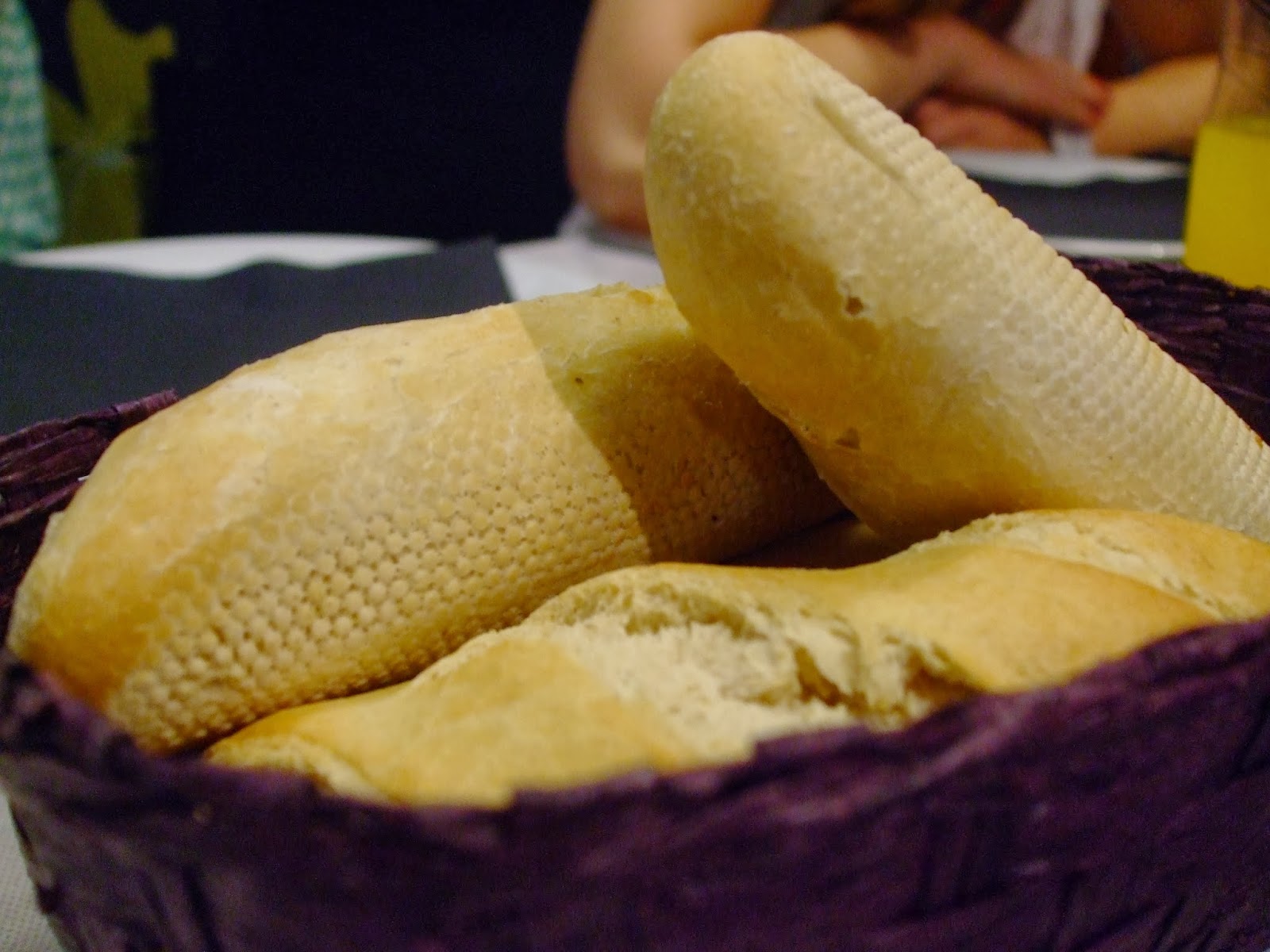 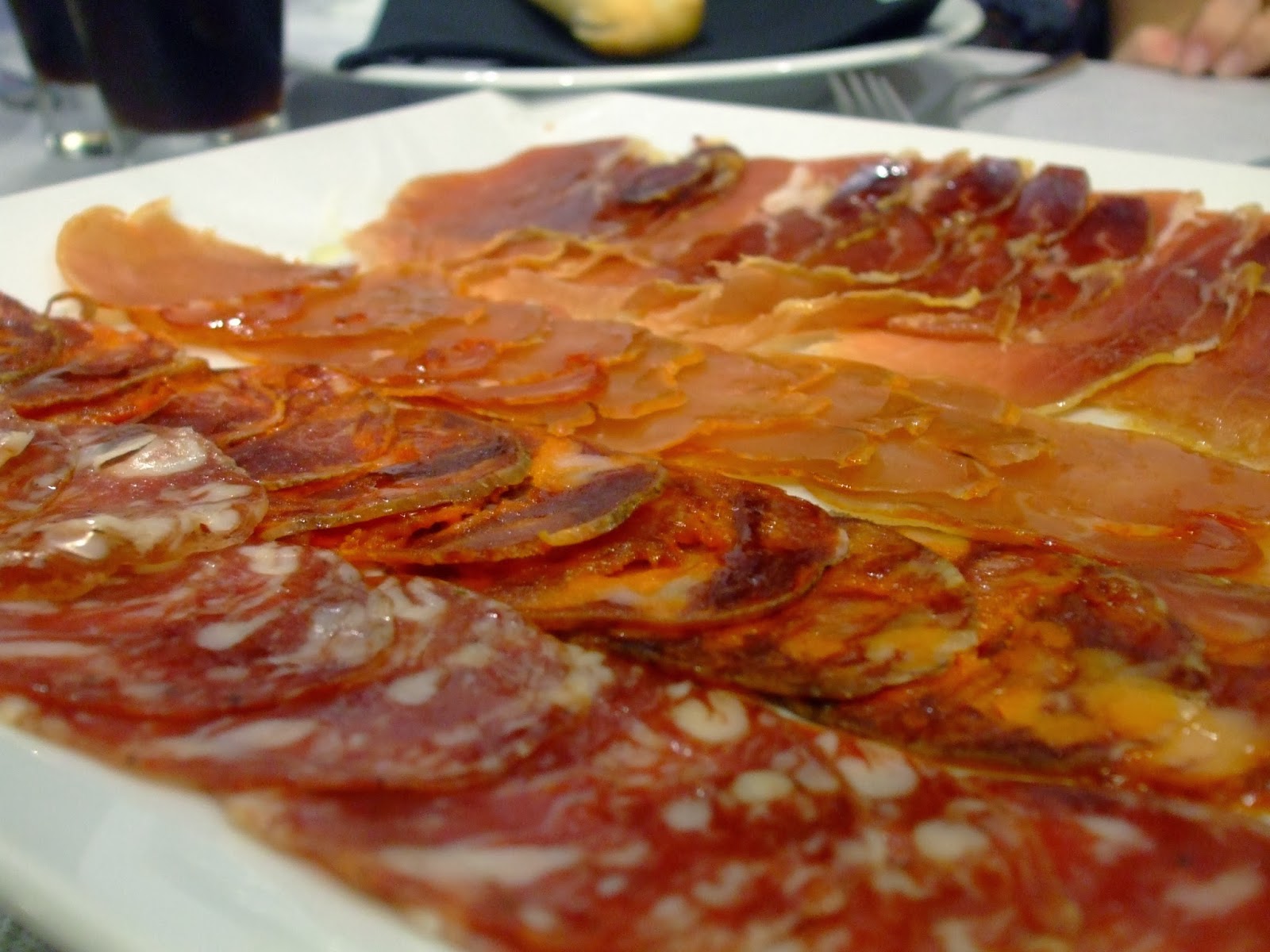 Followed by spicy sausages grilled with a green pepper. I liked this one a lot! 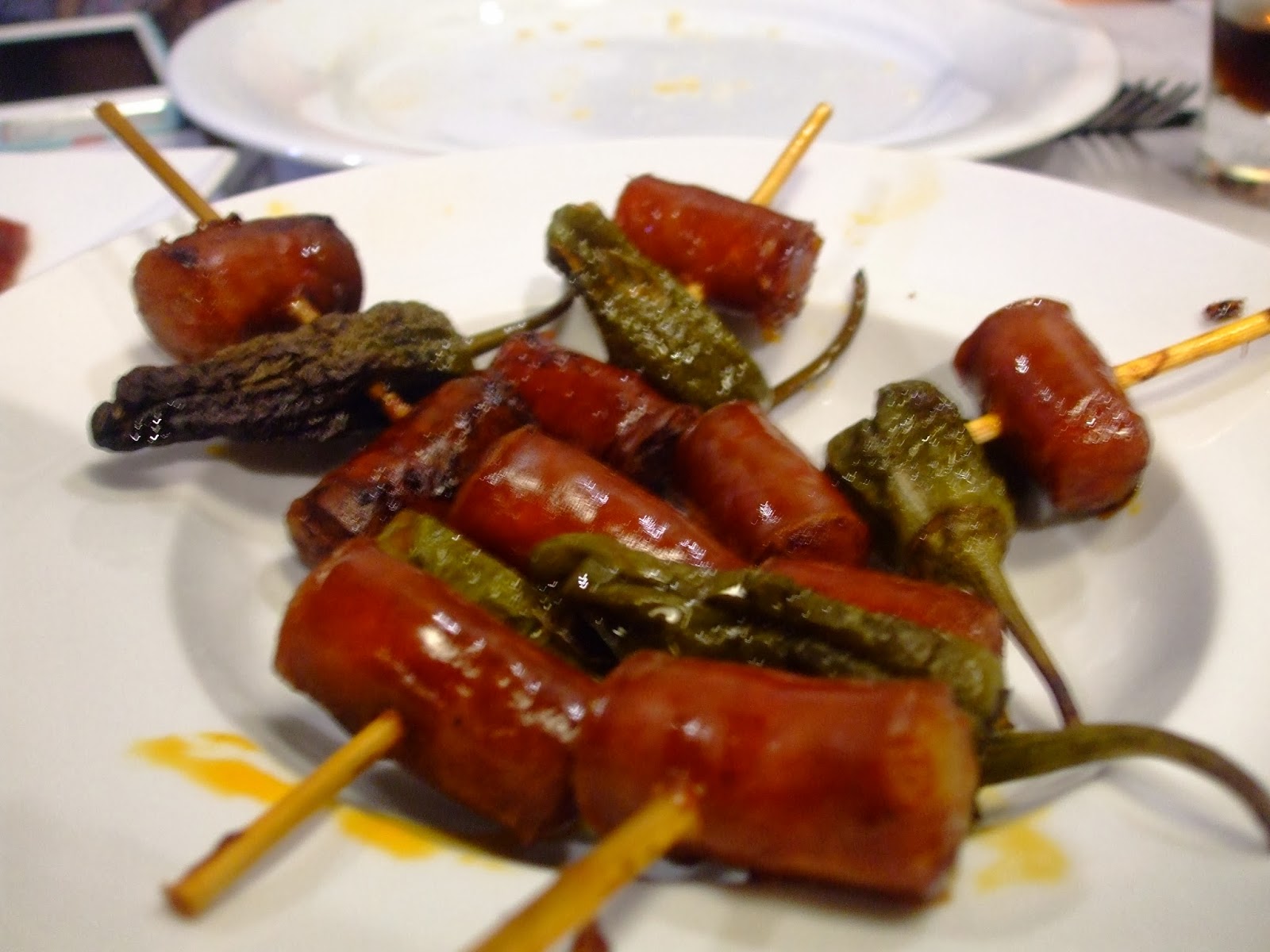 Next up was a cheesy, mushroom risotto. I love mushrooms so I enjoyed it, but the fussier friends among us didn't find it to their taste. (All the more for me!) 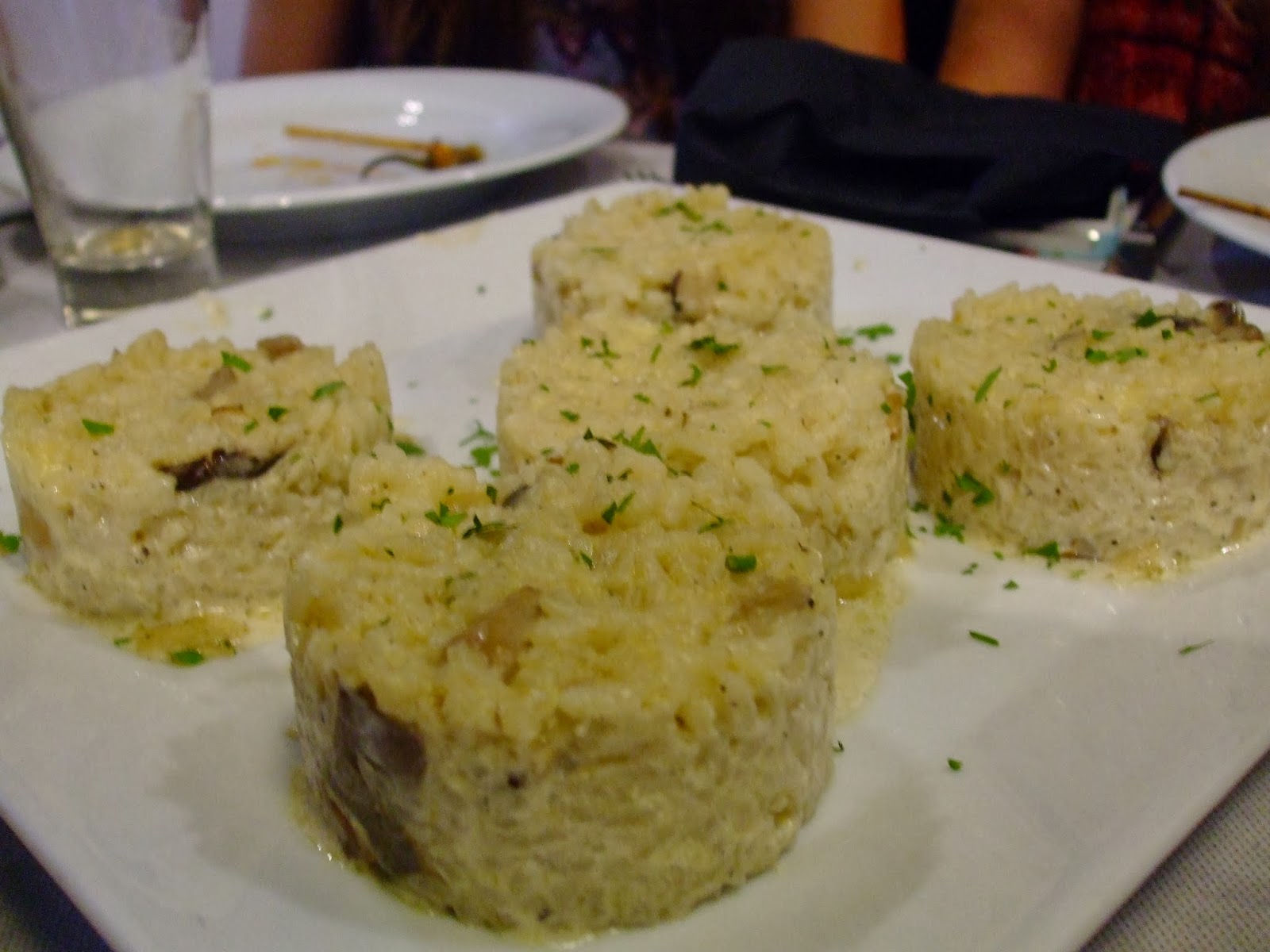 Last to arrive was my personal favourite of the night - albondigas. (That's meatballs to you and me!) I think they were made of pork - they tasted lighter than our usual beef ones  - and cooked in delicious tomato sauce. Again, I think I ate most of this dish myself whilst the others at my table nibbled on crisps. Ah well. 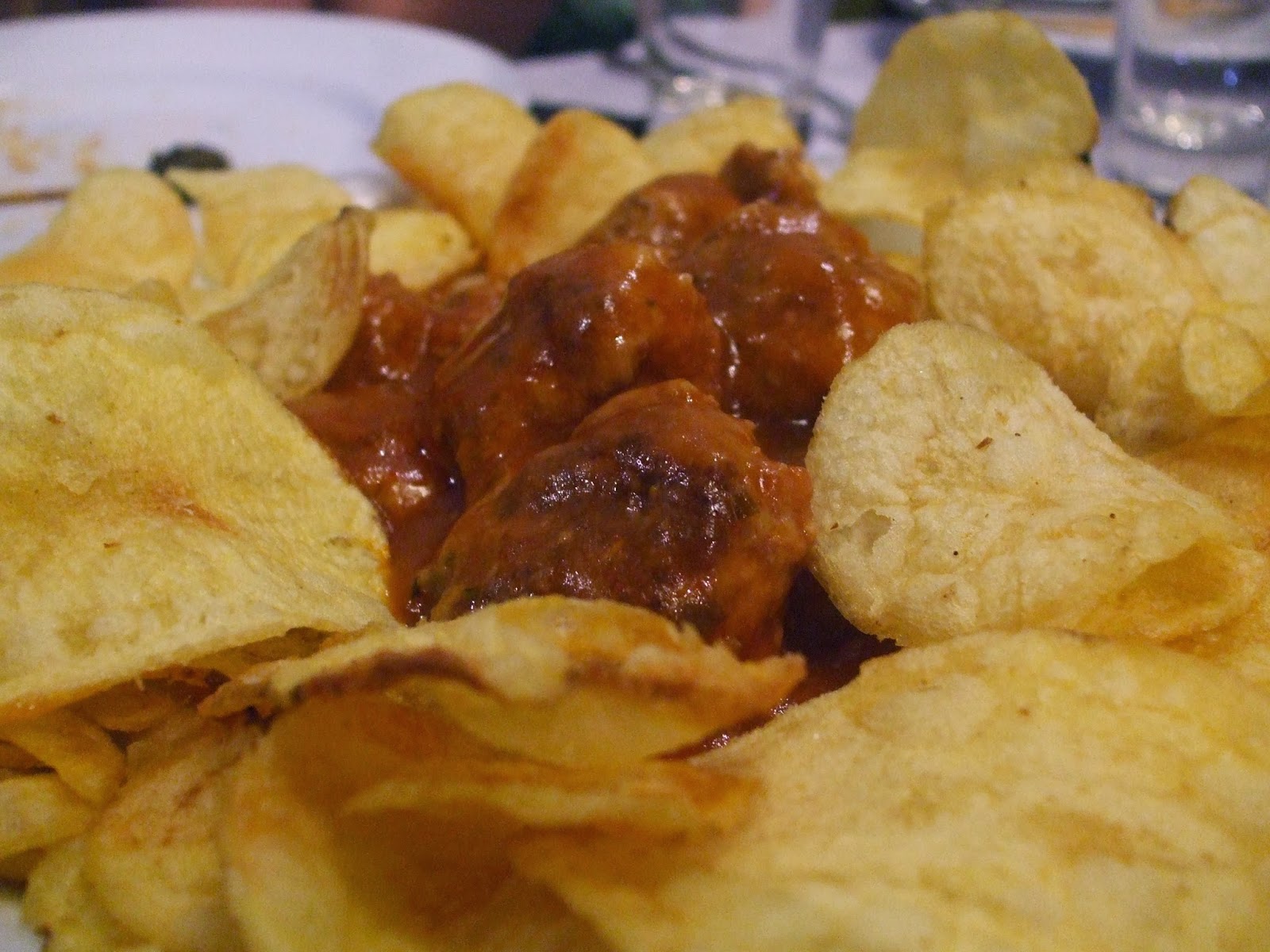 I had a brilliant day - definitely one of the best parts of our trip. I hope to recreate the meatballs at home, and I may share them with you if they are a success! Have you ever eaten tapas? What's your favourite dish?
Labels: life review spain travel