One day, after our language class, we all piled onto the bus and made our way into the country, to the beautiful village of Comillas.

I'd stayed in a little townhouse here for two weeks a few years ago so I was excited to be back! 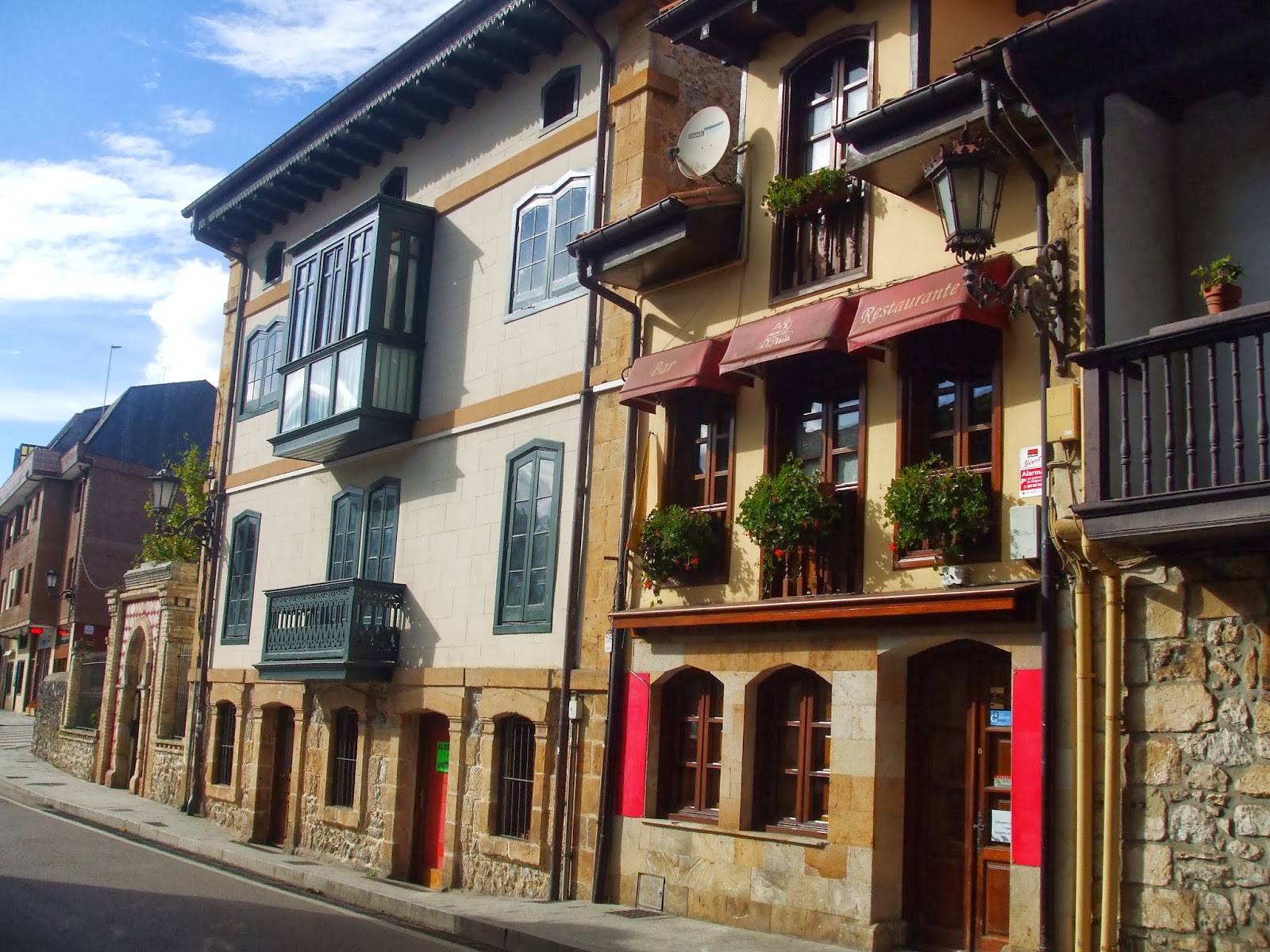 We were dropped off just outside the Capricho de Gaudí. Antonio Gaudí was a famous architect, well known for designing buildings such as Park Güell in Barcelona.

After eating our packed lunch (made by our lovely hosts, with fillings ranging from ham to omelette) it was time for the guided tour. 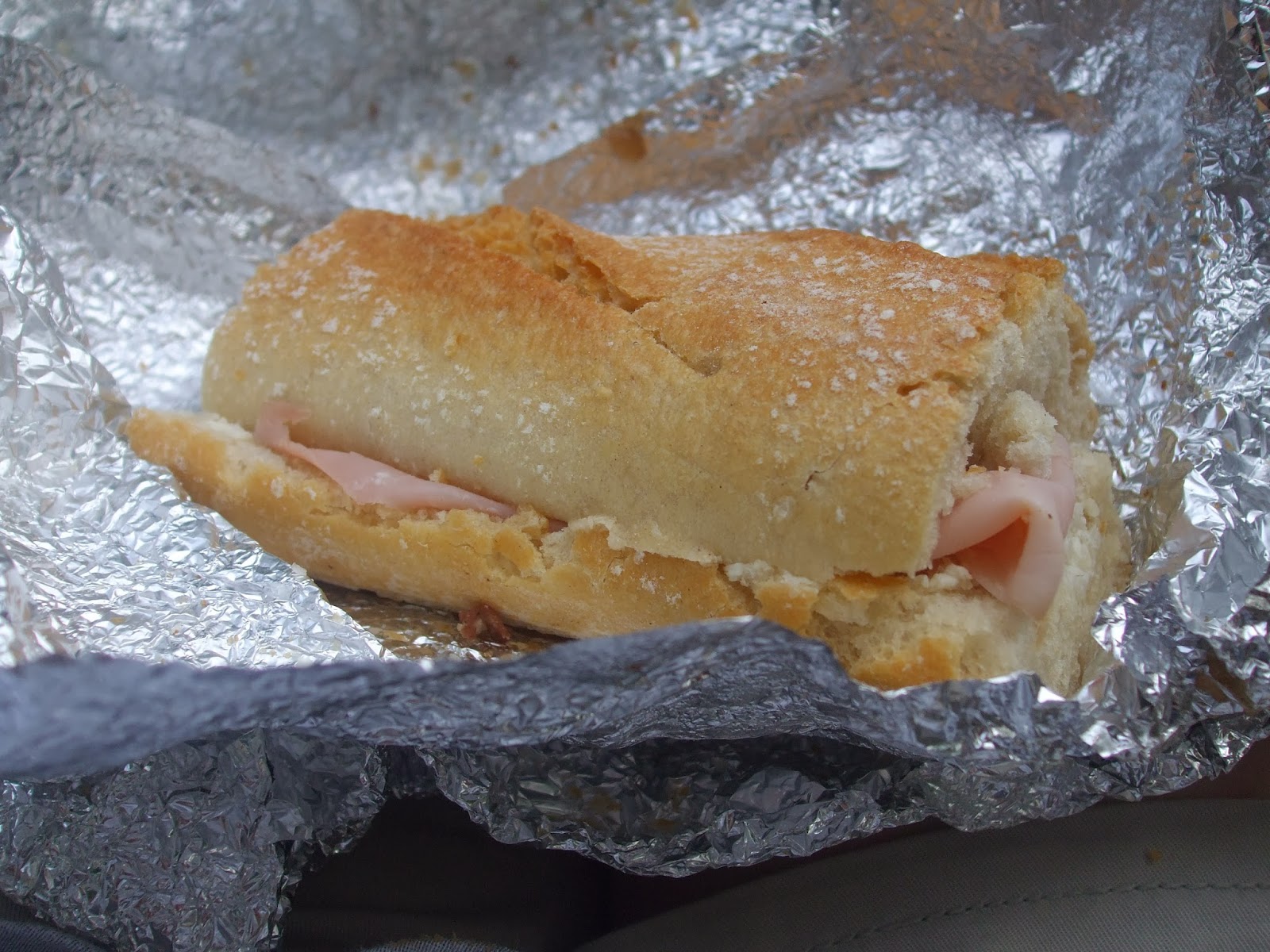 I'd been to the Capricho before but had forgotten many of the key details. Gaudí focused on designing houses that were practical and tailored to suit the individual. For example, the Capricho was commissioned for Máximo Díaz de Quijano, a music-loving bachelor. Gaudí therefore took inspiration from music and designed aspects of the house with that in mind, using treble clefs and crotchet heads to decorate the railings, and songbirds on the stained glass bathroom windows. There is also another little musical surprise but I'll leave you to find that out for yourself. 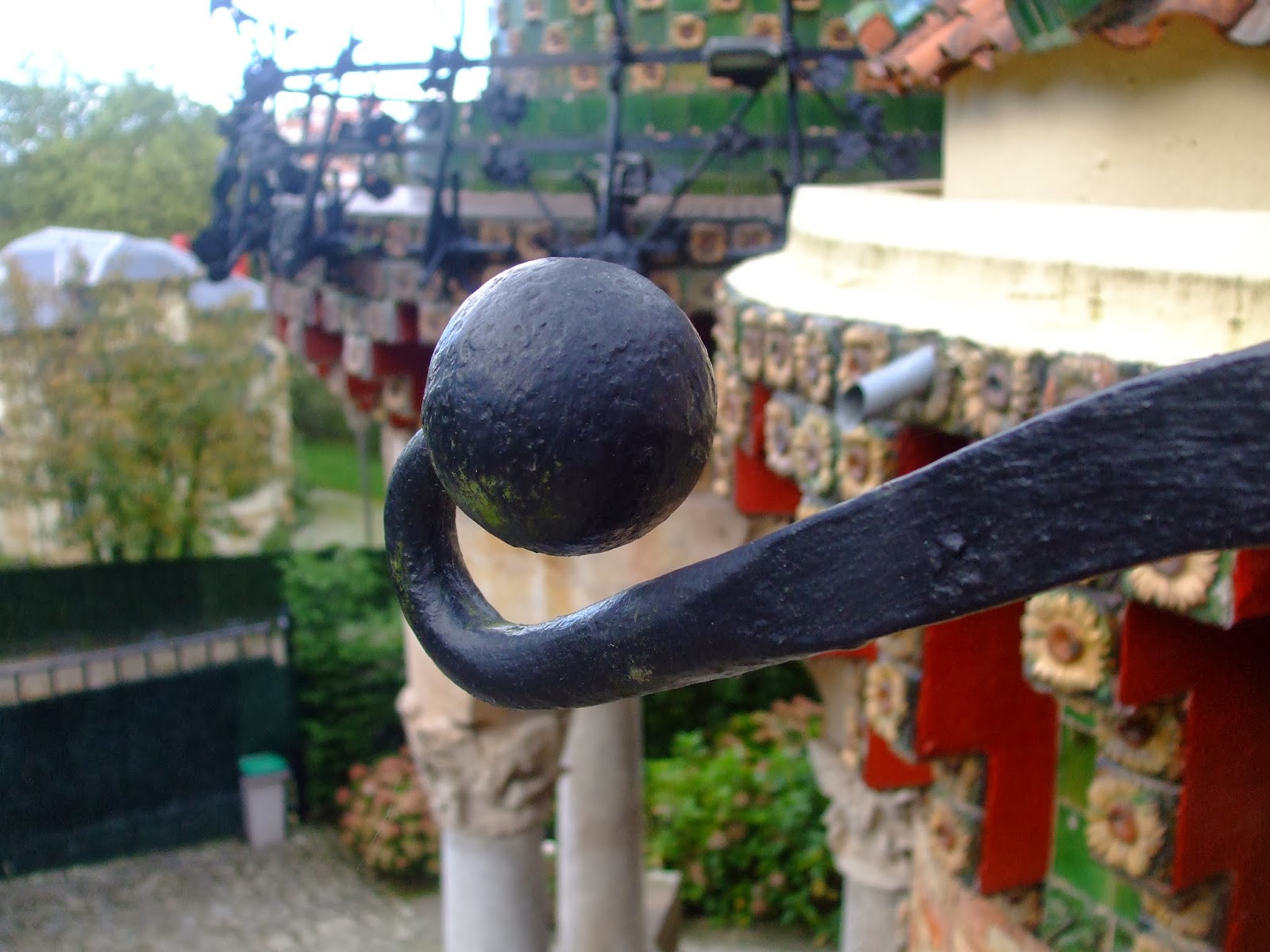 Our guide, Carlos, was rather handsome and spoke extremely good English - which was just as well, because I don't think I could have understood the architectural terms in Spanish! He tried to make architecture interesting by doing quizzes and keeping to the short, interesting facts. 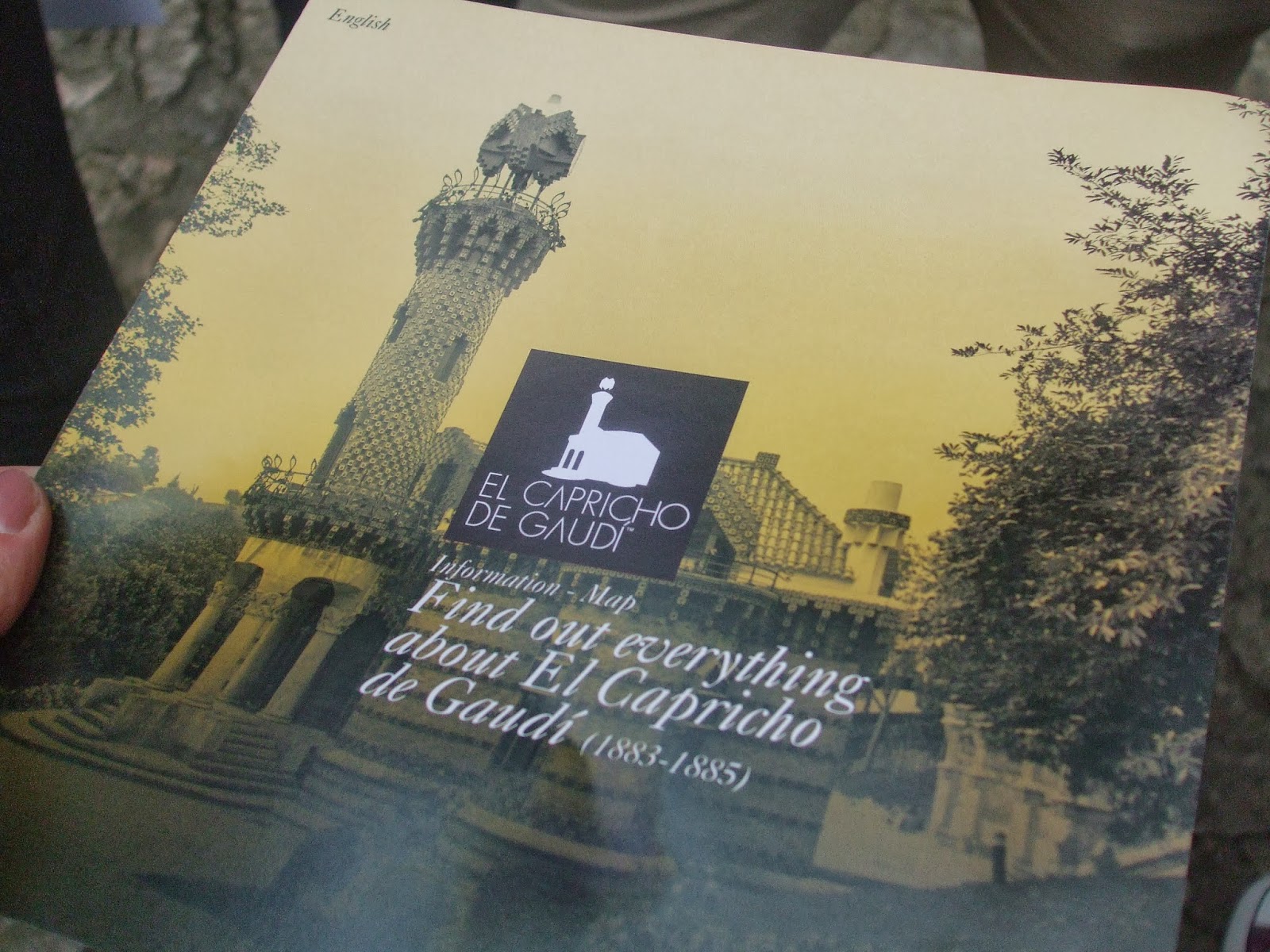 Gaudí once said, "Everything is written in the book of nature." The Capricho is covered in tiny little sunflower tiles and designed to follow the sun as you move round  the house - for example, the bedroom is placed in the east so that the sunrise can warm the room. Clever! 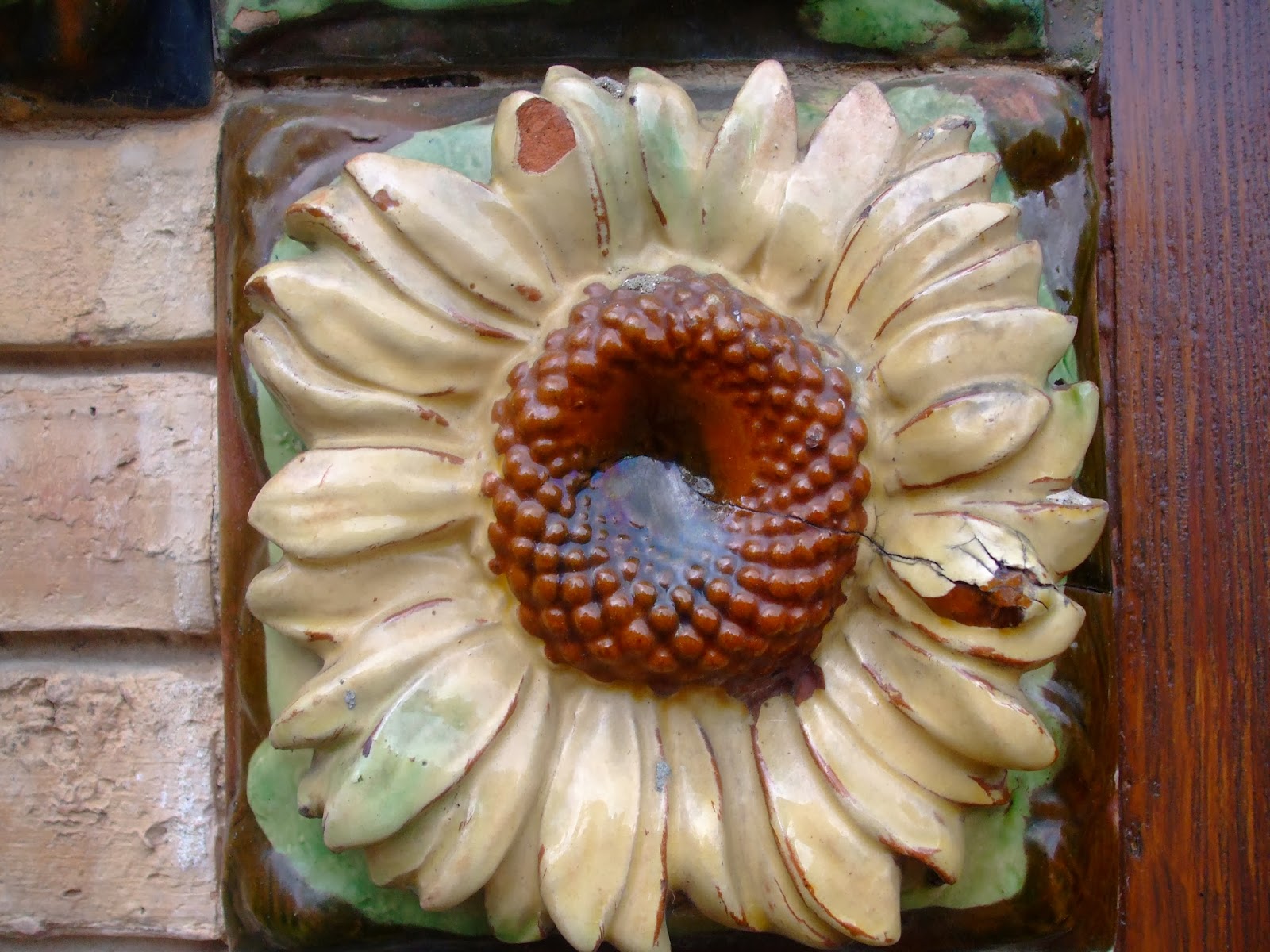 There's such a mix of architectural styles here that they shouldn't really work. There are classical influences in the columns, oriental themes in the windows and a very moorish feel about the building. Yet they all work together in harmony! 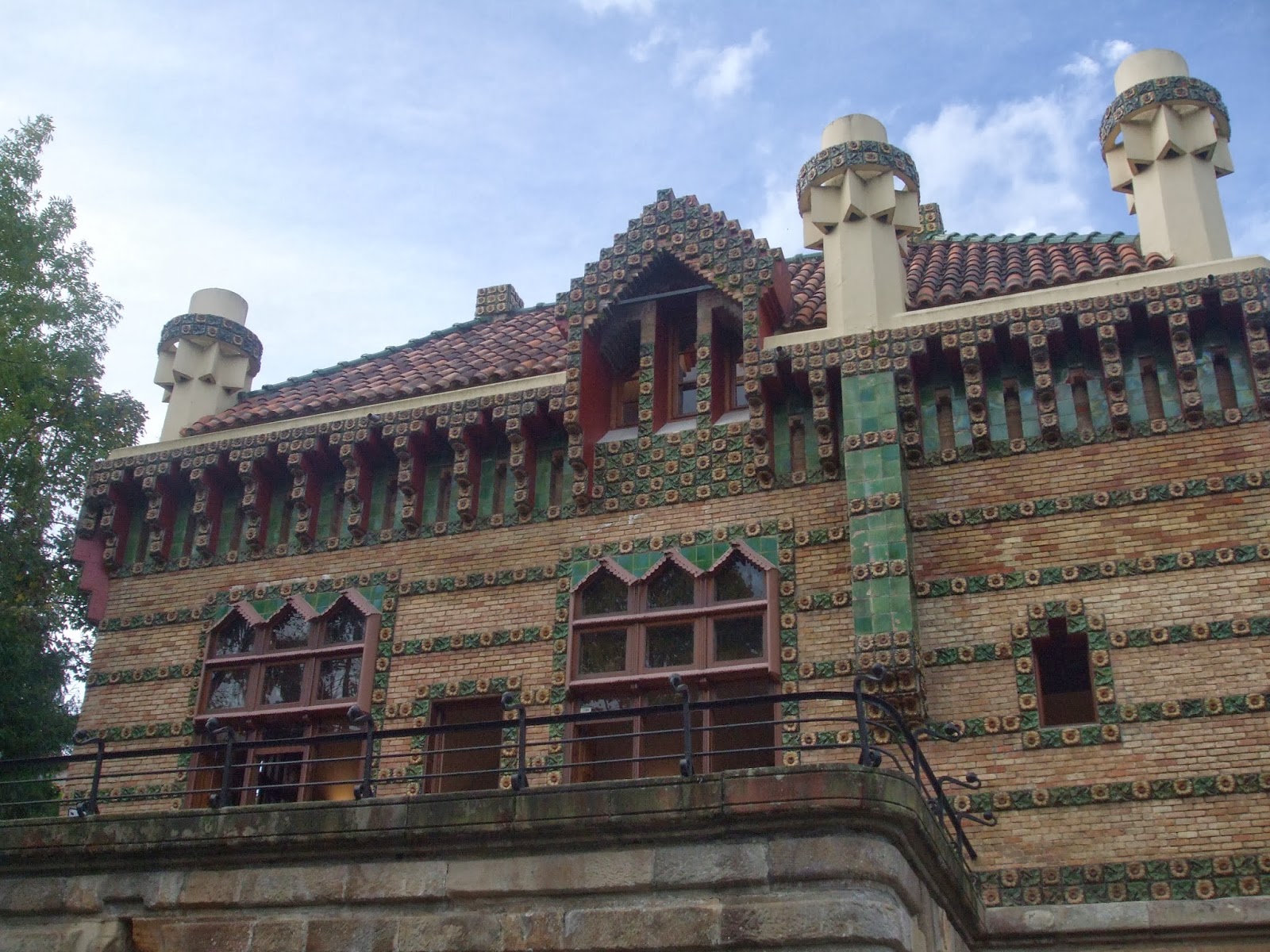 I really enjoyed the tour and would definitely recommend it if you're in that area of Spain. Even if you have virtually no knowledge of architecture (like me) it's a great building to go and appreciate the amount of work that goes into designing buildings. 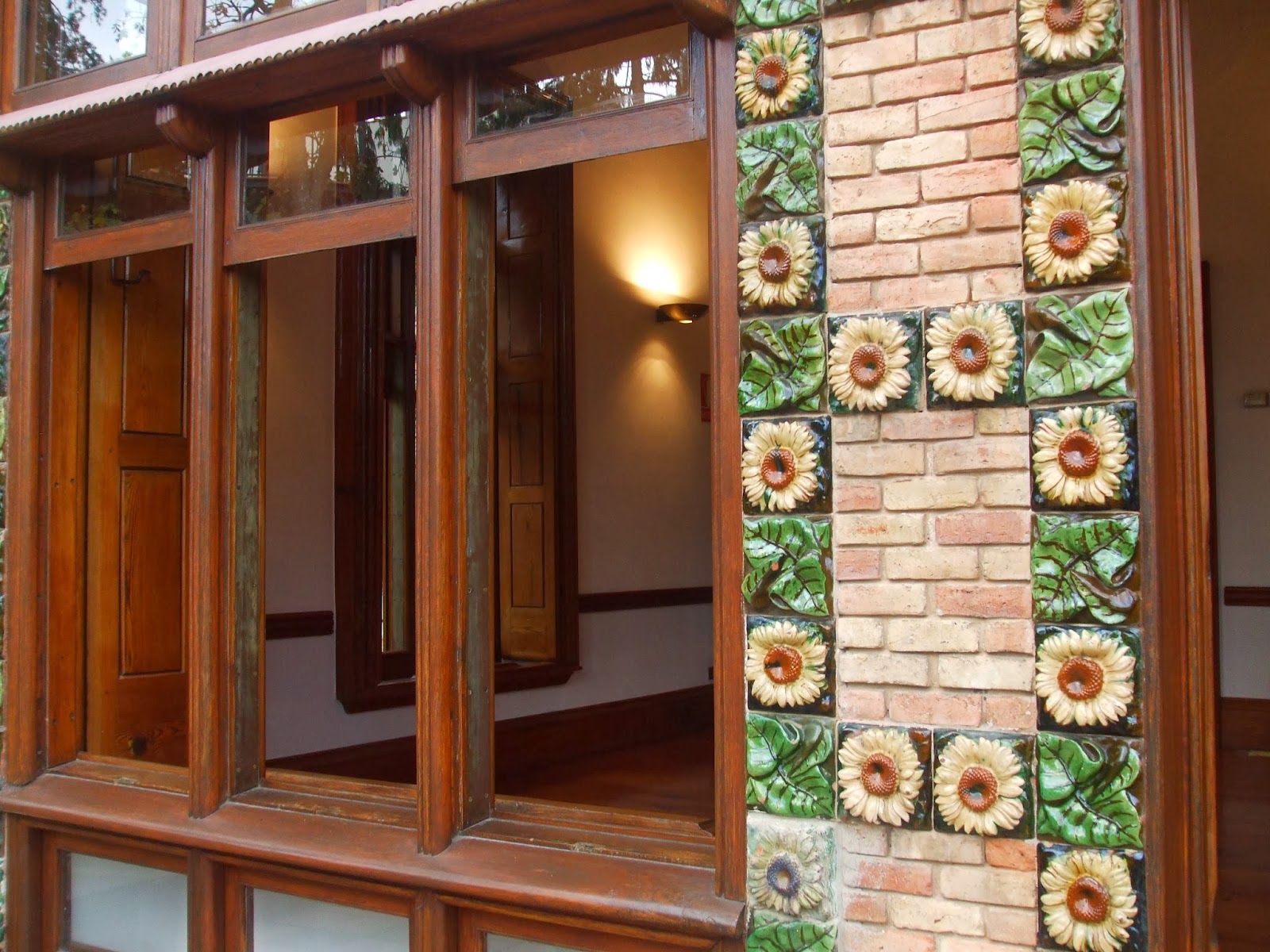 Next on the list was the tiny village of Santillana del Mar. In Spanish it's known as the village of three lies - no es Santa, no es llana y no hay mar (it doesn't have a saint, it's not flat and it's not near the sea). 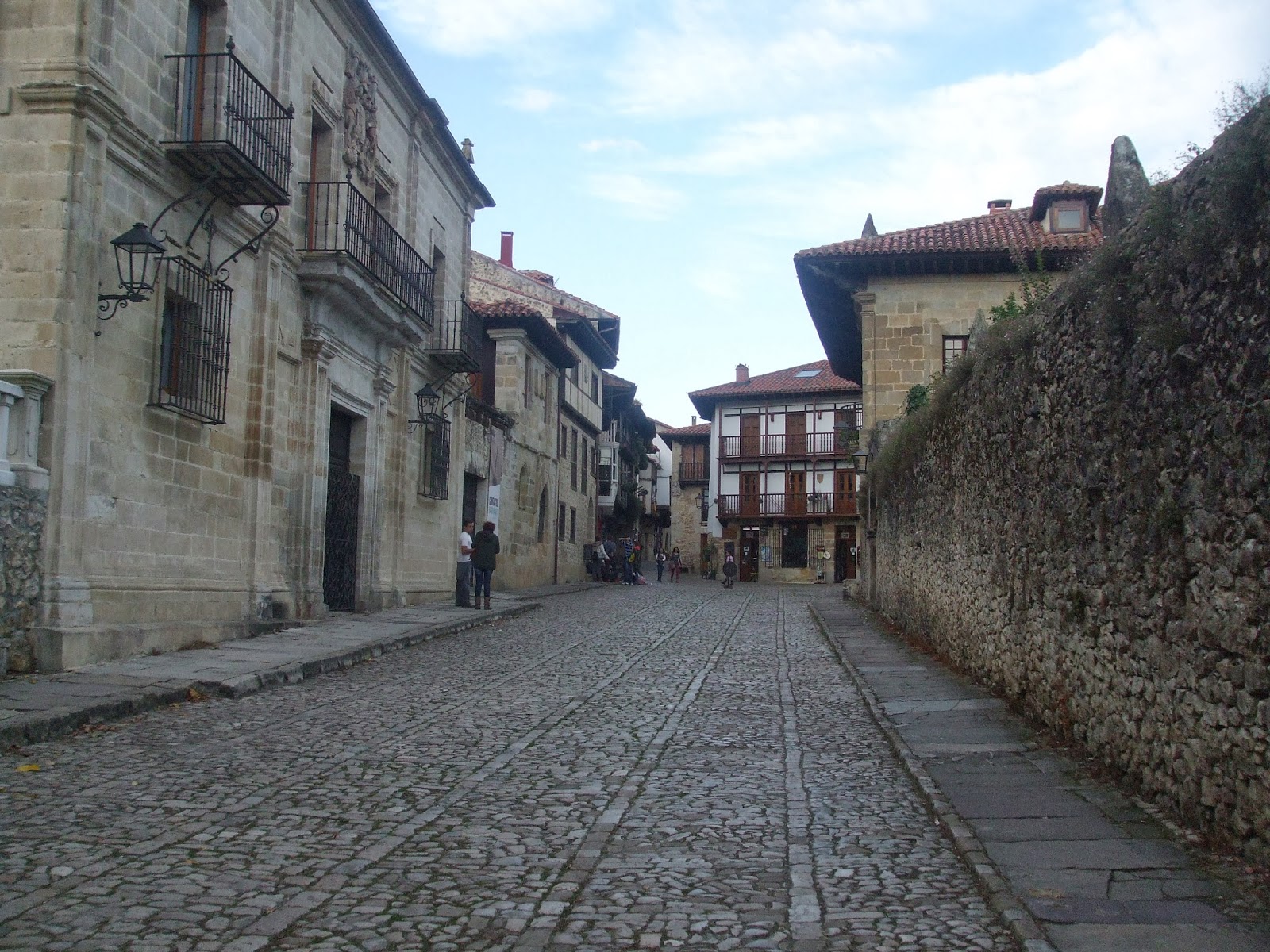 Again, I'd been here before and absolutely fallen in love with the place. I must have driven my friends crazy by talking about it so often! 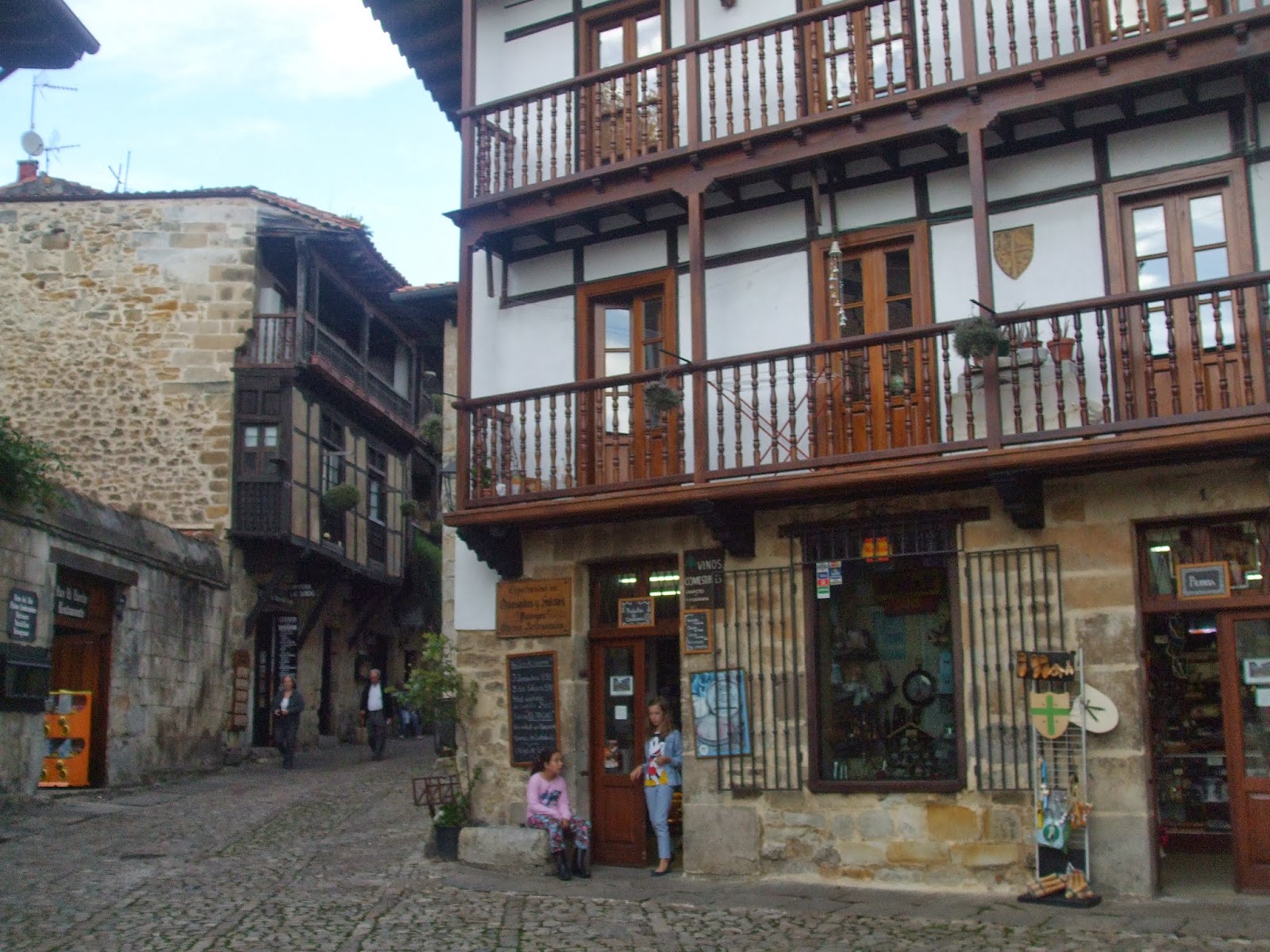 The streets are cobbled and lined with shops selling jewellery, traditional foods and homeware. 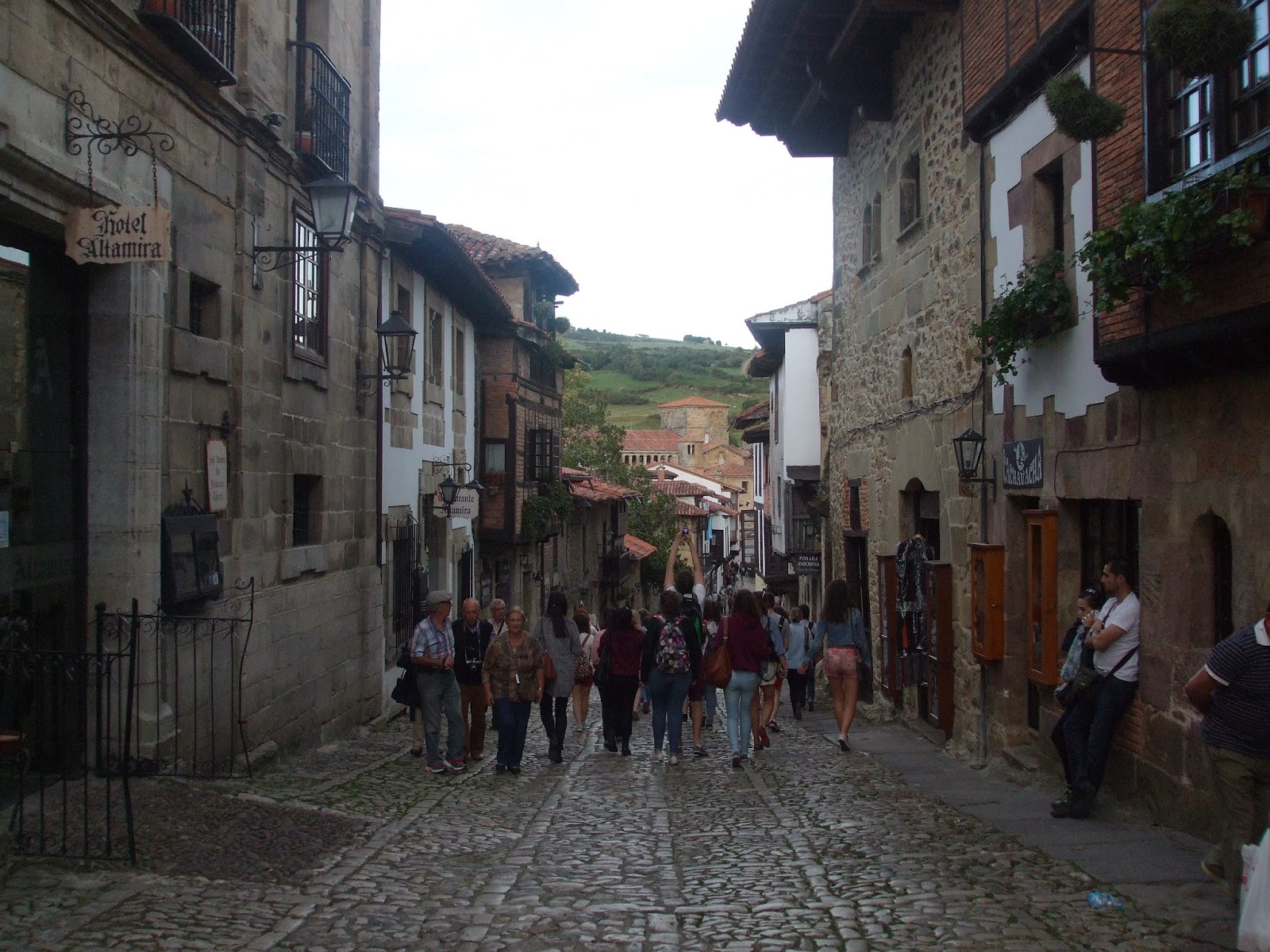 There are restaurants and even a torture museum if you're brave enough to take a look!

Whilst some of the items in the shops can be rather expensive (read: €3.50 for a bar of chocolate), there are other little gifts that you wouldn't mind paying as much for.

They say that leather bags are very typical of the area; so how could I resist when I hadn't bought one the last time? 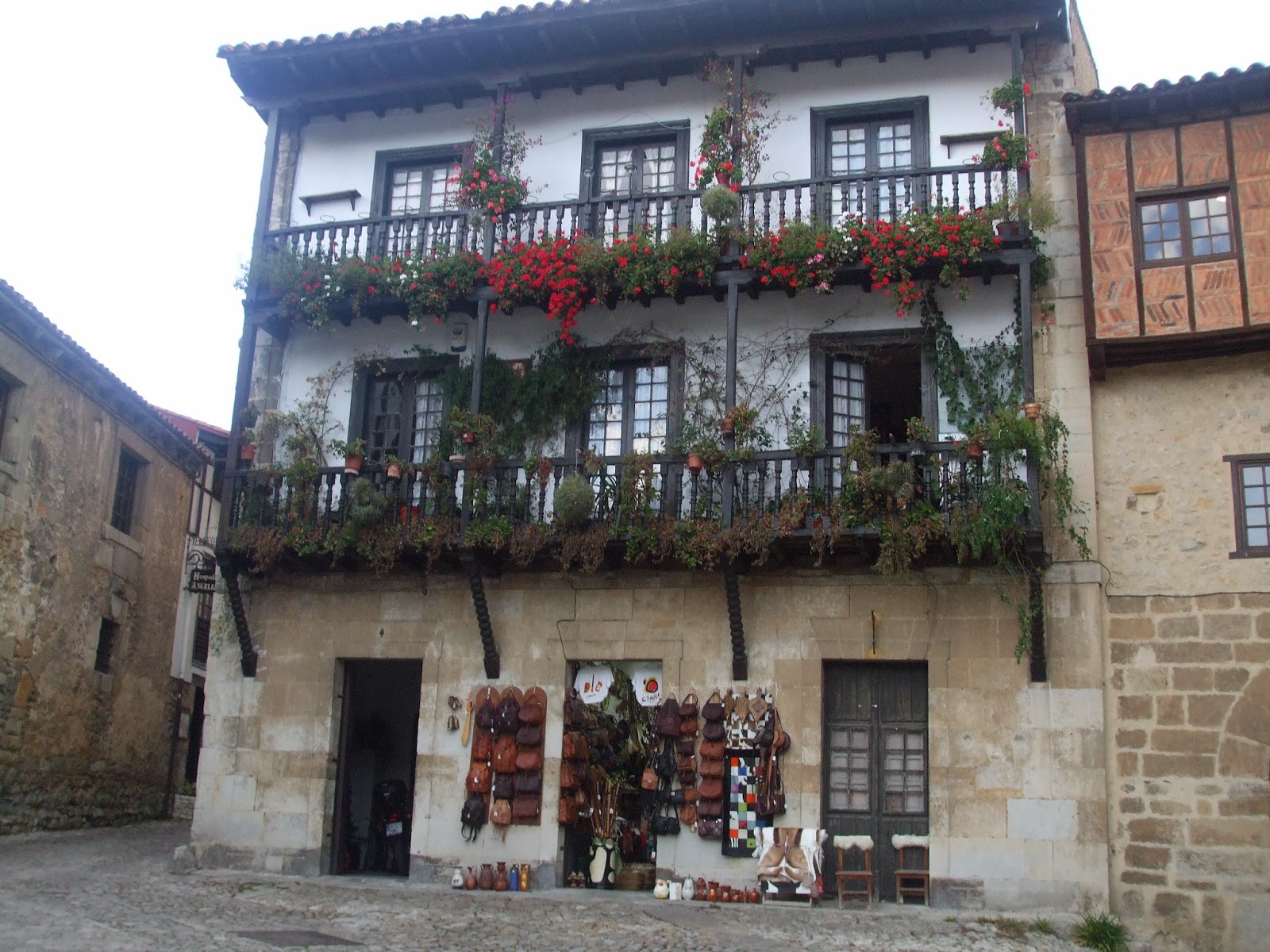 It had started to get late and so we walked back to the bus just as darkness fell. The street lamps were lit and a slight warmth pervaded the air. Filled with the joy of my recent leather purchase, I fell asleep as we made the homeward journey to Santander. 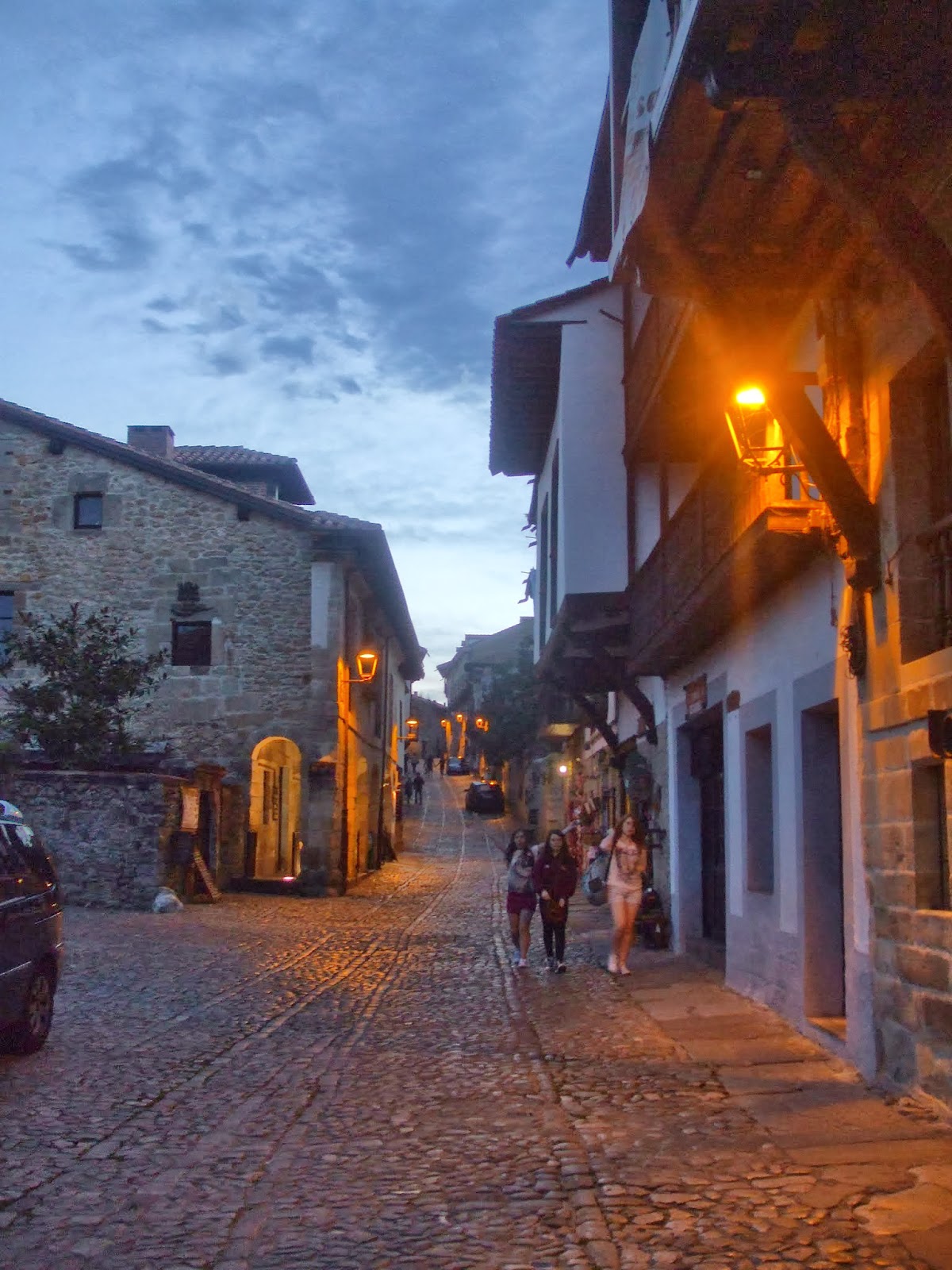