The third day meant that it was time for us to move. After a final walk around Uppingham, it was on to Cambridge - one of the most beautiful places I have ever seen. Filled with charm and character, I've definitely found another town to add to my list of places to live!

At first, we were a bit lost, and ended up wandering around by the river… 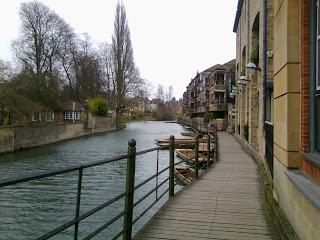 and all around the streets! 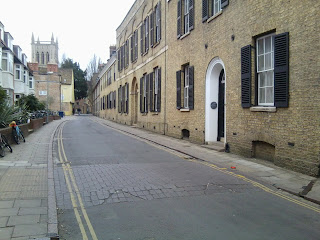 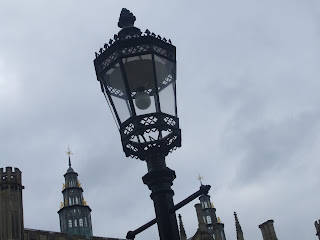 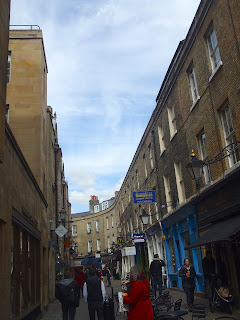 It was bitterly cold and so we dived into a café that my dad used to know. It's changed ownership now but they still make a good sandwich!  (Find them here.) 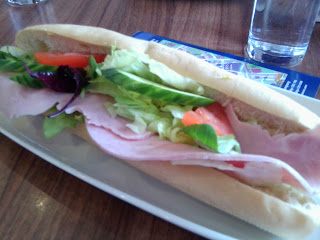 Ham salad baguette for me. 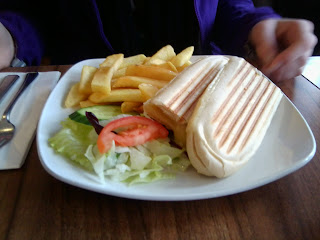 Warm cheese panini and chips for the sister. 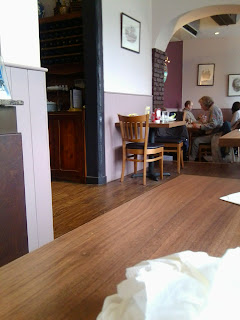 We were all really impressed by the quick service and efficiency of the staff. 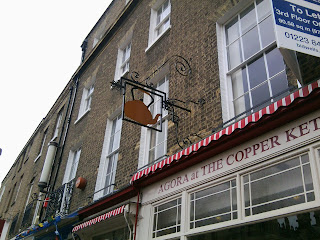 It's directly opposite King's College and so we had a lovely view! 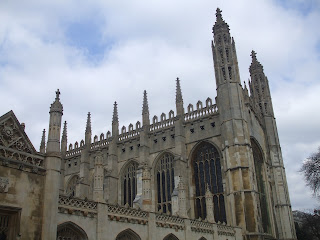 I really would recommend a trip to a few of the colleges. We managed to look round about four and they were all breathtaking, especially since they are all different in style. 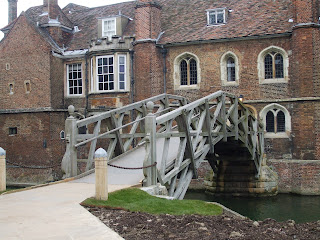 The famous Mathematical Bridge. Queens' is even more stunning on the inside! 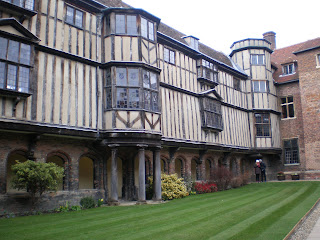 That evening, we visited Carluccio's restaurant. I've watched his tv programme "Two Greedy Italians" - a must-see - and I've enjoyed flicking through one of his pasta books at home. But what would his food be like? 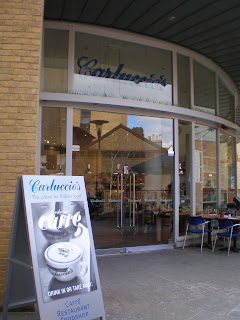 First impressions were good. On walking in the door you are greeted by a lovely delicatessen, selling sun dried tomatoes, pasta, balsamic vinegar and olive oil, to name the most well-known. There were other goodies on display as well, though - huge meringues and slices of cake, plus unusual beans and peppers. If only I'd been able to bring some back on the plane! 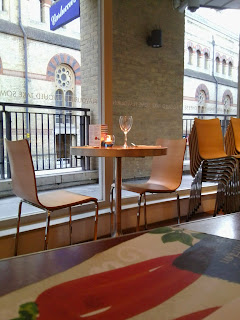 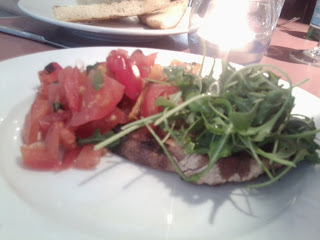 We began with a tasty bruschetta and some garlic bread - though be warned, it's strong! 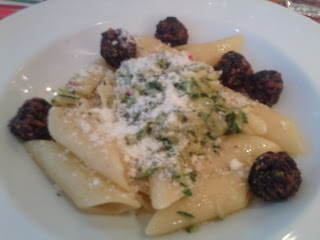 Whilst the other members of my family chose more traditional pasta alla puttanesca or ravioli, I opted for the penne giardiniera - spinach balls with garlic and lemon courgette, served with large penne pasta and lots of cheese. The spinach balls were divine! Plus, from every sale, 50p is given to Action Against Hunger. 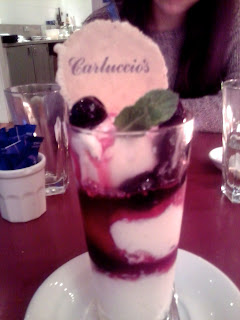 We finished the meal with a coppa di gelato all'amarena - cherry sundae. Simple but delicious, it was made up of creamy vanilla ice-cream topped with cherry sauce and rich cherries. I think I'll try my own version come summer! 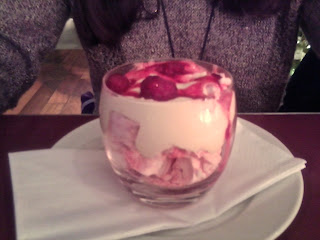 Raspberry meringue with passionfruit cream was another choice. Fresh and fruity; just the thing if you fancy a lighter style of pudding.

Have you been to Cambridge? Did you like it?
Labels: buildings england restaurant review travel