I have been a really terrible blogger. I tell you that CIC is a food blog, yet how much food has appeared on it recently? Next to none.

I decided that it was time for change, so I bought some Smarties and prepared to make rainbow cookies for eating warm with milk.

... Until I realised that I didn't have enough butter! (Isn't that just the most disheartening thing?)

After some quick thinking I came up with this fruity soda bread, inspired by a loaf I had at a cottage near Coleraine. It's the perfect bread recipe as it doesn't require any proving at all, yet it's a bit more special than your average loaf. I made it on Sunday morning and let it bake while I got ready for church, then took it out of the oven and left it to cool while I was away. You can also bake it in a rectangular tin if that's more your thing, though I like the rustic appearance of baking it in a round. 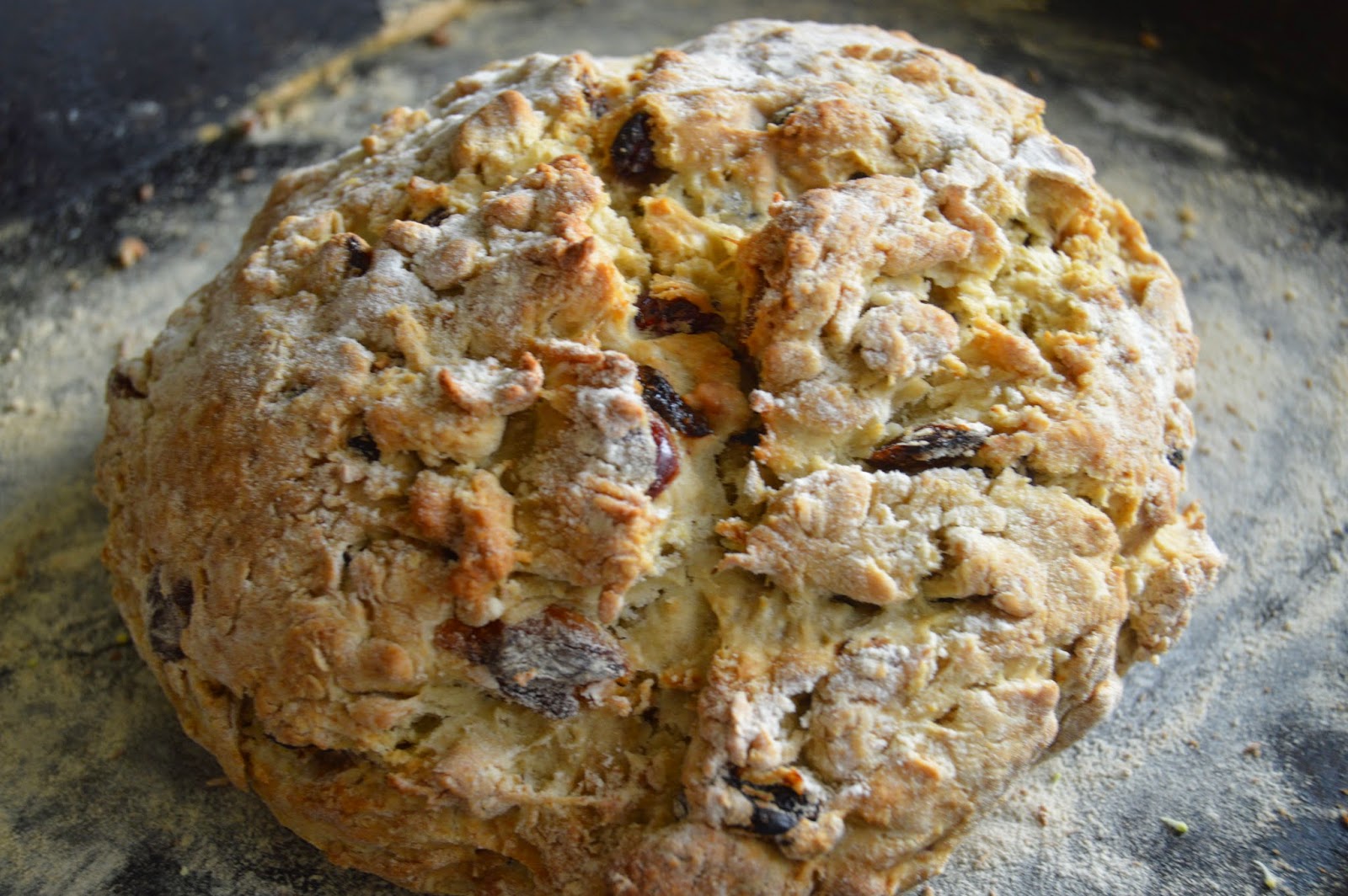 It's a good solid loaf. There's a hint of bitterness from the bicarb which contrasts with the juicy sultanas and cranberries, and it's given a refreshing twist with a little bit of orange. Eat warm (or toasted) with butter and a milky cup of tea. 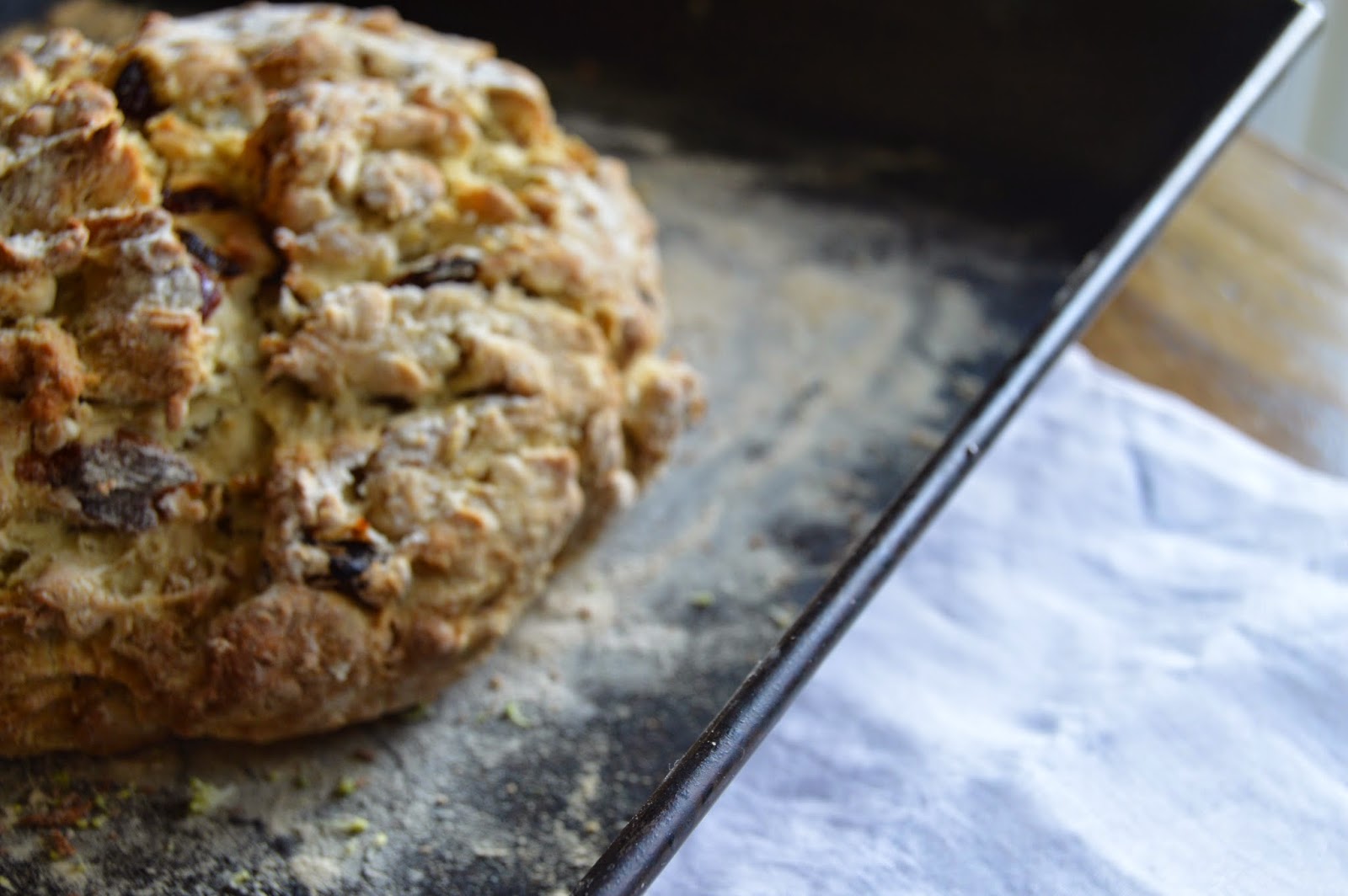 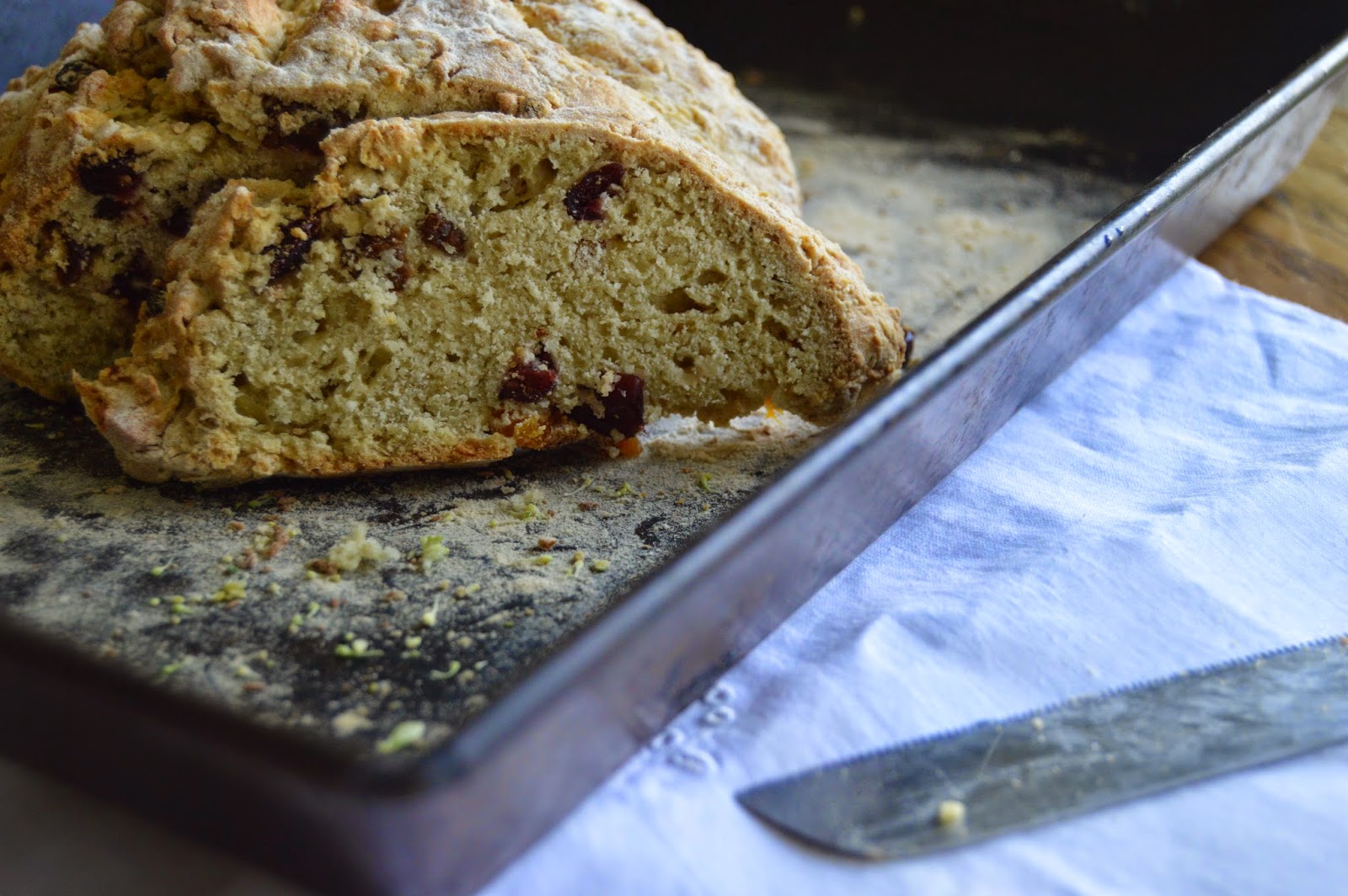 450g plain flour
1tsp bicarbonate of soda
1/2 tsp salt
2tsp caster sugar
25g butter
About 350ml buttermilk or ordinary milk soured with some lemon juice
50g cranberries
50g sultanas
50g dried apricots,  chopped
Zest of 1 orange or 1/2 tsp of orange extract
1. Heat the oven to 220 / 200 Fan. Lightly flour a mediumm sized baking tray.
2. Sift the flour , bicarb and salt together into a bowl. Stir in the sugar. Cut the butter up into small pieces and rub in until the mixture looks like breadcrumbs.
2. Stir in the dried fruits and orange extract. Slowly add the buttermilk and combine until the mixture forms a wet dough.
3. Flour hands and a work surface. Tip the dough onto a work surface and lightly knead three or four times, then shape into a round.
4. Place on the baking tray, score an X across the top and sprinkle with flour. Bake for 35 minutes, until golden brown and it makes a hollow sound when tapped on the bottom. Cool on a wire rack before eating. 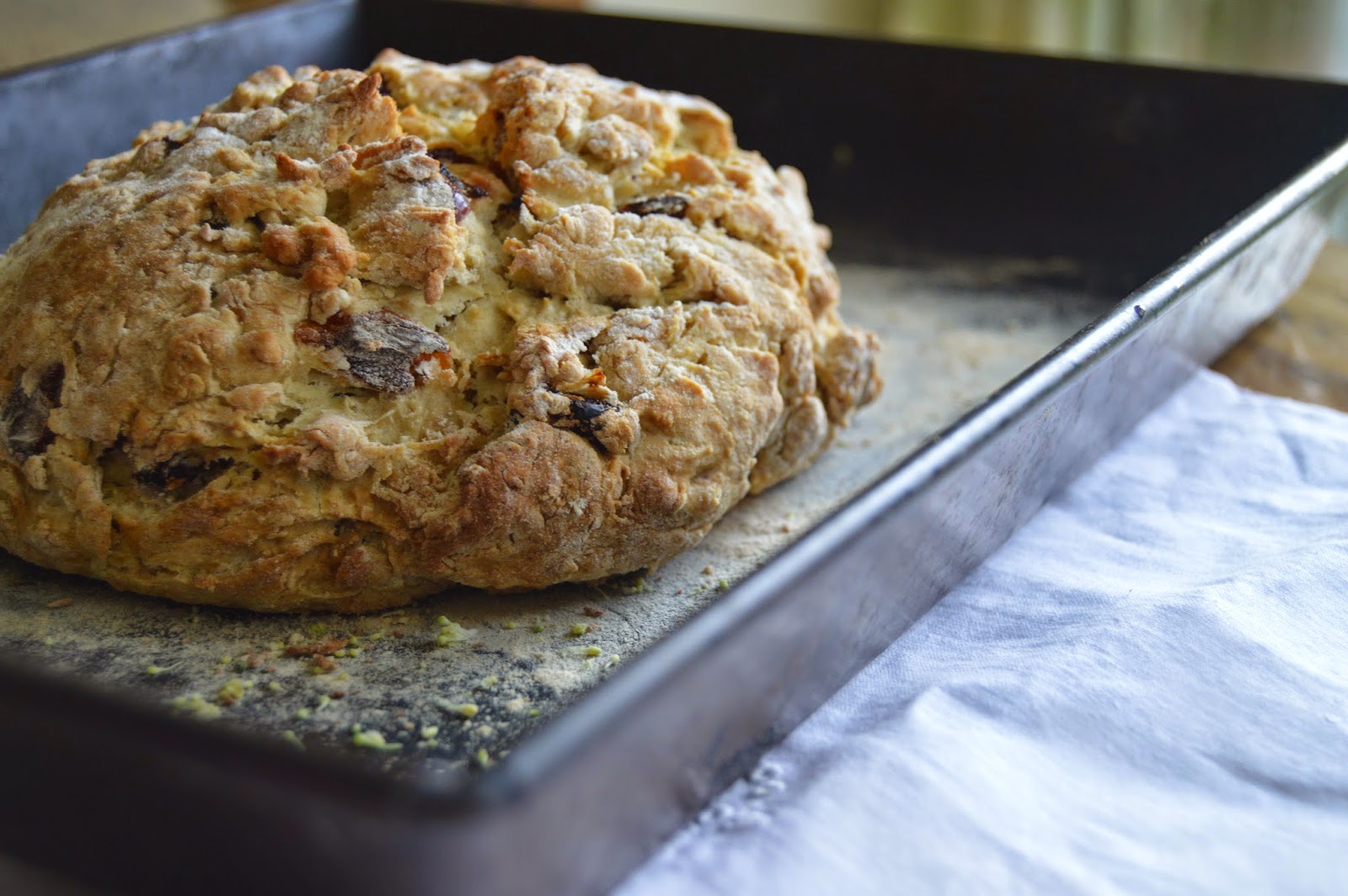