I just wanted to write a little post to tell you about a cookery course that I took one Saturday in November.

It was a birthday present from my family, and to be honest it was one of the best birthday presents I've ever had - even if I did have to wait patiently for two months before I 'received' it!

I picked the 'Effortless Entertaining' course at James Street South in Belfast. The main restaurant has recently been refurbished, and the cookery school is upstairs on the second floor. It's a small room, with a dining table at one end and the kitchen at the other.

I was in a class of eight people, which was a nice number as it meant that the atmosphere wasn't too hectic. We sat down for tea and coffee and told the table who we were and talked about the type of things we liked to cook. As the day went on I realised that most of the people taking the course were really into their food and so it was lovely to find some foodies like me!

We cooked under the watchful eye of Chef Brian. Born and brought up in Northern Ireland, he moved to France when he was seventeen (my age, eek!) to learn how to cook. He's worked in many famous restaurants under well known chefs such as Gordon Ramsay and Michel Roux Junior. He was obviously very talented and it was a treat to be in such close contact with a professional chef.

Over the four hours we cooked three dishes: a starter, main and dessert.

For starter we made a carrot and beetroot salad with balsamic dressing, topped with pan fried scallops. This was such a simple recipe yet it tasted fantastic. I'd never tried scallops before so I had been looking forward to tasting them. It's safe to say that they're now another option for me when I see them on restaurant menus! 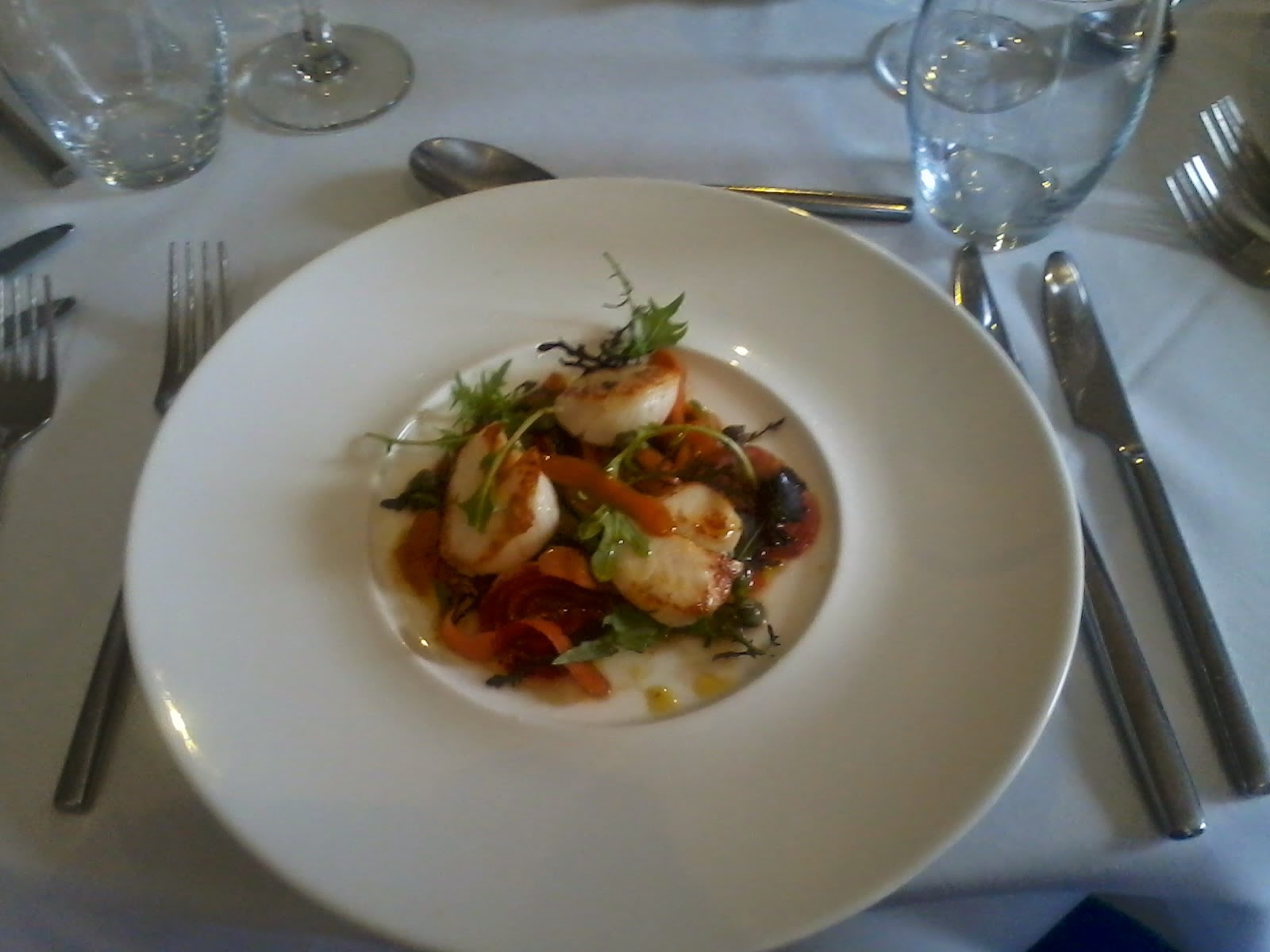 For main course we cooked a rack of lamb with roasted vegetables and an aubergine 'caviar', which involved rubbing an aubergine with garlic, herb and olive oil and baking it in the oven until soft. We then scooped it out of the skin and mixed it with some tomatoes that we'd skinned earlier. This dish tasted divine and it really encouraged me to work on my meat prepping skills as I mainly stick to cooking chicken.
I think Brian took pity on me as he decided to help me plate my main course after seeing the mess that was my starter! Still, it was fascinating to see how the plates are prepared. Those vegetables that look as if they've just been thrown onto the plate? Nope, they've been carefully layered up to create a beautiful 'organic' shape. 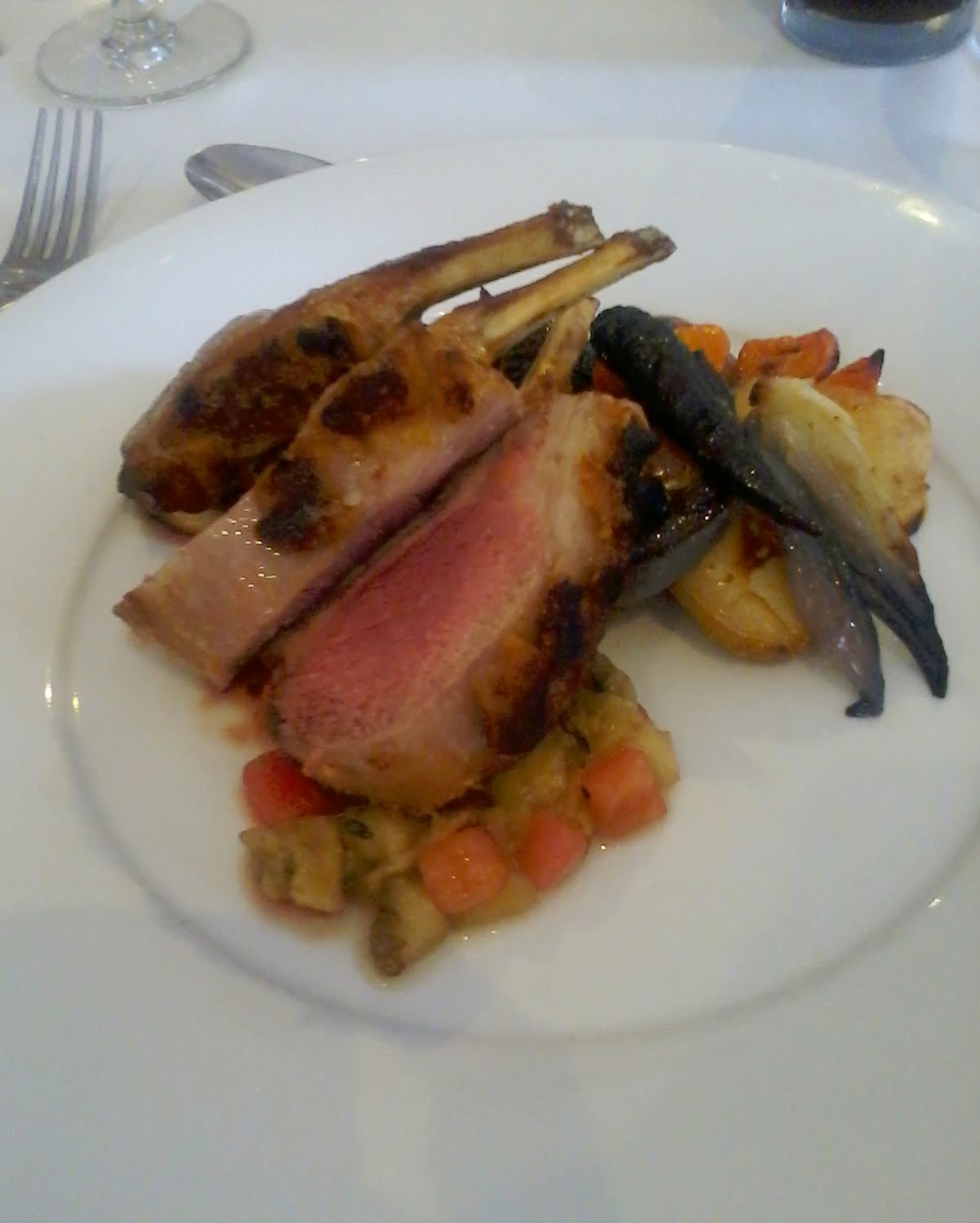 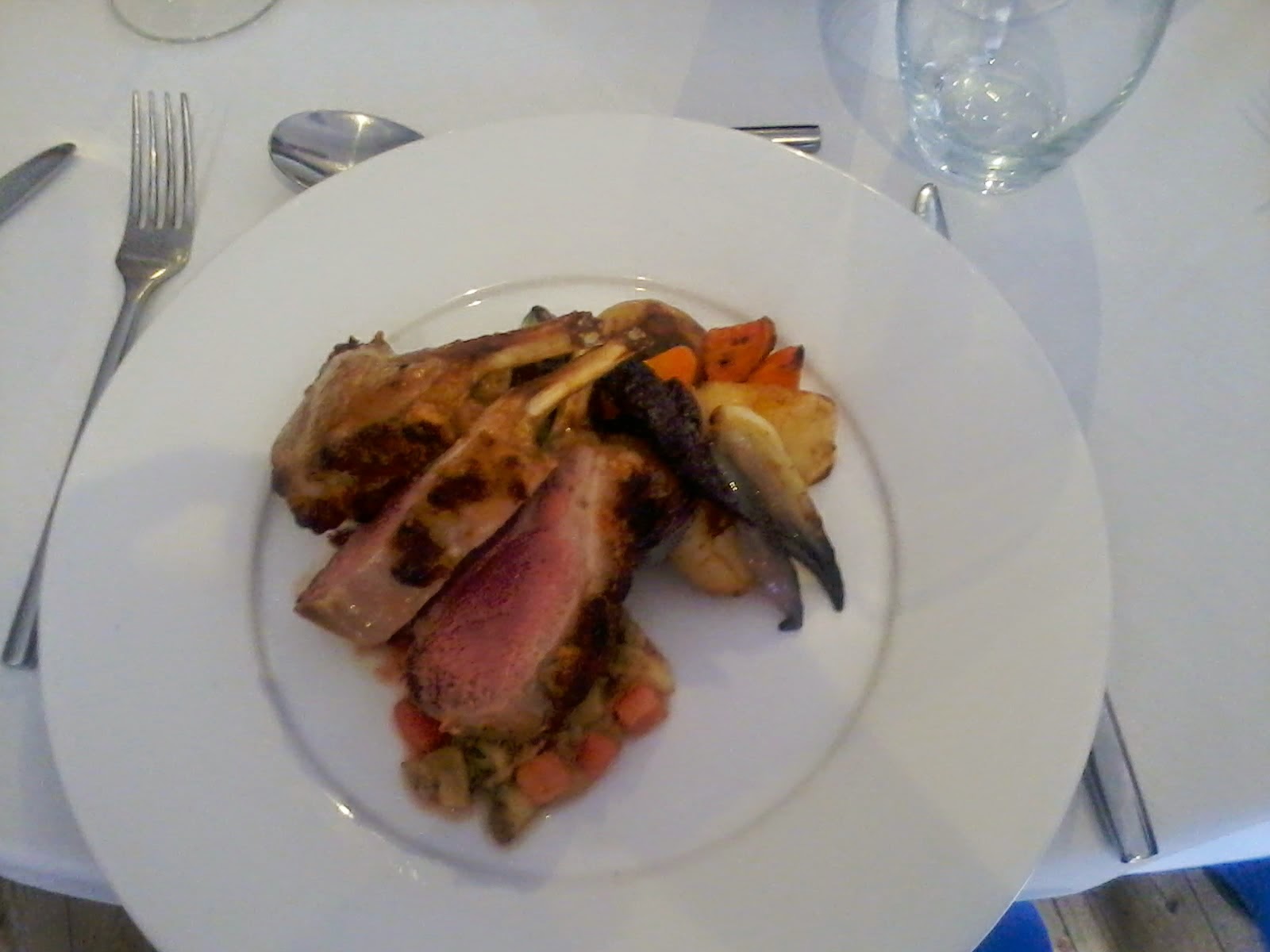 Having eaten mainly vegetables up until now, it was time to make dessert. We'd seen the menu in advance and this was the dish I was the most excited about because I'd been intending to make it for years but had never gotten round to it. It involved some raspberries, custard, sugar and a blowtorch.
Crème Brûlée, of course! 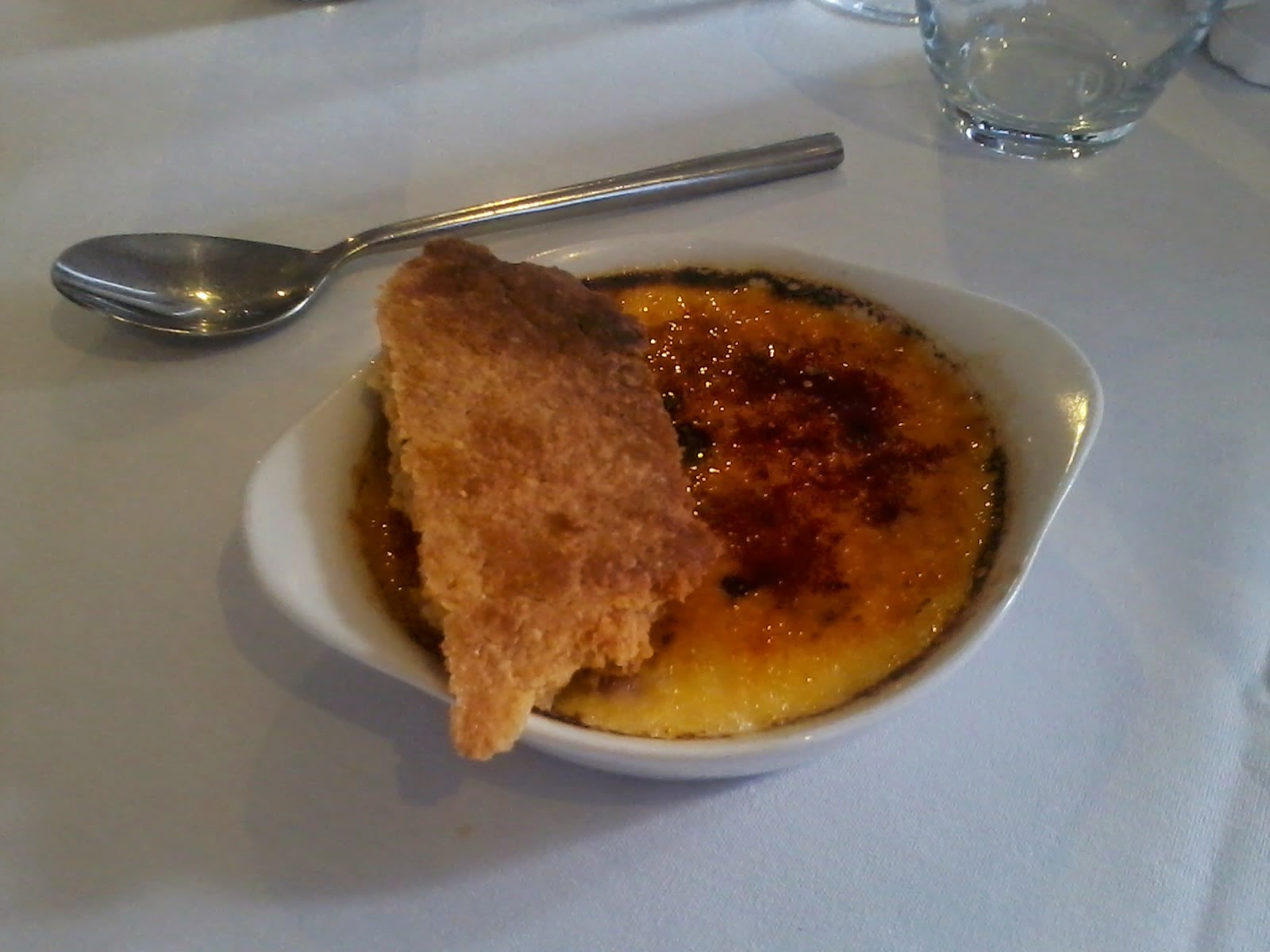 This was really fun to make and probably the most technically challenging part of the whole course. That said, it didn't seem too difficult because Brian was on hand to guide our every move. We also made little buttery sable biscuits to eat with the brûlée. I've actually made this since the course, with a blowtorch I conveniently received for my birthday a few years ago. (Don't judge. It's a beautiful piece of kit - compact and easy to hold but it creates some fantastic results.)

We were able to sit down and eat our dishes after we'd cooked them and our little group all oohed and aahed at the flavour combinations. I came away from the school clutching a classy black apron and numerous take away trays of leftover vegetables and biscuits.

It really was a magical experience and I would highly recommend it. It's a little bit different from your average day out and you'll learn some new skills as well as increase your confidence in the kitchen. There's a course for everyone, too - curries to fish to desserts to Christmas food - so you've no excuse!

Find the courses here, or alternatively go to their restaurant for an evening out.
Labels: day out life review trip